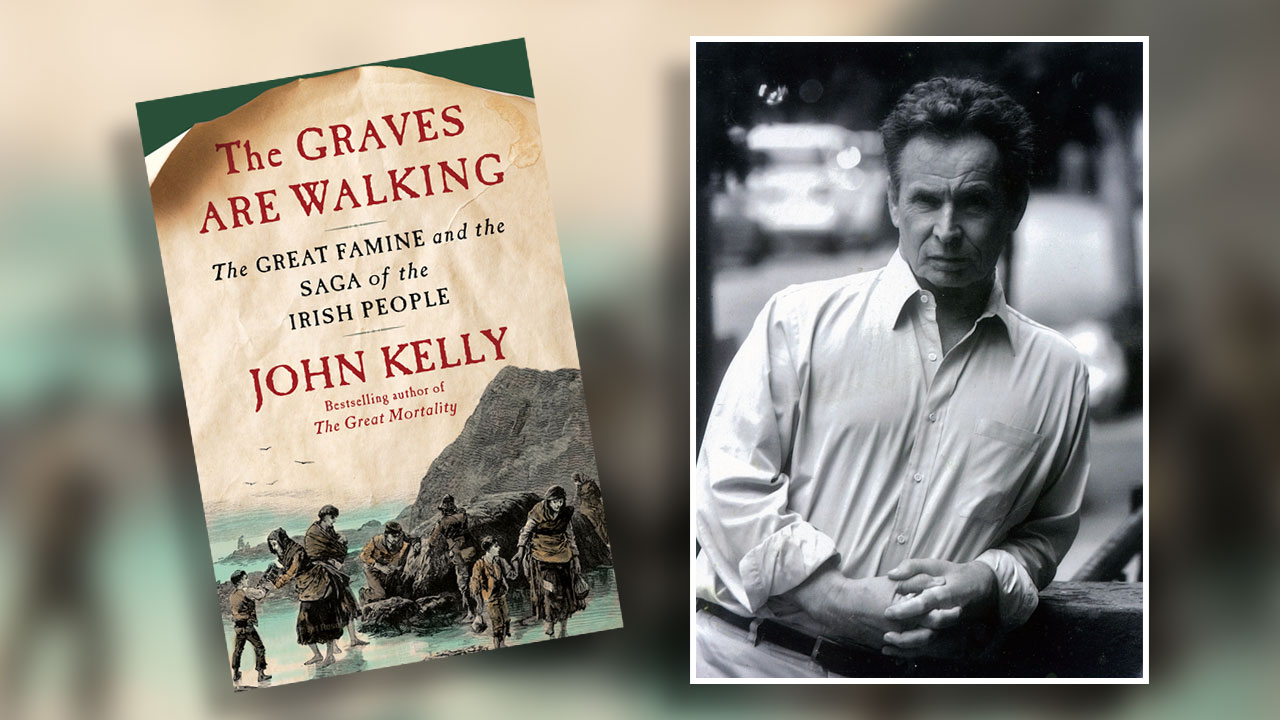 Author John Kelly will discuss his latest book, “The Graves are Walking: The Great Famine and the Saga of the Irish People,” at Ireland’s Great Hunger Museum at Quinnipiac University, 3011 Whitney Avenue, from 5:30-6 p.m. on Thursday, Feb. 7.

Kelly will then hold a book signing at the museum from 6-7 p.m. This event is free and open to the public.

“The Graves are Walking” is a magisterial account of one of the worst disasters to strike humankind—the Great Irish Potato Famine—conveyed as lyrical narrative history from the acclaimed author.

Praised by historians and President Clinton, “The Graves Are Walking” is deeply researched, compelling in its humanity and startling in its conclusions about the decisions behind this tragedy. Kelly’s recounting of the story of the Great Hunger resonates today as history that speaks to our own times.

Kelly is the author of nine books about science, medicine and human behavior, including the critically acclaimed “The Great Mortality” and “Three on the Edge.” He lives in New York City and Sandisfield, Mass.

Praise for “The Graves Are Walking”

“An engrossing narrative of the famine, vividly detailing Victorian society and the historical phenomena (natural and man-made) that converged to form the disaster.”—The Economist

“A moving account of the famine . . . Kelly has produced a powerful indictment of the British mind-set in the 19th century, and of the British policy that resulted from it.” —The New York Times Book Review

“This fine book is sourced largely from contemporaneous accounts and is thoroughly documented. It is a witheringly bleak portrayal, extraordinarily detailed and gracefully written. Everyone who holds a policy-making position in government today or tomorrow should study this book.”—The Washington Independent Review of Books

“Magisterial . . . Kelly brings the horror vividly and importantly back to life with his meticulous research and muscular writing. The result is terrifying, edifying and empathetic.” —USA Today

“Though the story of the potato famine has been told before, it’s never been as thoroughly reported or as hauntingly told.” —New York Post

“In humanizing the complexities of the Great Famine, John Kelly’s emotional history of the time makes for a compelling and heartbreaking read – Kelly doesn’t shy away from the kind of vivid descriptions and heightened language more often associated with poetry than historical writing.” —The Irish Times