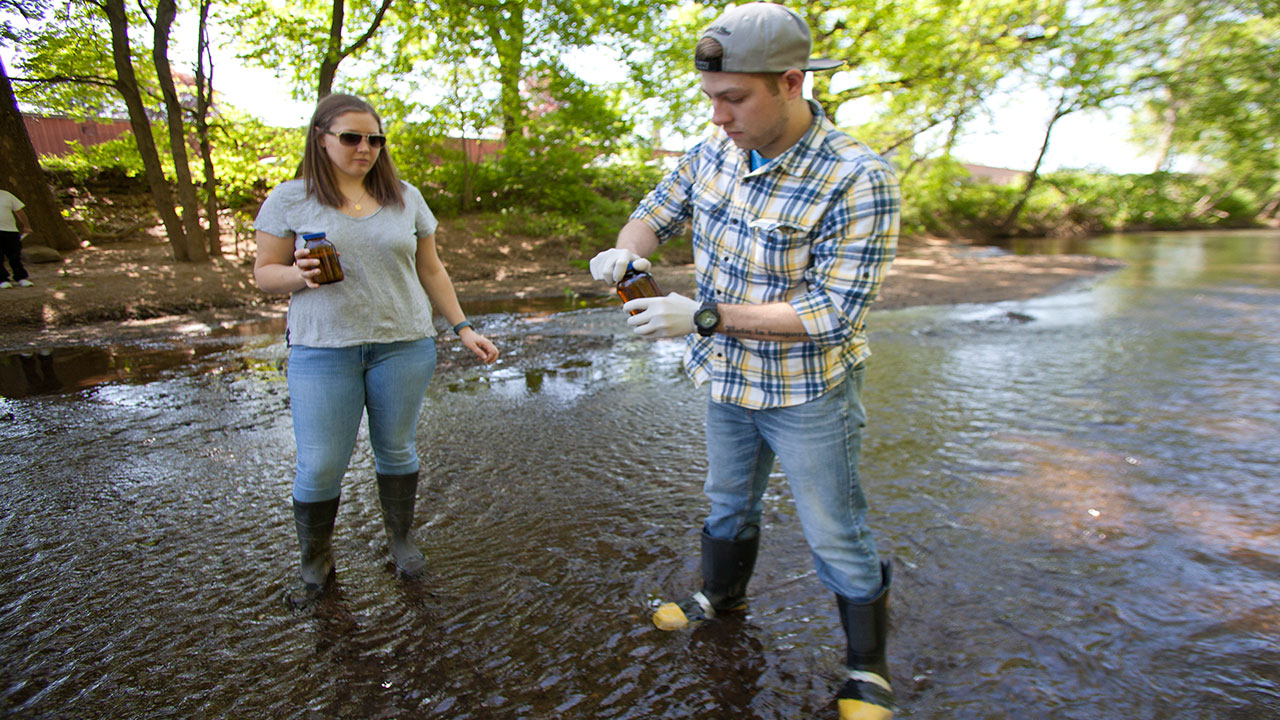 Courtney McGinnis, left, assistant professor of biology at Quinnipiac University, and student John Chiari of Wallingford have started an eight-week study that will identify and quantify known pollutants in water from the Quinnipiac River.

Quinnipiac University has received an $18,000 grant from the Community Foundation for Greater New Haven to continue its investigation of pollution in the Quinnipiac River.

Harry Pylypiw, professor of chemistry, Courtney McGinnis, assistant professor of biology, and their student, John Chiari, began studying the river for the summer on May 12.

“I’m excited about going out into the field,” Chiari said. “I enjoy trying to implement the things I’ve learned in lab and in the classroom. There will be a lot of chemistry and organic chemistry involved and it will be interesting to see how that affects the environment.”

This eight-week study will identify and quantify known pollutants diethylhexyl phthalate, benzyl butyl phthalate, along with other phthalate plasticizers and organotins in water from the Quinnipiac River, with particular attention to the parts of the river from Community Lake in Wallingford to the mouth of the tidal basin in New Haven.

Quinnipiac has received the grant every year since 2010. Pylypiw, McGinnis and Chiari, who is the seventh student to participate since 2010, will work about 40 hours per week.

Efforts will also be directed to known industrial discharge points such as Cytec Industries in Wallingford. The analysis of these organic chemical contaminants in water and sediments will be investigated for their potential to accumulate in the Quinnipiac River and its watershed.

“I’m excited to get out and investigate the health of the Quinnipiac River,” McGinnis said.

The findings will be presented to the Community Foundation for Greater New Haven in the fall.