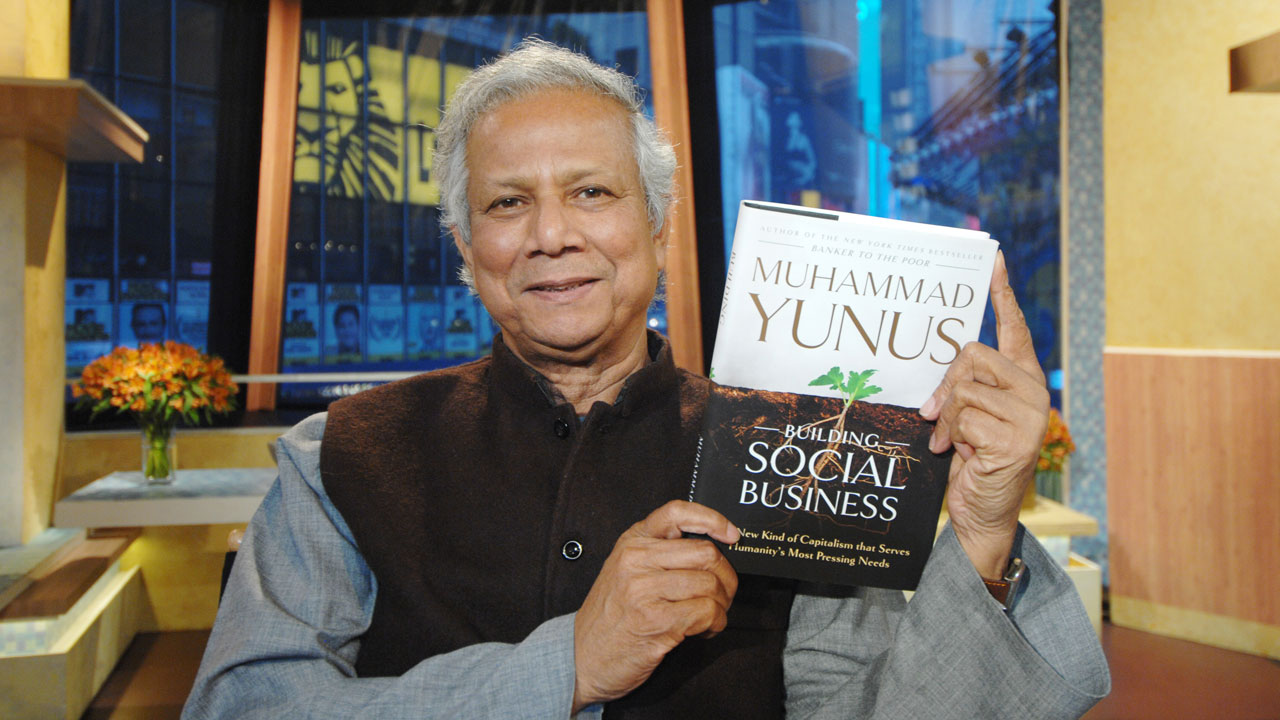 Nobel Peace Prize winner Muhammad Yunus, who founded the practice of microcredit as a means to combat global poverty, will speak at Quinnipiac University at 7 p.m. on Wednesday, March 6, at Burt Kahn Court on Quinnipiac’s Mount Carmel Campus.

Yunus, who also received the U.S. Presidential Medal of Freedom in 2009 and the U.S. Congressional Gold Medal in 2012, will deliver the lecture “Microcredit and Social Business for Poverty Reduction.” The event, sponsored by Quinnipiac’s School of Business and Albert Schweitzer Institute, is free and open to the public.

Yunus, a Bangladeshi economist driven by his belief that credit is a fundamental human right, established the Grameen Bank in Bangladesh in 1983.

From Yunus’ personal loan of small amounts of money to destitute basket weavers in Bangladesh in the mid-70s, the Grameen Bank has advanced to the forefront of a burgeoning world movement toward eradicating poverty through microlending. Replicas of the Grameen Bank model operate in more than 100 countries worldwide.

“Dr. Yunus is not just the father of microlending, he is also the visionary behind  ‘social business’ as something distinct from traditional, profit-oriented business and from social entrepreneurship,” said Mohammad Elahee, professor of international business and native of Bangladesh who helped arrange Yunus’ visit to Quinnipiac.

“Because of Yunus’ efforts, millions of people, and especially destitute women, have been uplifted from abject poverty and now live with dignity. His ideas present a new direction for attaining global peace,” Elahee said.

Born in 1940 in the seaport city of Chittagong, Yunus studied at Dhaka University in Bangladesh and received a Fulbright scholarship to study economics at Vanderbilt University. He earned his doctorate in economics from Vanderbilt in 1969 and the following year, became an assistant professor of economics at Middle Tennessee State University. Returning to Bangladesh, Yunus headed the economics department at Chittagong University.

From 1993 to 1995, Yunus was a member of the International Advisory Group for the Fourth World Conference on Women, a post to which he was appointed by the United Nations secretary general. He has served on the Global Commission of Women’s Health, the Advisory Council for Sustainable Economic Development and the United Nations Expert Group on Women and Finance.