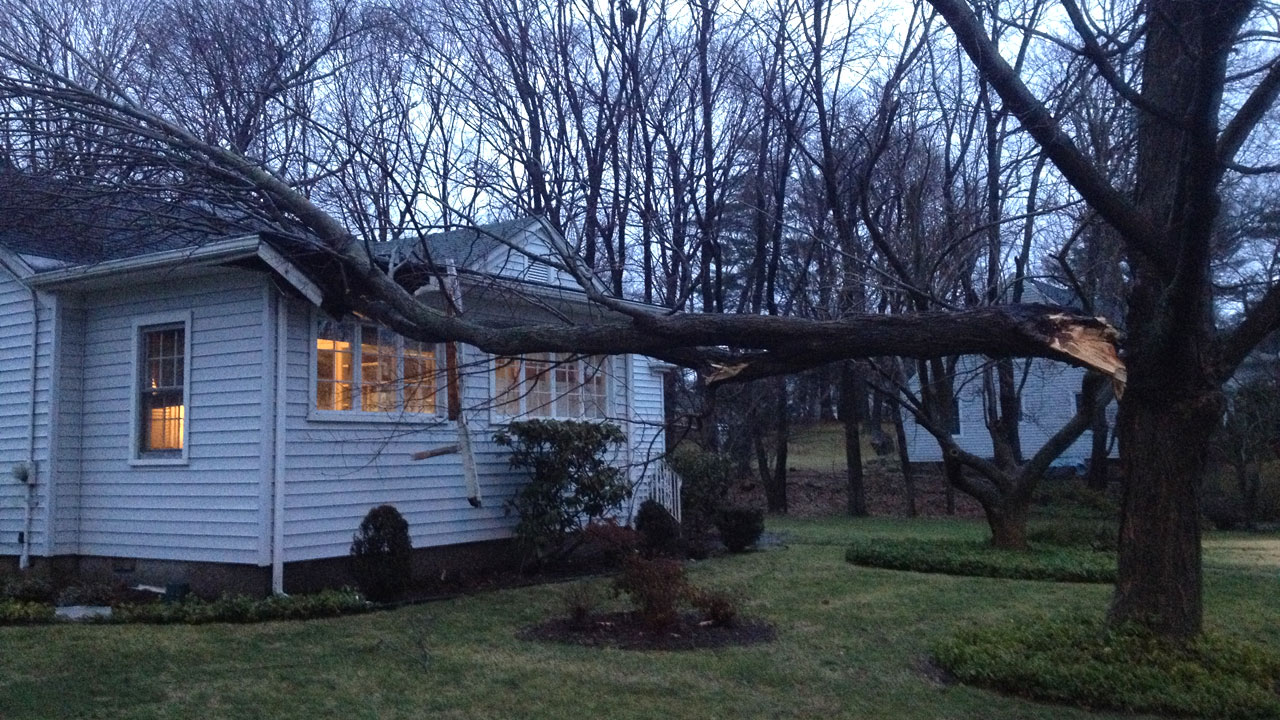 The last day of January proved to be a very stormy day here in Connecticut!  Around 2AM, the winds really picked up and a weather station just a mile from me registered a 54 mph wind gust. My station is blocked by a lot of trees so my peak wind gust along Spring Road was only 31 mph.  Personally, I had never felt wind so strong in my life. I wasn’t in town when Hurricane Irene came through but I was here during Sandy. The winds in North Haven were on par with what we received during Sandy.

Around 3AM I heard a loud noise which turned out being a tree that had broke in half and fell mere feet from my deck! I went outside to assess the damage and on my way inside my gas grill was completely blown over by the wind.

North Haven received about a half an inch of rain from this storm. We close out January with 1.68” of liquid precipitation. I’m still in the process of analyzing the January weather data from my weather station but I can tell you with strong confidence that January of 2013 was above average in temperatures. Even with that frigid cold snap that we had earlier in the month, the average high and low temps appear to be at least 4 degrees above normal.

It’s really amazing how the temperatures can fluctuate on different sides of a front. Many in the Midwest saw very mild temps one day and then frigid temps the next! Connecticut experienced the mild temperatures last night as some towns rose into the 60’s!  In the Montowese section of North Haven, I reached a high temperature of 59.5 at 3:30 AM. Just 12 hours later the temp had fallen to 44 degrees. Thursday night lows are expected to be in the mid 20’s.

There will be a chance for some flurries on Friday and then a chance for some light snow on Sunday. Here is a list of the top wind gusts from early this morning. Westbrook is the winner with a 78 mph gust! Wow!