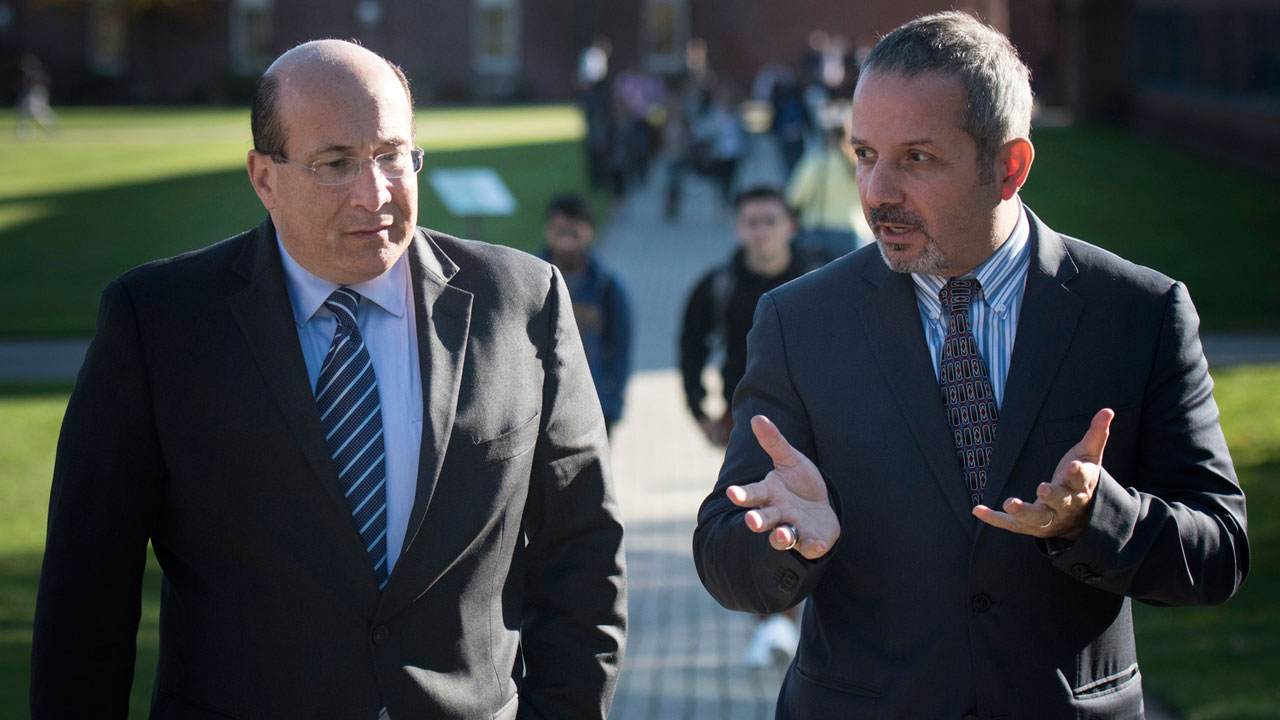 Following a turbulent election season, some students are feeling anxious. Ron Insana, a contributor to Comcast NBCUniversal’s networks CNBC and MSNBC, came to Quinnipiac University on Nov. 16, to put them at ease.

“This is an extremely exciting time and there’s no reason to feel downbeat,” said Insana, who delivered the talk, “The Economy, The Markets and the Next President,” in the Mount Carmel Auditorium at Quinnipiac. “One single election outcome isn’t going to derail the technological progress that’s being made in the United States. The opportunity is there and your skillset is there. Markets will go up and down. This is just the ongoing sweep of history.” Insana spoke at the event, which was sponsored by Quinnipiac’s School of Business and Comcast.

The direction of the economy will depend on Trump’s policies, he said. “If he starts with a $3 trillion tax cut, that would supercharge economic growth in the near term. It might not be stable, but there could be rapid growth and strong stock market performance early in his presidency.”

He added that trade wars with China and Mexico could create a global recession. He advised students remember that the future isn’t certain, no matter how much you plan.

“While you’re making plans, also plan to be flexible, because unexpected opportunities will present themselves to you as you make your way through the working world.”

In addition to being a contributor to CNBC and MSNBC, where he discusses the most pressing economic and market issues of the day, he also delivers The Market Scoreboard Report to radio stations around the country. He has written for Money magazine and USA Today and has hosted two nationally syndicated radio programs. In addition to his work as a business journalist, Insana was the CEO of Insana Capital Partners, from 2006-08, which, at its peak, managed the $125 million Insana Capital Partners “Legends Fund.”

Insana was named one of the “Top 100 Business News Journalists of the 20th Century” and was nominated for a news and documentary Emmy for his role in NBC’s coverage of 9/11.