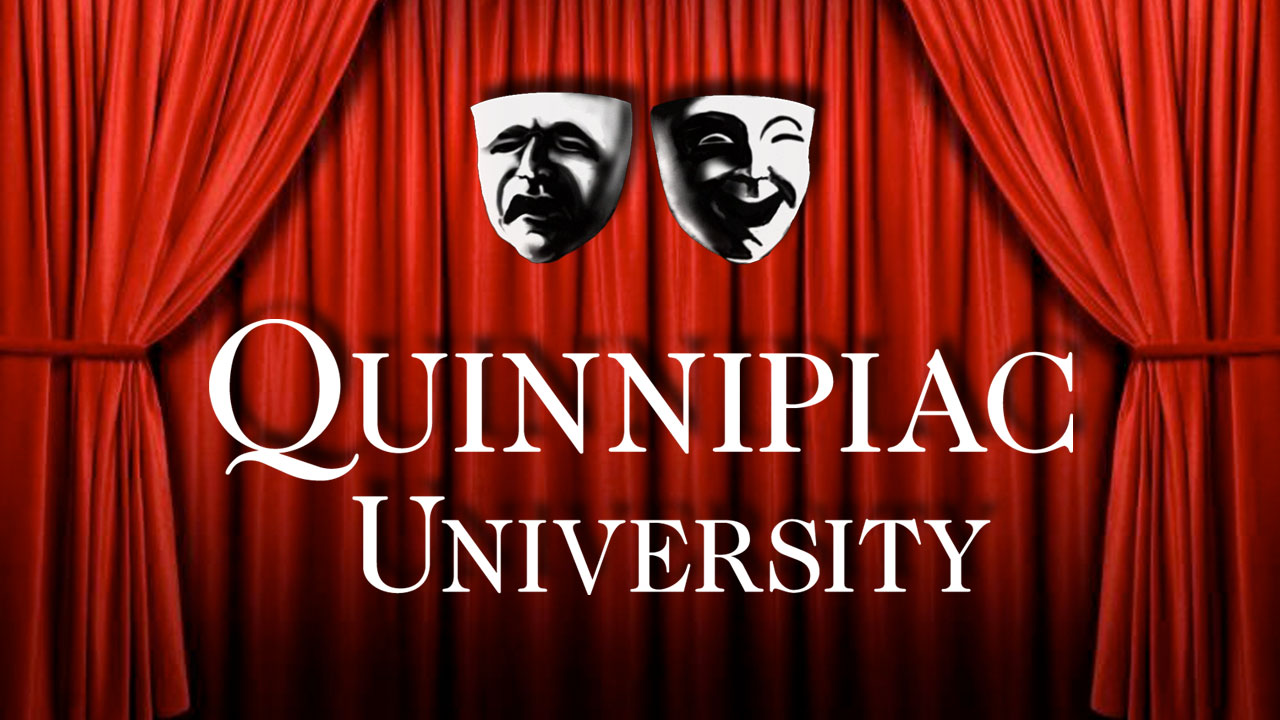 Quinnipiac University Theater for Community announced today that it will perform four productions during the 2013-2014 academic year.

The season will kick off with the senior spotlight performance of “Mauritius,” Oct. 8-13, in the Black Box Theater on the Mount Carmel Campus. Written by Theresa Rebeck, this 2007 Broadway comedy-thriller follows estranged sisters as they battle three ruthless men for two of the most valuable stamps in the world. Drew Scott, an adjunct theater professor at Quinnipiac, will direct. Performances will be Oct. 8-11 at 7:30 p.m.; Oct. 12 at 2 p.m. and 7:30 p.m.; and Oct. 13 at 2 p.m.

From Nov. 7-10, Theater for Community will perform “Mac Wellman’s Dracula,” the adaption of Bram Stoker’s novel that tells the story of the vampire, Count Dracula, as he leaves his native home to find new blood. The play focuses on the battle of a resolute group of men who saves the lives and souls of two spirited, strong-willed young women. Performances will be Nov. 7-8 at 7:30 p.m., Nov. 9 at 4 p.m., and Nov. 10 at 2 p.m in the Clarice L. Buckman Theater on the university’s Mount Carmel Campus

“This season is particularly exciting because we’re doing something we’ve never done before: A New Play Festival comprised of entirely student written, directed, and performed plays,” said Kevin Daly, visiting assistant professor of theater at Quinnipiac. “The professionals at the Abingdon will work closely with our students this semester to prepare for the festival.”

The season will conclude with a performance of “Much Ado About Nothing,” April 10-13, in the Clarice L. Buckman Theater. This modern take on Shakespeare’s classic comedy follows two lovers on their way to romance. Performances will be on April 10-11 at 7:30 p.m., April 12 at 4 p.m., and April 13 at 2 p.m.

Tickets are $8 for Quinnipiac students and senior citizens and $12 for regular admission. There is a two-for-one discount for Quinnipiac alumni on Friday and Saturday evening performances. For tickets, please call 203-582-3500.

Quinnipiac University Theater for Community is guided by the principle that theater can be a tool to foster student engagement with the local, national and global community. Students are introduced to diverse social issues and topics outside of their everyday experiences and, as a result, are forced to explore the topic from a different perspective. Using original or adapted scripts, students stage plays that address such compelling issues as revenge, war, prejudice and justice.