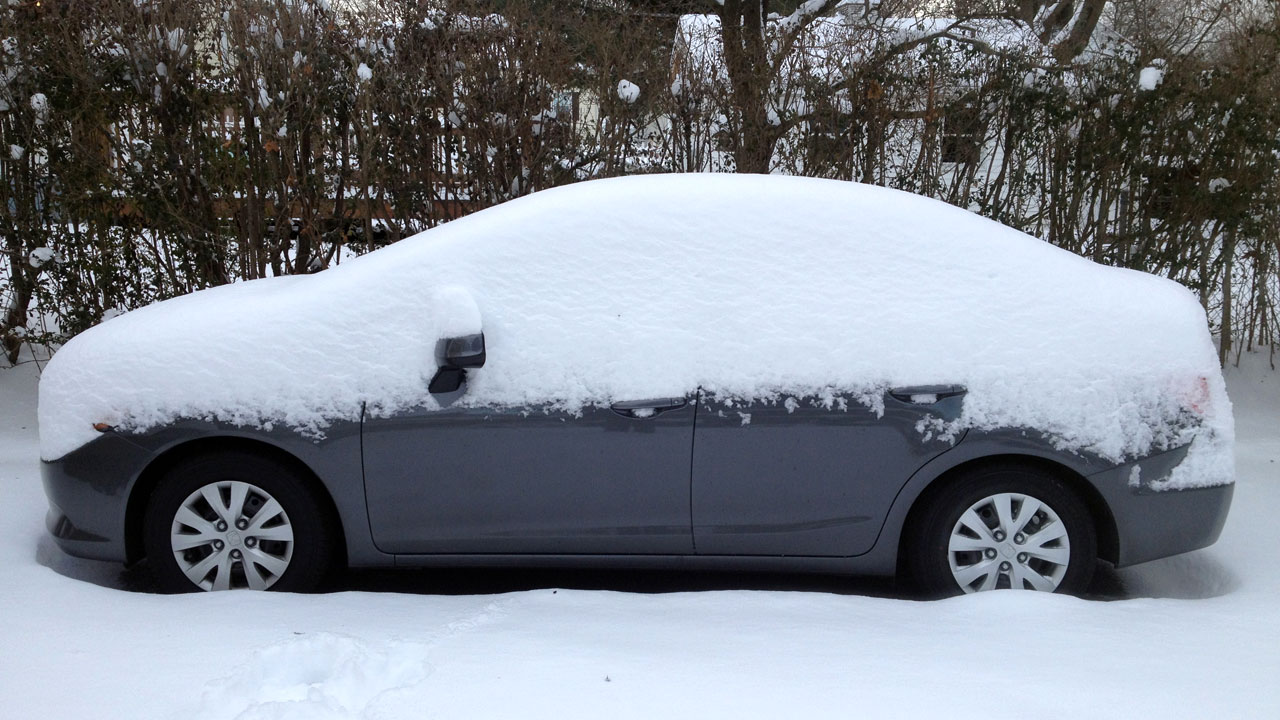 From my location in North Haven, I received just over 9 inches of snow on Saturday. The precipitation started off as some graupel but then quickly turned over to snow for the remainder of the storm. During the afternoon, the intensity really picked up and I received over two inches in just one hour! There was a report of 11 inches in Wallingford, just one town north of me. I ventured out in the snow to take my children sledding in North Branford and the roads were very slick.

I have a weather station at my location and I monitored the temperature throughout the storm. When it all began, the temp was 33° and then it dropped throughout the afternoon where it settled at 30°.

Not much melting happened on Sunday as the high temperature only reached 35°. Luckily it was just enough so that the steps and walkway could be cleared and later melted down with some salt and sand.

I had a live feed from one of my webcams that captured the storm in great detail. In fact, there was a wxedge member from Scotland that was watching the cam! Any time there is a snowstorm or severe weather event, I will have my webcam live for the world to see.

Bring on the next snowstorm!