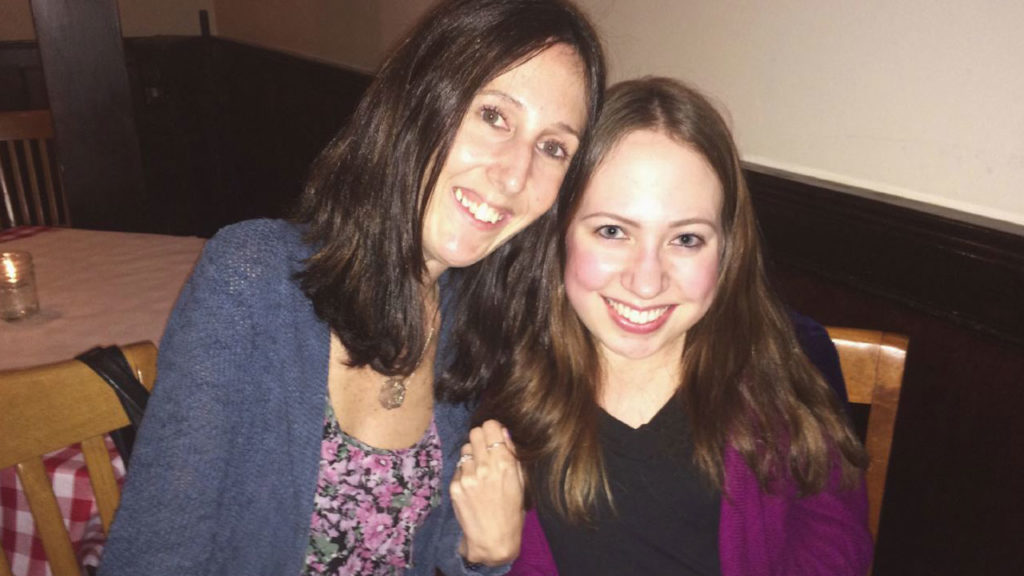 Holly LaPrade (left) and Jasmin Floyd (right) live with FOP and have advocated to establish a day of awareness in Connecticut.

November 26, 2017 will mark the first annual day of awareness held in Connecticut in recognition of Fibrodysplasia Ossificans Progressiva. FOP is an ultra-rare genetic bone condition that affects only two people in the state of Connecticut: Holly LaPrade of North Haven and Jasmin Floyd, who resides in Danielson.

“Holly LaPrade is an inspiration,” said Sen. Fasano who cosponsored the legislation. “Alongside FOP Advocate Gary Whyte, Holly has been an unwavering force advocating for awareness. Holly knows that spreading knowledge is about more than her own struggle, it is about helping all those who suffer from this disease worldwide. Raising awareness is the first step to finding new treatments, better understanding the condition, and ultimately finding a cure. Here in Connecticut we have some of the greatest medical researchers and doctors in the world. We need to make sure these professionals know about the disorder, what to look for in diagnosing patients and can apply their knowledge to look at new treatments.”

Although FOP is extremely rare, the discovery of a cure could lead to better understanding and treatment of more common conditions that affect millions of people worldwide including osteoporosis, fractures, hip replacement, heterotopic ossification that occurs in trauma and burn victims and other bone-related disorders.

“I want to thank both Holly and Jasmin for sharing their stories and their experiences with all lawmakers at the Capitol. Their bravery in confronting this condition and not being afraid to share their experiences is what propelled this legislation forward,” said Rep. Yaccarino.

In 2016, LaPrade began the process of sharing her story with lawmakers at the State Capitol. This summer, the day of awareness was made official with the passage and signage of Public Act 17-204.

The primary goal of initiating a day of awareness for FOP is to call much-needed attention to the rare disorder. Few doctors encounter it in medical school. As a result, misdiagnosis has caused a great deal of pain and suffering for patients and families worldwide. By better educating physicians and healthcare workers, advocates hope that dangerous misdiagnoses will not occur in the future.

FOP is one of the rarest, most disabling genetic conditions known to medicine and causes bone to form in muscles, tendons, ligaments and other connective tissues. Bridges of extra bone develop across joints, progressively restricting movement and forming a second skeleton that imprisons the body in bone. There are no other known examples in medicine of one normal organ system turning into another. Learn more: http://www.ifopa.org/