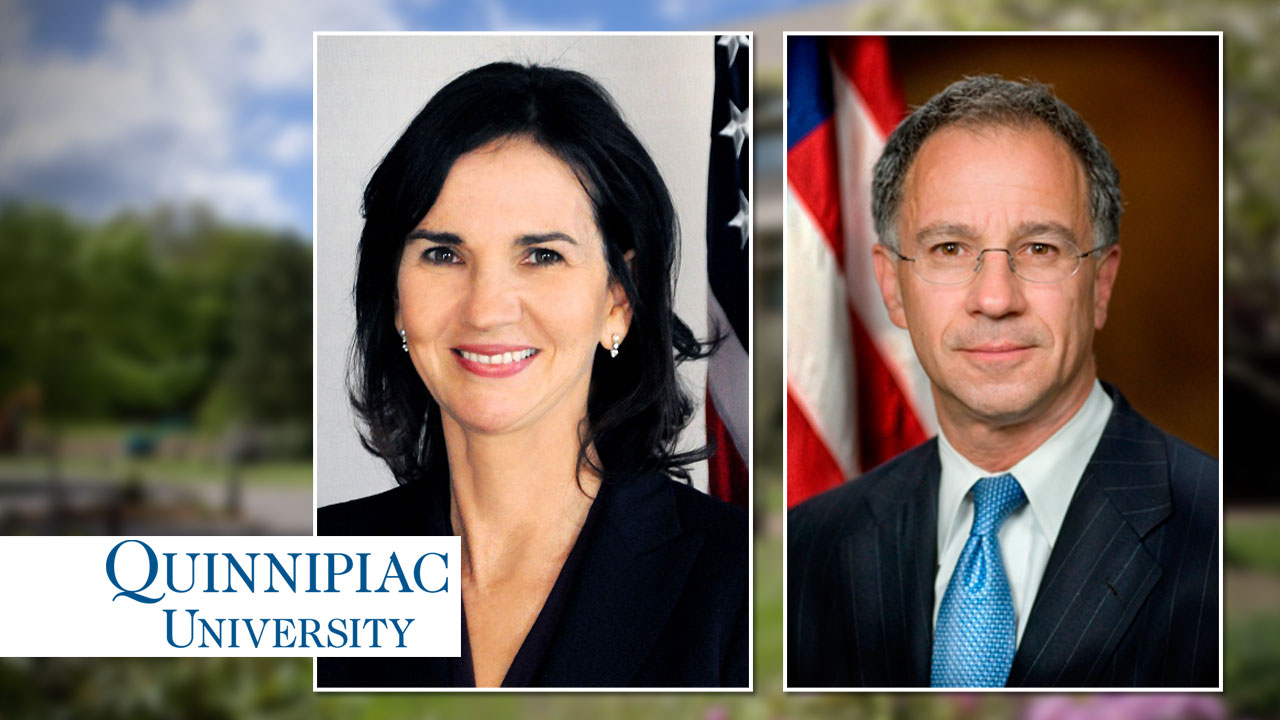 U.S. Attorney for the District of Connecticut the Hon. Deirdre M. Daly and U.S. Attorney for the District of New Jersey the Hon. Paul J. Fishman will be the featured speakers at the discussion, “Wearing the White Hat: A Conversation with Two United States Attorneys About Criminal Justice Past, Present and Future,” at 3 p.m. on Wednesday, Feb. 24, in the Ceremonial Courtroom at the Quinnipiac University School of Law Center, 370 Bassett Road.

Daly and Fishman will discuss prominent cases they’ve handled, the broad discretion granted to federal prosecutors and the changing face of criminal justice in the 21st century.

“We are thrilled and honored to be welcoming to our campus two attorneys of such national prominence,” said School of Law Dean Jennifer Gerarda Brown. “Bringing two U.S. attorneys together in conversation will help to highlight the many ways the Department of Justice responds to the needs of local communities. I expect we’ll hear a different focus in prosecutions and investigations for Connecticut vs. New Jersey.”

As U.S. attorneys in their respective states, Daly and Fishman are responsible for overseeing all federal criminal investigations and prosecutions and the litigation of all civil matters in which the federal government has an interest.

Daly was sworn in as the first female U.S. attorney for Connecticut in May 2014 after being nominated by President Barack Obama and confirmed by the U.S. Senate. She oversees a district with more than 60 assistant U.S. attorneys and approximately 55 staff members at offices in New Haven, Hartford and Bridgeport. She currently serves as a member of U.S. Attorney General Loretta Lynch’s Attorney General’s Advisory Committee (AGAC), and as a member of the National Commission on Forensic Science, which the Justice Department established in 2013 to improve the reliability of forensic science.

A graduate of Dartmouth College and Georgetown University Law Center, earlier in her career, Daly served as a law clerk for the Honorable Lloyd F. MacMahon, U.S. District Judge for the Southern District of New York.

This event is free and open to the public, but registration is required. To register, please call 203-582-3200 or click here.