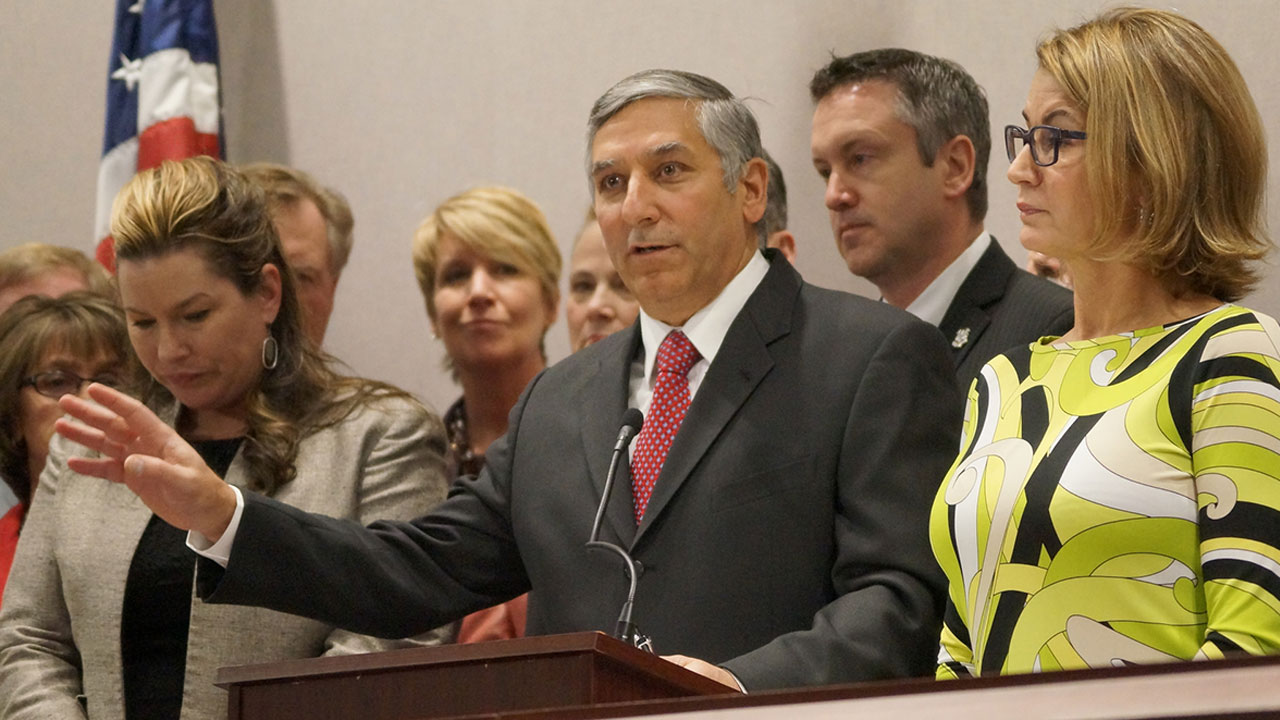 HARTFORD – Scrapping Gov. Malloy’s budget proposal, House and Senate Republicans today offered their plan, a Blueprint for Prosperity, which accomplishes what the governor could not: it is balanced, under the spending cap, restores vital social service programs for the neediest and reforms taxes, while instituting government reforms to save hundreds of millions in the coming two years.

Senate Republican Leader Len Fasano (R-North Haven) said, “Governor Malloy’s proposed budget would cripple the core function of government: to protect those who cannot protect themselves. We are proposing a plan that lays the groundwork for a better Connecticut today and for our future. This is more than a two year budget. It’s a blueprint for empowering people in our state to be successful.”

“Connecticut’s fiscal reality required that we prioritize and make difficult choices. But we did not arrive at this point at the expense of those who depend on services to survive, taxpayers who live paycheck to paycheck, or businesses that create jobs and spur economic expansion,’’ House Republican Leader Themis Klarides (R-Derby) said.  “We offer our alternatives with the hope and expectation that together with Democrats, we can craft a budget that makes sense and  preserves core elements of government that we know we need and are within our means.’’

Republican leaders agree with Democrat leaders that the governor’s budget proposal is a non-starter. The Blueprint for Prosperity provides a biennial budget plan for Fiscal Years 2016 and 2017 and outlines a series of long term initiatives to set Connecticut on a better path for smarter spending today and in the future.

Republicans outlined major points in their proposal at a press conference today at the Legislative Office Building including the following.

The Blueprint for Prosperity provides tax relief by:

The Republican plan reprioritizes spending to help those most in need by:

The GOP plan also preserves value in communities by rejecting the governor’s cuts to: