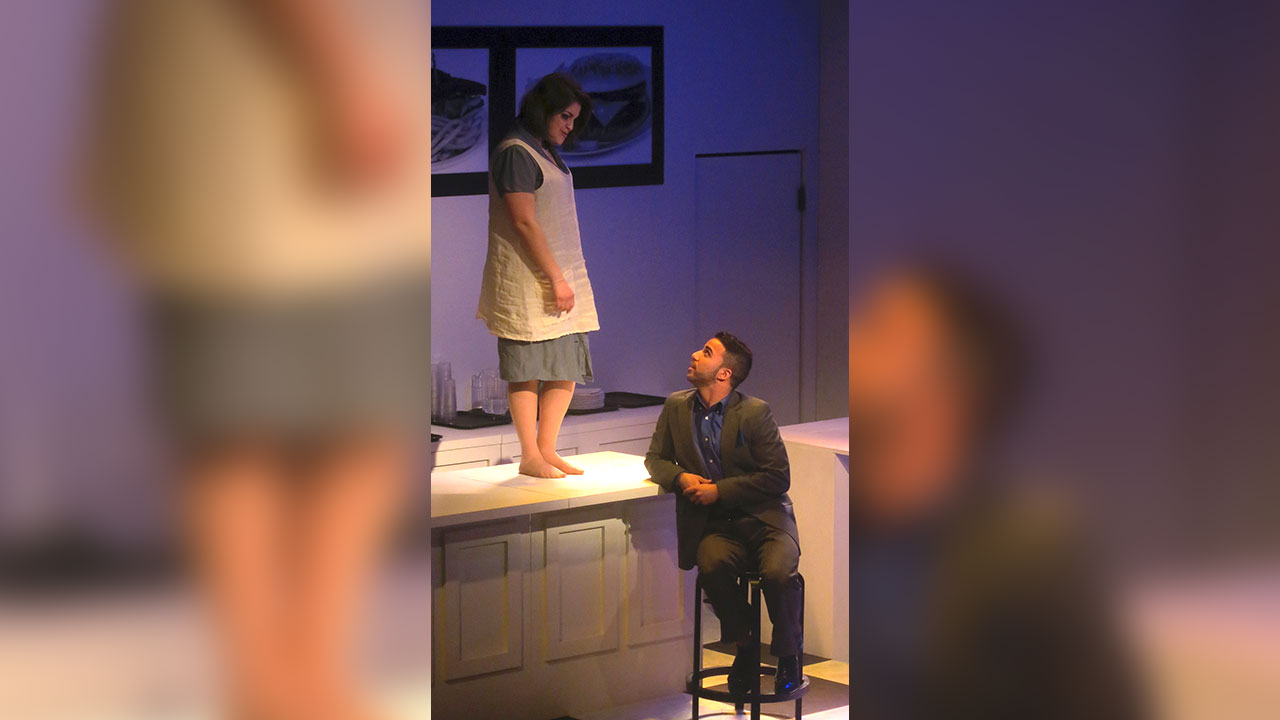 Quinnipiac University Theater for Community will present four productions as part of its 2014-15 main stage season.

The season will open with the musical “Nine.” Adapted from Federico Fellini’s classic movie “8 ½”  and a book by Arthur Kopit, with music and lyrics by Maury Yeston, “Nine” won the Tony Award for Best Musical and Best Original Score. The show’s vibrant and emotional songs sweep the audience into the memories and imagination of internationally famous movie director Guido Contini as he desperately struggles to break through his creative block, come up with a plot for his next movie and choose between his wife, his mistress and the actress who is his muse. “Nine” will be directed by James Noble, an adjunct professor in theDepartment of Visual and Performing Arts at Quinnipiac. Performances are Oct. 16-18 at 7:30 p.m. and Oct. 19 at 2 p.m. in the Clarice L. Buckman Theater on the Mount Carmel Campus at Quinnipiac.

The second show of the season will be George Bernard Shaw’s comedy, “Arms and the Man.” “Arms and the Man” sparkles with wit, irony and satire as Shaw mocks those who naively embrace romantic notions of war and love. Set during the Serbo-Bulgarian War in 1885, the plot centers on Raina Petkoff, the aristocratic, starry-eyed, pampered young woman who must choose between two men vying for her affections: the dashingly handsome cavalry officer, Major Sergius Saranoff, and the pragmatic, un-romantic Swiss mercenary, Captain Bluntschli. “Arms and the Man” will be directed by Robert Bresnick, an adjunct professor, and will be performed Nov. 13-15 at 7:30 p.m. and Nov. 16 at 2 p.m. in the Clarice L. Buckman Theater on the Mount Carmel Campus.

Again this season Theater for Community will partner with Abingdon Theatre Company to create the 2015 New Play Festival. Through a partnership with Abingdon, Quinnipiac students are connected with mentors, playwrights, directors, actors and designers from the New York City theater scene, who will guide the students through each step of creating the festival. Ultimately seven student-written plays will receive fully mounted productions in New York City. Approximately 50 students are expected to participate as writers, directors, performers and stage managers in the second annual New Play Festival, which will be presented onFeb. 14 at the June Havoc Theatre, 312 West 36th St. (between 8th and 9th Avenues), New York. Performances will be at 2 and 7 p.m.

The season will close with “1918,” a play by Horton Foote, one of America’s most renowned and respected playwrights. Set in a small Texas town against the backdrop of World War I, “1918” follows the lives of Horace Robedaux and his wife Elizabeth who, during a time of national crisis, strive to keep their family together in the face of crushing personal tragedy. “1918,” which will be directed by Theater Professor Crystal Brian, will be performed April 16-18  at 7:30 p.m. and April 19 at 2 p.m. in the Clarice L. Buckman Theater on the Mount Carmel Campus.

General admission tickets are $15 and $10 for students and senior citizens. Reservations and advance purchases can be made at www.quinnipiac.edu/theater-tickets.