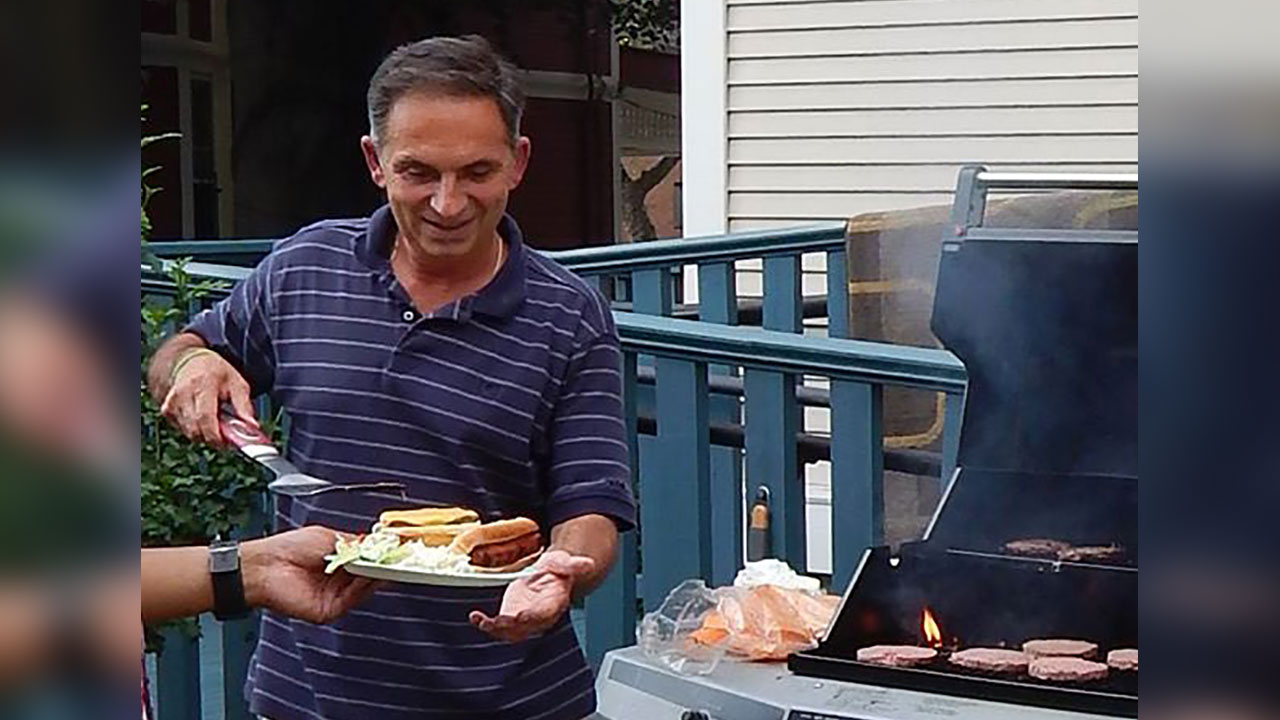 [box]State Rep. Dave Yaccarino with residents of Harkness House enjoy a BBQ while discussing legislation and programs to benefit Veterans.[/box]

Yaccarino, a former member of the U.S. Navy Reserve, was impressed with their work and sought ways to help. Yaccarino teamed up with Columbus House to organize a BBQ on Wednesday, July 16th from 4-6pm. The event was held at Harkness House on 138 Davenport Avenue in New Haven.

Rep. Yaccarino said, “We all have our shortcomings. It’s unfortunate that people who serve our country return home from service and remain unemployed and consequently homeless. I really enjoyed spending time with the guys at Harkness House; after listening to their struggles, I will continue to advocate for the needs of Veterans and seek more programs that can lead to jobs and secure housing.”

Harkness House is divided into apartments where 14 veterans, all men, live together and get support from on-site case managers. They also have access to services at the local VA. Candidates living at Harkness House come through referrals from Columbus House and the VA. Residents are allowed to live at the house for up to two years and will work with staff to get back on their feet, eventually transitioning into the workplace and into permanent housing.

“There are close to 400 Veterans who are homeless in CT. Our mission is to support their move from homelessness to recovery and independence. There is no greater imperative than to help those who have served their country,” said Alison Cunningham, Executive Director of Columbus House.

“Harkness House is not just a place to sleep, but an entire program to assist in the veterans’ recovery. The non-profits in Connecticut have and are making headway in reducing homelessness as well as securing housing for Veterans. I am truly grateful for organizations such as Columbus House,” said Yaccarino.

For more information about Columbus House and its veterans services or to make a donation, go to www.columbus-house.org