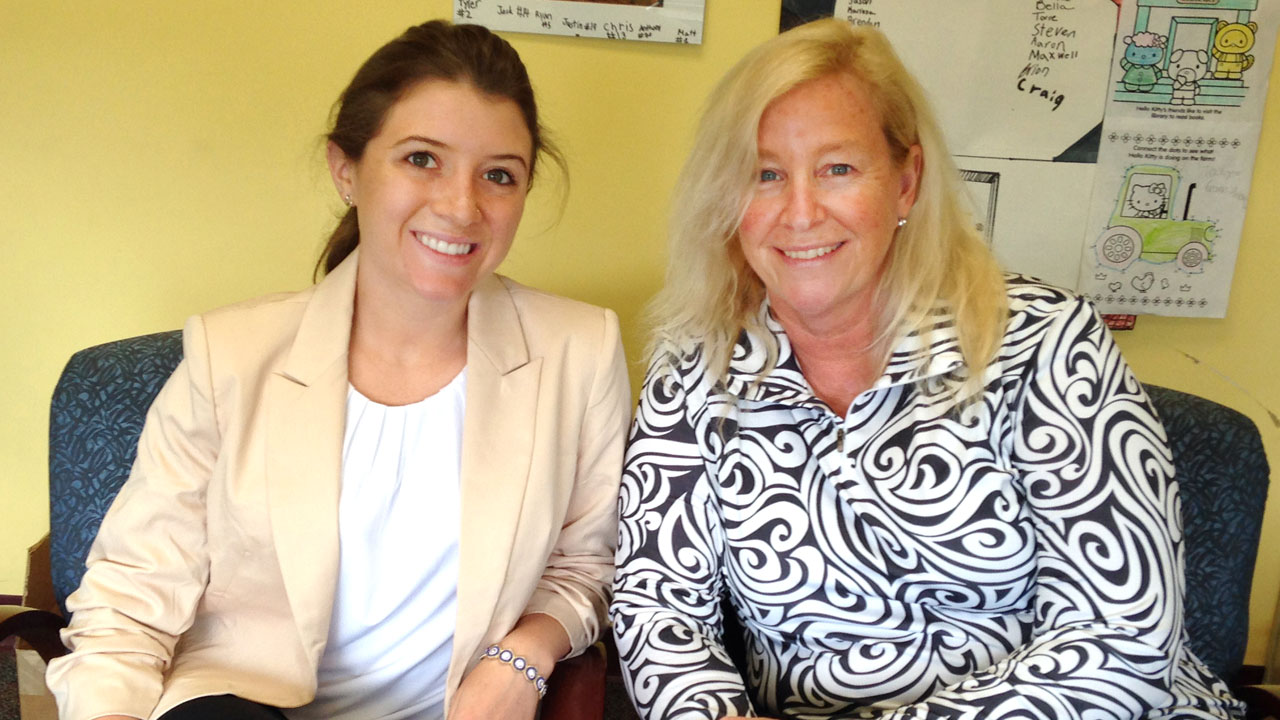 Lauren McMahon, a New Rochelle, New York resident and junior civil engineering major at Quinnipiac University, is currently compiling a master list of all of North Haven’s parks and technical drawings to assist the public works office in planning for the future.

“I like that we get to help out the communities that Quinnipiac is affiliated with,” said McMahon.

This is no ordinary internship. McMahon is one of eight Quinnipiac Presidential Public Service Fellows working in municipal departments in North Haven and Hamden this summer.

“I feel very fortunate to have Lauren working with us in our office,” said Lynn Sadosky, North Haven’s director of public works. “She’s extremely organized, detail oriented and is an independent thinker.”

The fellowship program began at Quinnipiac in 2003 and gives students the opportunity to work in municipal government offices with a department head as a mentor-supervisor. Fellows are expected to report on their progress biweekly and to prepare major reports for the towns. Official presentations are made in September.

“We have had a great deal of success here with the program in North Haven and we truly enjoy the Quinnipiac University students who have worked with us since 2010,” said North Haven First Selectman Michael Freda. “It’s a wonderful experience for us because we watch the students grow in terms of their capacity to understand what goes on at local government. In the end when they leave it’s like losing a family member.”

A Washington, D.C. native, Bowser is crafting a report about deconstruction initiatives in which houses are “unbuilt” in reverse and the materials are salvaged for other projects. The environmentally conscious program has worked in places such as Portland, Oregon and Seattle, Washington.

“We are looking into ways to make it work here,” said Bowser, who is also renovating the department’s website and tackling issues such as veterans housing and exploring the possibility of creating incentives for Hamden businesses to hire veterans.

“In our program, these students make a real contribution to the needs of Hamden and North Haven,” said fellowship directorScott McLean, professor of political science. “And thanks to the enthusiastic mentoring of the various department heads, they get a real education in leadership and how public policy gets made.”

“It’s nice to know that what I’m doing here at Town Hall is going to beneficially impact the people of Hamden,” Bowser said.

In addition to McMahon and Bowser, the other fellows are Ashley Alcott, Greg Coutros, Elisabeth Emery, Justin Felix, Alexa Panayotakis and Stacy Pierre-Louis. They work in departments such as public works, youth services, the mayor’s and first selectman’s office, elderly services, public library, planning and zoning, and arts, recreation and culture.

“These are some of our best student leaders, the ones who exemplify what Quinnipiac is really all about,” McLean said. “They are great students, are involved in the community and want to be successful leaders.”

Panayotakis, of Hamden, works in her hometown’s Planning and Zoning Department. She is helping put together Hamden’s Plan of Conservation Development.

“I’ve gotten to learn a lot about the town,” added Panayotakis, a junior political science and philosophy major. “I’ve been doing a lot of research. We have a lot of history in Hamden.”

Leslie Creane, Hamden’s director of Planning and Zoning, said she is trying to show Panayotakis not only what her office does but how it fits into government in a broader perspective.

“It’s a fabulous program,” Creane said. “I’ve been very pleased with every intern from Quinnipiac that we’ve had. They’re really high-caliber students. They’re self-motivated and really interested in learning how government works.”

Alcott, a Hamden resident and senior advertising major, works under the guidance of Julie Smith, Hamden’s deputy chief administrative officer, in the mayor’s office. She does a lot of event planning, including the town’s Farmer’s Market and Food Truck festival.

“I love it,” Alcott said. “It’s definitely not just an internship. It’s like you are a regular town employee. I’m really learning a lot about how a municipal government works. This is my second year. Last year, I was in economic development. In the mayor’s office, we get a little bit of everything.”

“We have a wonderful group of students,” Smith said. “The program is immersive. They come here and become members of our staff. They’re coming here to be part of the team.”

As part of the program, the students also sat down with Gov. Dannel P. Malloy to discuss public policy issues affecting urban areas in Connecticut.

“The Fellows from Quinnipiac are getting great hands-on training in public policy at the local level, but they are learning that in Connecticut the state government has a tremendous role to play in making towns and cities work well,” McLean said. “It is important that they see where state legislators work and how the policy process works in the General Assembly.”