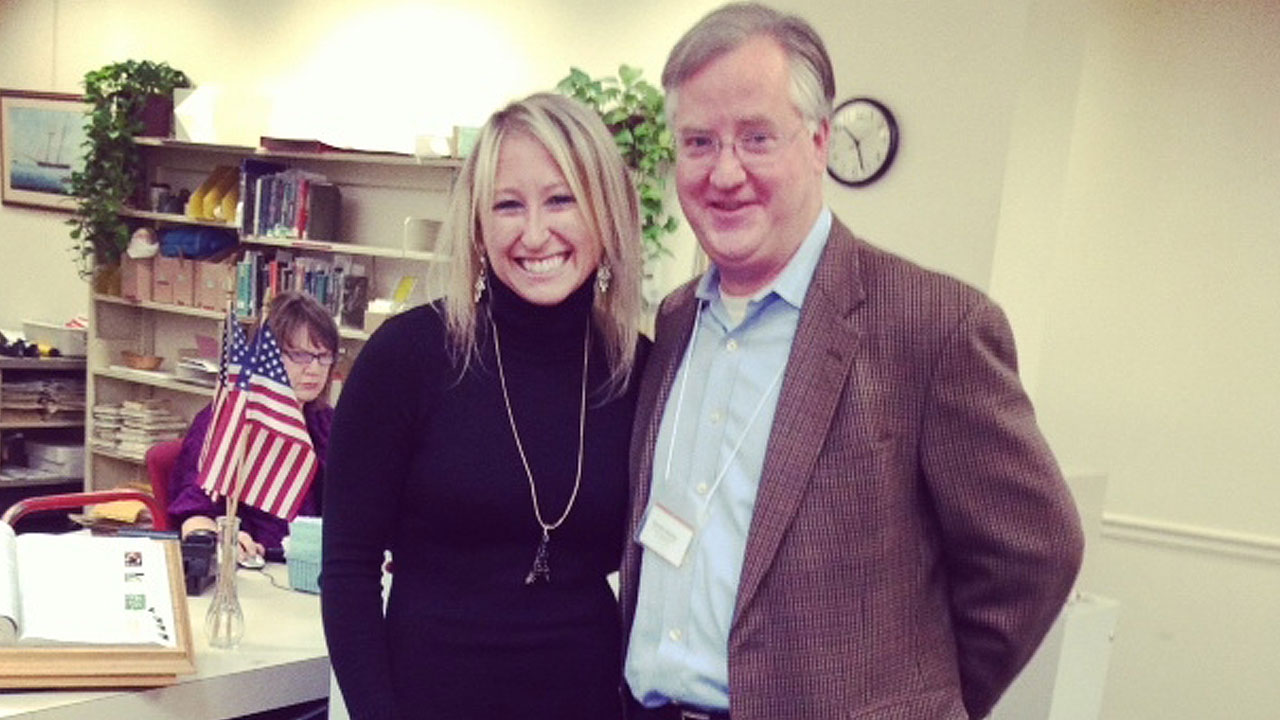 Hamden’s Miller Library rotunda was bursting at the seams Jan. 18 morning for the League of Women Voters of Hamden-North Haven “Breakfast with the Legislators”. Jackie MacKnight, organizer of the event, had a few anxious moments when way more people came than had been expected. But “Eli’s on Whitney” which contributed the wide choice of pastries and beverage for the event had been generous and everybody had plenty.

Some welcome improvements in Hartford came to light. At the 2013 “Breakfast”, it had surfaced that Minority legislators sometimes get bills with not enough time to read them before having to vote on them. Things had gotten somewhat better over the year said Sen. Len Fasano. The moderator hoped that things will have improved even more by the time the question is raised again at 2015 “Breakfast with the Legislators”.

Our state legislature voted in 2013 to change how campaigns for state offices are funded. Previously, candidates could receive a set amount of public financing and had to promise to limit additional private contributions. But now candidates can take public financing plus accept unlimited funds from their state central party committee. The moderator asked each legislator whether he voted for this change. The two Republican legislators had voted “no.” All Democrats said “yes,” some “emphatically so.” They did it to counter the harm done by the Supreme Court’s ruling in the “Citizens United” case, they stated. However, the League of Women Voters says that pouring private money on top of public financing skews the playing field.

Questions from the floor were mostly about the tree-decimating proposal by UI to cut down trees within eight feet of power lines. The League’s “Breakfast” provided an opportunity for the leadership of the Connecticut General Assembly (Sen. Crisco is Chief Deputy President Pro Tempore, Sen. Looney is Majority Leader, Sen. Fasano is Deputy Minority Leader Pro Tempore, Rep. Sharkey is Speaker of the House) to hear many reasons for the objection to the UI plan (now being reconsidered due to the strong pushback from the public). One legislator had been unaware that huge numbers of trees were slated for cutting, because his constituents had not brought it to his attention. That reminded everybody that citizens are a source of information for legislators who make decisions in Hartford that affect the whole state.

The League of Women Voters works to increase understanding of public policy issues, to encourage informed participation in government, and to influence public policy through education and advocacy. The League does not support or oppose candidates for political office and welcomes men (since 1974) and women of all political persuasion into its ranks. The League is active in all 50 states. To discuss joining, contact Elona Vaisnys, 203/248-8035, [email protected]