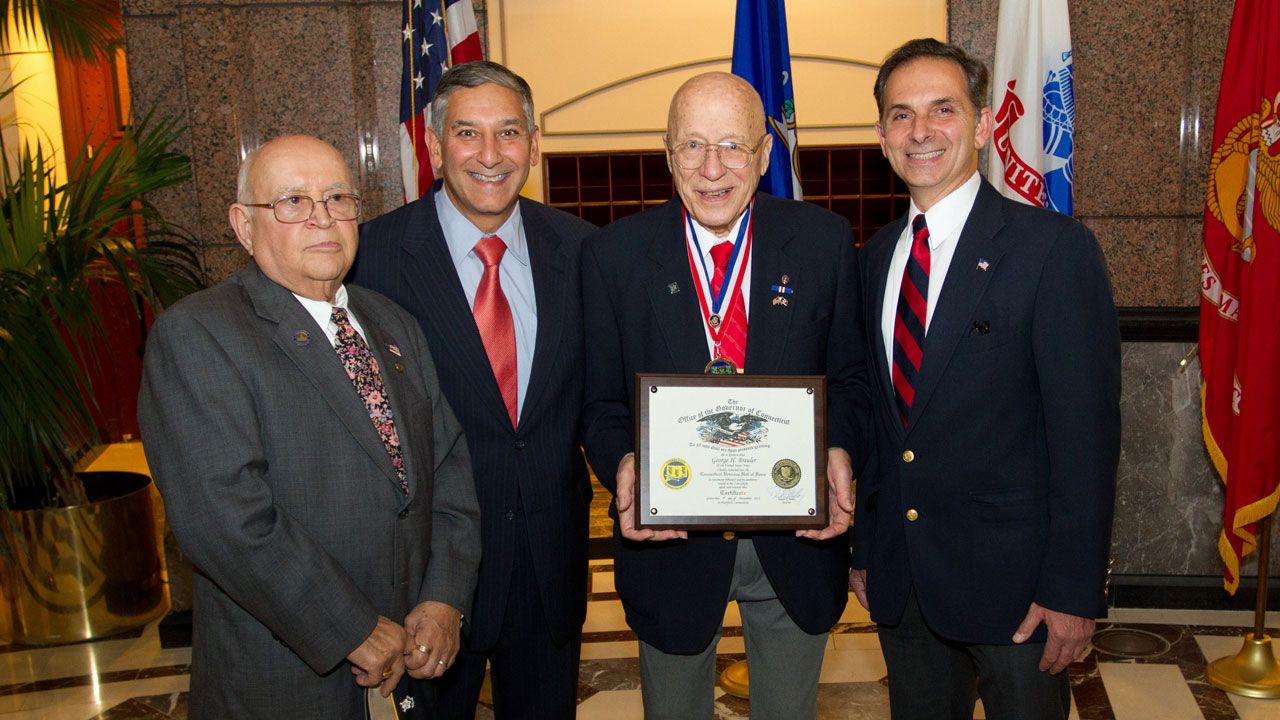 Mr. Breuler, who lived in North Haven for many years, served in the U.S. Army during WWII. His community involvement included coordinating North Haven’s annual Memorial Day Parade for fourteen years, as well as coaching in the Max Sinoway Little League. Under his command, the American Legion Murray-Reynolds Post76 was honored as the Legion Post of the Nation in 1985. He also was selected by the Veterans Association to lay a wreath on the Tomb of the Unknown Soldier in Washington, D.C.