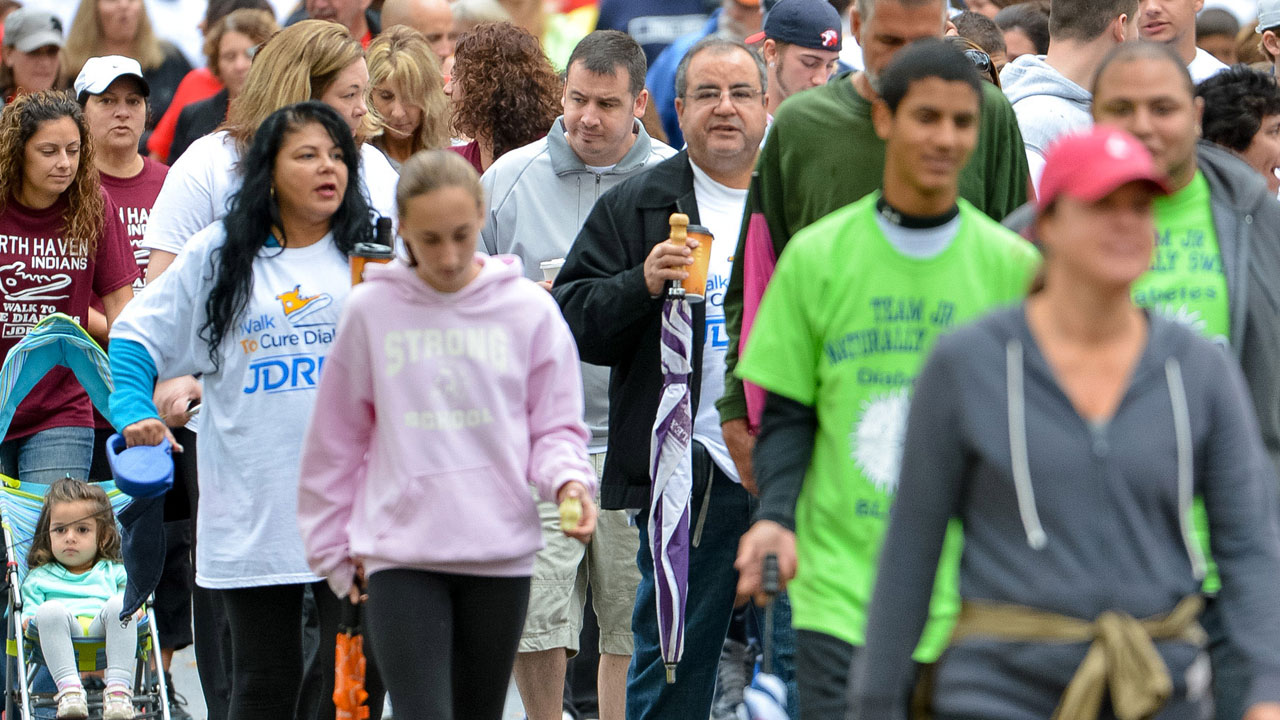 Hundreds of local residents joined members of the Quinnipiac University community on the North Haven Campus on Oct. 6 for the Juvenile Diabetes Research Foundation’s annual walk.

“It’s a very worthy cause,” said Jean Lange, founding dean of the Quinnipiac University School of Nursing, who was the honorary chair of the event. “Diabetes has become such a prevalent disease in the United States. The Juvenile Diabetes Research Foundation, in addition to actively raising significant funds to do ground-breaking research to find cure, also does a lot to raise awareness.”

“The walk is a nice way for our nursing students to support a cause that very much connects to the work they are going to be doing,” Lange said.

More than 15,000 children and 15,000 adults in the United States are diagnosed with Type 1 diabetes, an autoimmune disease, each year, according to the JDRF website. The foundation holds more than 200 walks every year and has raised $1 billion.