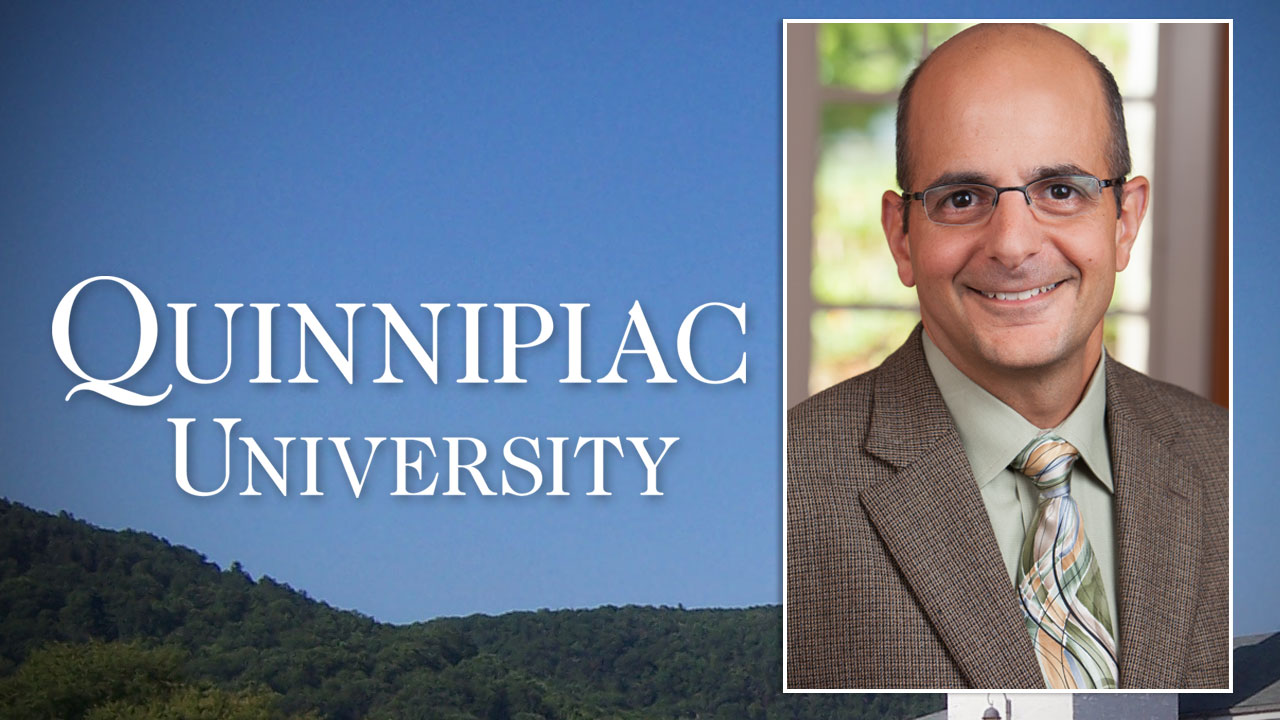 Kevin Basmadjian, of North Haven, has been promoted to dean of the School of Education at Quinnipiac University.

“Since joining Quinnipiac in June 2004, Kevin has consistently demonstrated a deep commitment to student learning, faculty development and university governance,” said Quinnipiac President John L. Lahey. “He has played an integral role in the learning paradigm transformation, and has collaborated with departments and offices across the university to advance this initiative. Kevin has served as associate professor and director of the master of arts in teaching program in the School of Education, and as the university’s first faculty leadership fellow with the Office of Academic Affairs.”

Basmadjian, who has served as interim dean of the School of Education, since August of 2012 and as a faculty member since 2004, said, “I could not be more thrilled, both personally and professionally, than to have this opportunity to serve as the next dean of the School of Education, I look forward to the joys and challenges of growing our school, strengthening our academic programs and international experiences for our students and enhancing our significance and presence within the university and local community.”

The School of Education, which is accredited by the National Council for Accreditation for Teacher Education, offers master of arts in teaching degrees in elementary and secondary education. Candidates can enroll in a combined five-year bachelor/master program, or a post-baccalaureate degree program that requires five semesters of graduate study. The School of Education also offers two educational leadership degrees: a sixth-year diploma in educational leadership and an online master’s program in teacher leadership.

Basmadjian began his teaching career in 1991 at a public high school in southern California. After five years, he returned to Michigan where he collaborated with the Ford Motor Company and Henry Ford Museum to help found and teach in a performance-based public charter school, the Henry Ford Academy. Prior to his arrival at Quinnipiac, Basmadjiantaught undergraduate and graduate education courses at Michigan State University and Fairfield University.

“Given Kevin’s demonstrated leadership, and extensive teaching and administrative experience, I am confident that Quinnipiac University will benefit from having Kevin serve as the next dean of the School of Education,” Lahey said. “I look forward to Kevin’s continued contributions to our community as he builds on the core strengths and mission of the School of Education, while expanding upon his record of innovation and dedication to the excellence and national prominence of Quinnipiac University.”

Basmadjian’s record of scholarly achievements includes articles in several top-tier journals, including the “Journal of Teacher Education” and “Teachers College Record.” He earned several awards and grants during his tenure at Quinnipiac, including the “Outstanding Faculty Scholar Award” in 2011 and, more recently, a “Teacher Quality Partnership Grant” in collaboration with the Bristol-Myers Squibb Center for Science Teaching and Learning. He has served on numerous Quinnipiac committees including the Faculty Senate, the Instructional Technology Committee, the Faculty Policies Committee, the Excellence in Education Speakers Series, the Quinnipiac University Athletics Council and the Academic Policy Committee, of which he served as chair for four consecutive years.

Basmadjian is a native of Detroit who lives in North Haven with his wife, Emily, and their two children, Christian, 8, and Carly, 6.