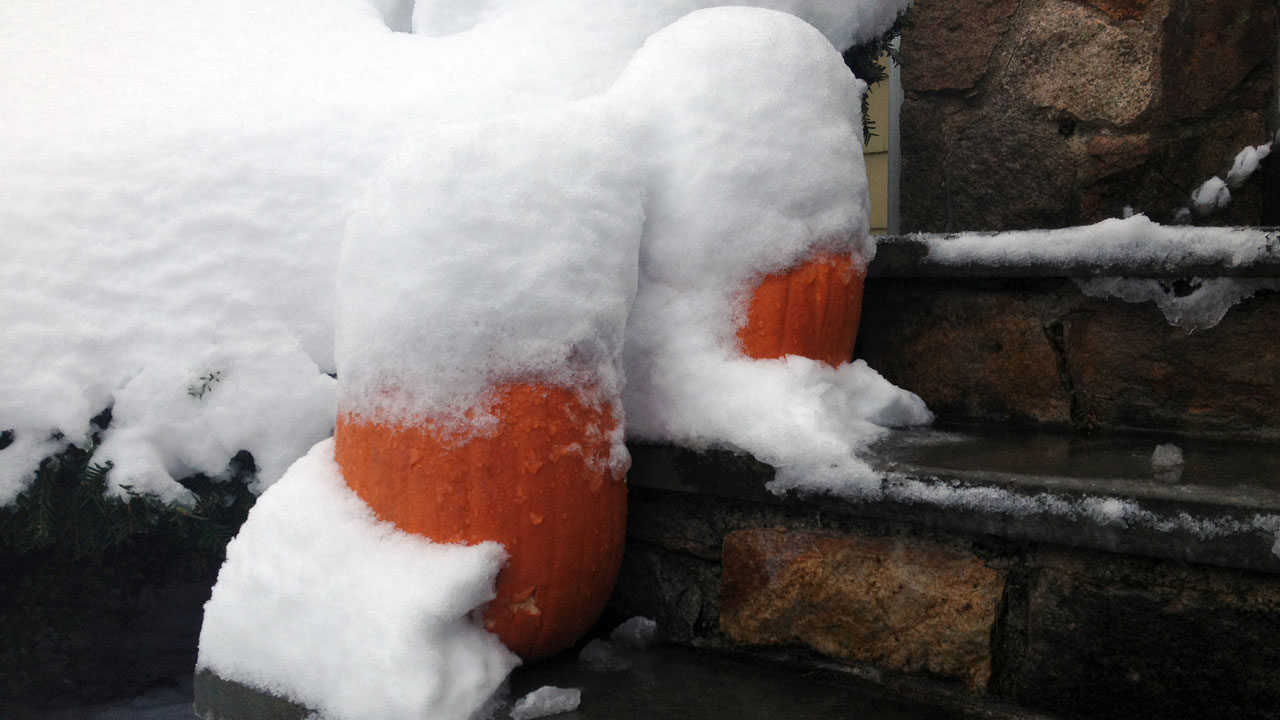 Wednesday November 7th, 2012 will go down as a major early season snow event in Connecticut. Weather forecasters spent days tracking the development of this early season Nor’easter. With some people still without power due to super storm Sandy, many forecasters looked to the computer model that predicted that hurricane with such accuracy; the European. The Euro tracked the storm close to the shore bringing heavy rain and wind to the coastline of New Jersey, New York, Connecticut, and then eventually Massachusetts. However, that scenario never played out. The storm tracked further to the east and the cold air won the battle and all the moisture fell in the form of snow.

There were many records smashed yesterday dating back to 1953! Bridgeport, Hartford, and Providence set records for the highest snowfall ever recorded on November 7th in their history! Here’s a link to an article that goes over a lot of those records.
North Haven received a foot of snow yesterday! At my weather station on Spring Road, I recorded 12 inches of snowfall and Nick DiGiovanni recorded 13.5 in the Clintonville section of town!

Check out this 24 time lapse video from my webcam during yesterday’s storm!

Many towns across Connecticut gave the kids another day off from school due to the hazardous conditions on the roadways. North Haven’s snow totals were so high that Regis mentioned Clintonville on his show this morning! I also saw Nick’s total on the weather channel early this morning as well.

Here are some totals from New Haven County:

The weather will be warming up this weekend and I’m expecting all of this snow to gone very soon.