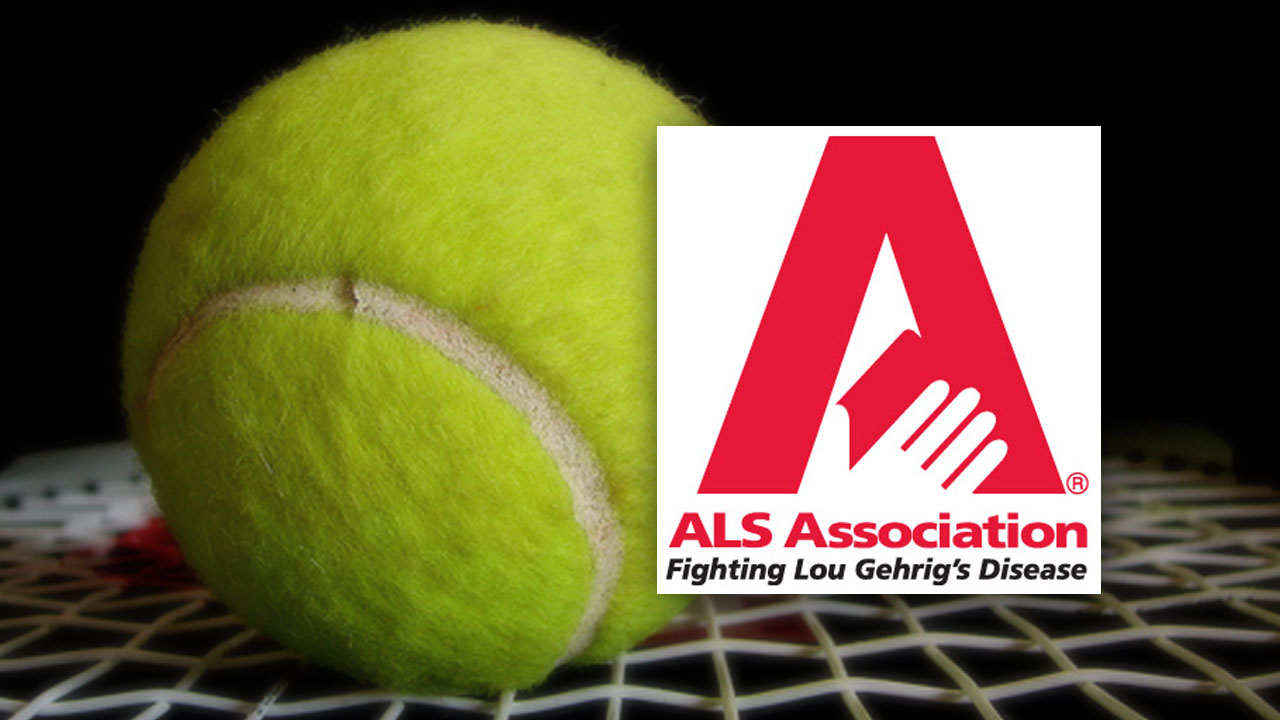 Come see local tennis pros and coaches compete with their students to raise money to benefit the ALS Association. The High Lane Club at 40 High Lane in North Haven hosts the event on Saturday, August 18, 2012 beginning at 4pm.

If you would like to play in the ACE ALS festival, please contact Chris or Bryan by Wednesday, August 15, 2012.

If you are not a Grand Slam player on the court, you can come and watch others compete for only $15. You can take a swing at one of the raffles, and win one of the exciting prizes donated by generous businesses like Eli’s on Whitney, The New Haven Open, Rumanoff’s, and many more. While there won’t be any strawberries and cream, you can enjoy food provided by Eli’s on Whitney and drinks by CT Beverage Mart.

The players will hit the courts in memory and honor of Scott Wilson. Scott was a local tennis pro who taught players how to play, and love, the game of tennis before losing his courageous fight against ALS.

ALS (Amyotrophic later sclerosis) is a neurodegenerative disease that affects nerve cells in the brain and spinal cord. Muscle control is lost over time and can lead to paralysis and death.

“The mission of The ALS Association is to lead the fight to treat and cure ALS through global research and nationwide advocacy, while also empowering people with Lou Gehrig’s Disease and their families to live fuller lives by providing them with compassionate care and support”.