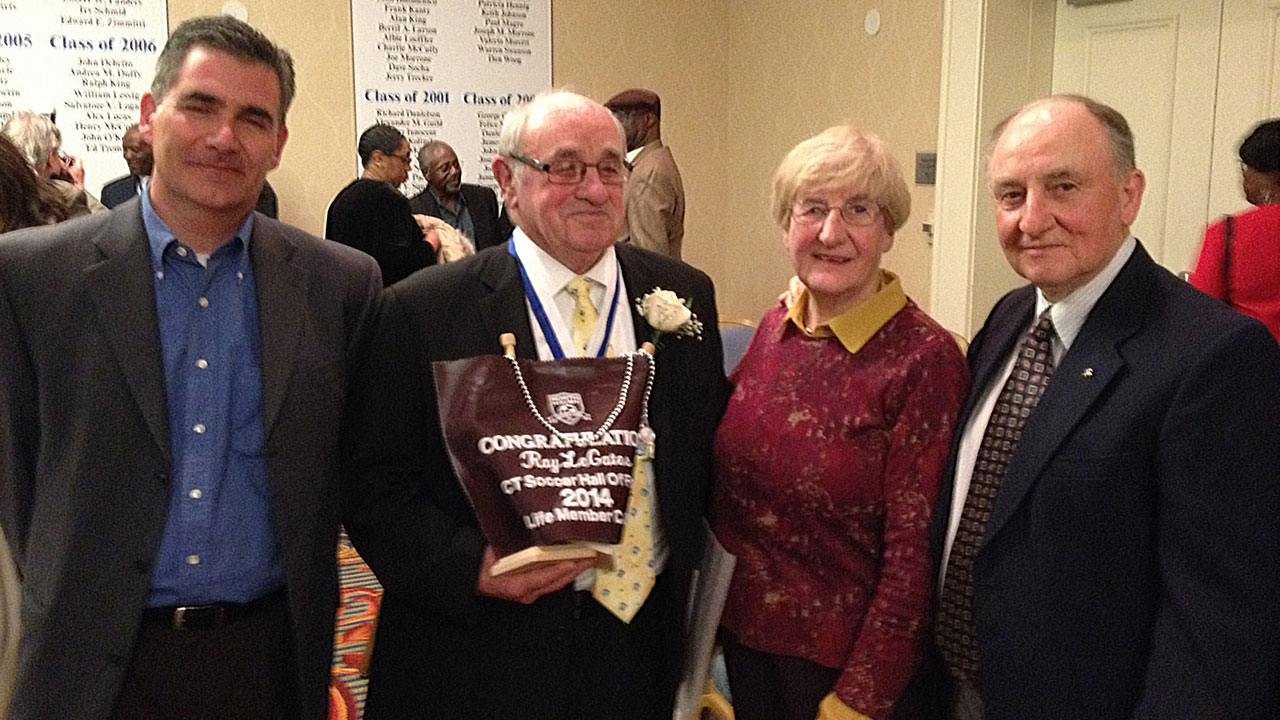 [box](pictured left to right) Adam Acquarulo, past player for Ray and current Vice President of the NHSC; Honoree Ray LeGates; NHSC administrator Brenda Howlett; and Jim Howlett who coached with Ray in the 1970’s and is still coaching for the NHSC. Other soccer club members attending were Reid Chieffo, John Parisella, Mark Franco (all players for Ray in the 1970’s), North Haven CJSA District Representative Mike Hanlon and Shelly Acquarulo.[/box]

Members of the North Haven Soccer Club, along with family members of Ray LeGates, attended a dinner on Saturday, April 5, to honor Ray as he was inducted into the Connecticut Soccer Hall of Fame. Ray was a founding member of the NHSC in 1971, supporting his 3 sons – Michael, David and Chris – because they wanted to play organized soccer.

Ray has been a committed soccer administrator since the inception of the Connecticut Junior Soccer Association. Ray represented the CJSA as the South Central District Vice President in 1976. He was appointed President of the CJSA in 1977 and served through 1981. Ray also served as the U.S. Region 1 Deputy Director for the United States Soccer Association in 1981. He is one of 11 people recognized as a “Life Members” of the CJSA. Ray now resides in Dublin, Ireland.