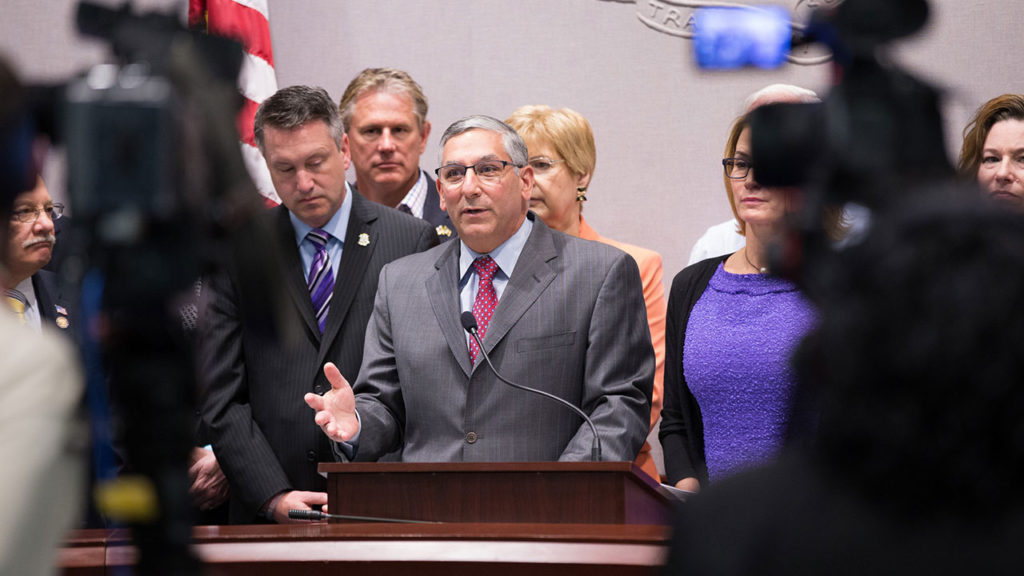 “In recent weeks we’ve seen a stalemate in state government over Connecticut’s budget. All proposals put forward thus far do not fully address the state’s need for long-term structural changes to our budget. In this void, Republicans are compelled to take the lead and share our ideas to build a brighter future for Connecticut,” said Senate Minority Leader Len Fasano (R-North Haven).

“This budgetary framework marks a different approach to dealing with our seemingly endless cycle of tax increases to cover deficits, followed shortly thereafter by more deficits and subsequent tax increases. This offers a longer horizon for taxpayers and businesses. It is a sustainable, predictable future and we proved we can do this without raising more revenue,” House Republican Leader Themis Klarides (R-Derby) said. “We made the tough choices to enact structural changes, cut spending and stabilize our budget.”

“Simply closing the projected deficit for one year is not enough,” said Sen. Fasano. “If we want to resolve the problems facing our state we have to think long-term and think about the policies that will shape our future. Families and employers shouldn’t have to live in constant fear of future painful cuts and growing tax burdens. To restore sustainability and predictability, we must take on a holistic approach now. This proposal not only addresses the state’s immediate financial shortfalls, it does so in a way that strengthens our state so we are prepared to tackle larger budget challenges on the horizon. This is much more than budget cuts alone. This is a blueprint for new policies that will help ensure our state lives within its means moving forward. This is a budget built for generations, not elections,” said Fasano.

Klarides added, “If a Democratic budget is adopted without meaningful structural budgetary changes, it will surely lead to more tax hikes after the November elections if the Democrats retain their majority. Connecticut must finally get its fiscal house in order,” Klarides said. “We cannot help our businesses grow and prosper if they don’t have predictability. Our towns and cities require that predictability if they are to maintain stable fiscal health locally.”

The Office of Fiscal Analysis estimates that if the current budget practices continue, the state will rack up huge deficits over the next 5 years ranging from nearly $1 billion to over $3 billion annually.

This plan includes a line by line budget to mitigate the fiscal year 2017 deficit, as well as long term structural changes. Together, these policy changes roll out into future years to mitigate ballooning deficits on the horizon. Following 2017, this budget proposal is projected to produce annual surpluses, with a cumulative total of over $1 billion.