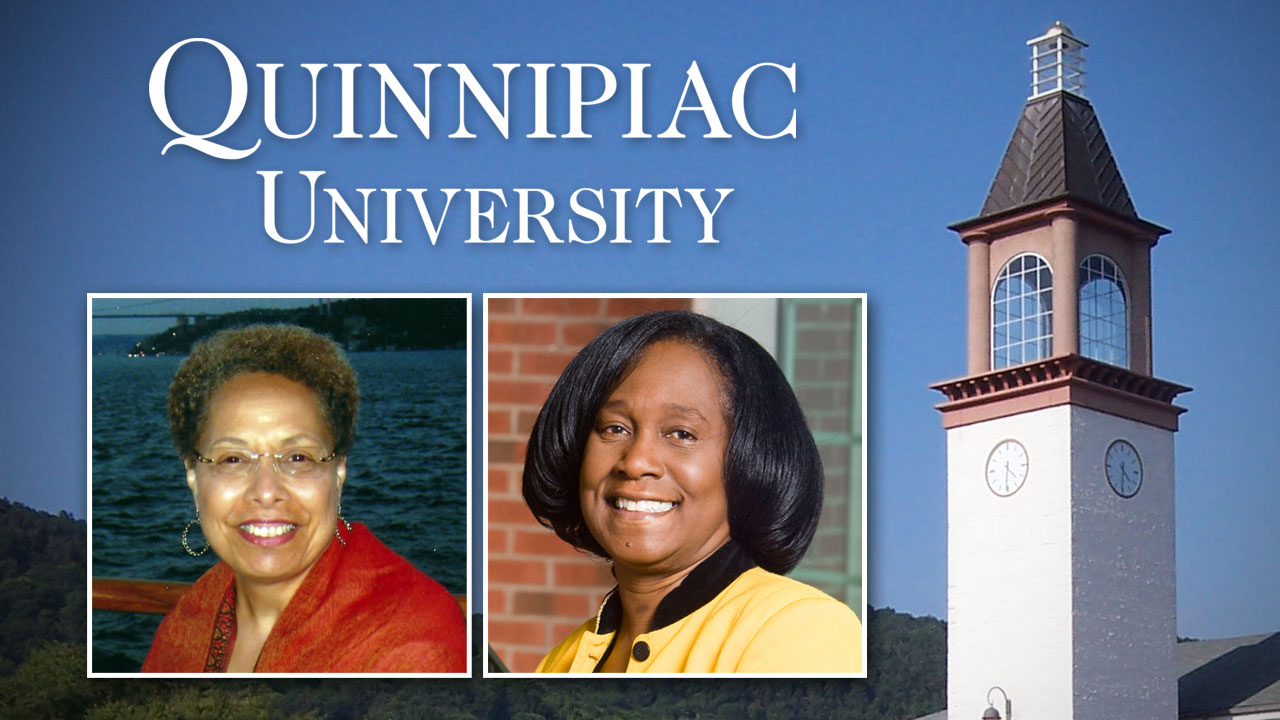 Two of the leading voices for criminal justice reform in Connecticut and throughout the country will be the keynote speakers at the panel discussion, “Community Criminal Justice Reform: From Fairfield to Ferguson,” from 4 to 6 p.m. on Wednesday, April 29, in the Ceremonial Courtroom at the Quinnipiac University School of Law Center on the North Haven Campus, 370 Bassett Road.

The Rev. Marilyn Baugh Kendrix, associate pastor for faith formation at the Church of the Redeemer in New Haven and a director of the Malta Justice Initiative, and Marilyn Ward Ford, a professor at theQuinnipiac University School of Law, will be the featured speakers at the event, which is free and open to the public.

“As people of conscience, we should care about the poor among us,” Kendrix said. “In our society, the people who fit that description the best are the 7.3 million people currently under correctional control, 2.3 million of whom are in prison or jail, while the remaining 5 million are kept in a permanent poverty by the rules of parole and probation and the legal discrimination against them in housing, employment and public assistance. There are clear connections between racism, politics, and the targeted enforcement of the War on Drugs and the intractable poverty it creates. These issues have been out of sight for most of us, yet as people concerned with human justice, we need to become aware of this injustice in our midst.”

Ford has been actively involved in the community conversation in Ferguson, Mo., where she helped organize a public forum after the shooting of a black youth by a police officer touched off protests and a national debate over crime and policing in America.

Kendrix worked for more than 15 years as an organizational development consultant, principally at AT&T, but also in other profit and not-for-profit settings.  She earned her bachelor’s degree in French and secondary education from Spelman College in Atlanta, her executive MBA from the University of New Haven and a master’s in industrial and organizational psychology, also from the University of New Haven. In May of 2013, Kendrix received her master of divinity degree from Yale Divinity School and a certificate from the Yale Institute of Sacred Music. She received the Henry Hallam Tweedy Prize for exceptional promise in pastoral leadership, the highest prize that Yale Divinity School confers on a graduating student each year, for her work in raising awareness about mass incarceration in America. She is one of the authors of “The Justice Imperative: How Hyper-Incarceration Hijacked the American Dream.”

Ford has received the Thurgood Marshall Award; she has been honored by the Connecticut Judicial Department for outstanding volunteer work and she received the American Association of University Women Award for Outstanding Women. She was selected as the Omega Psi Phi International Citizen of the Year. She was awarded the President’s Award for Lifetime Achievement by the Bridgeport Chapter of the NAACP and the Community Service Award from the Urban League of Southern Connecticut.