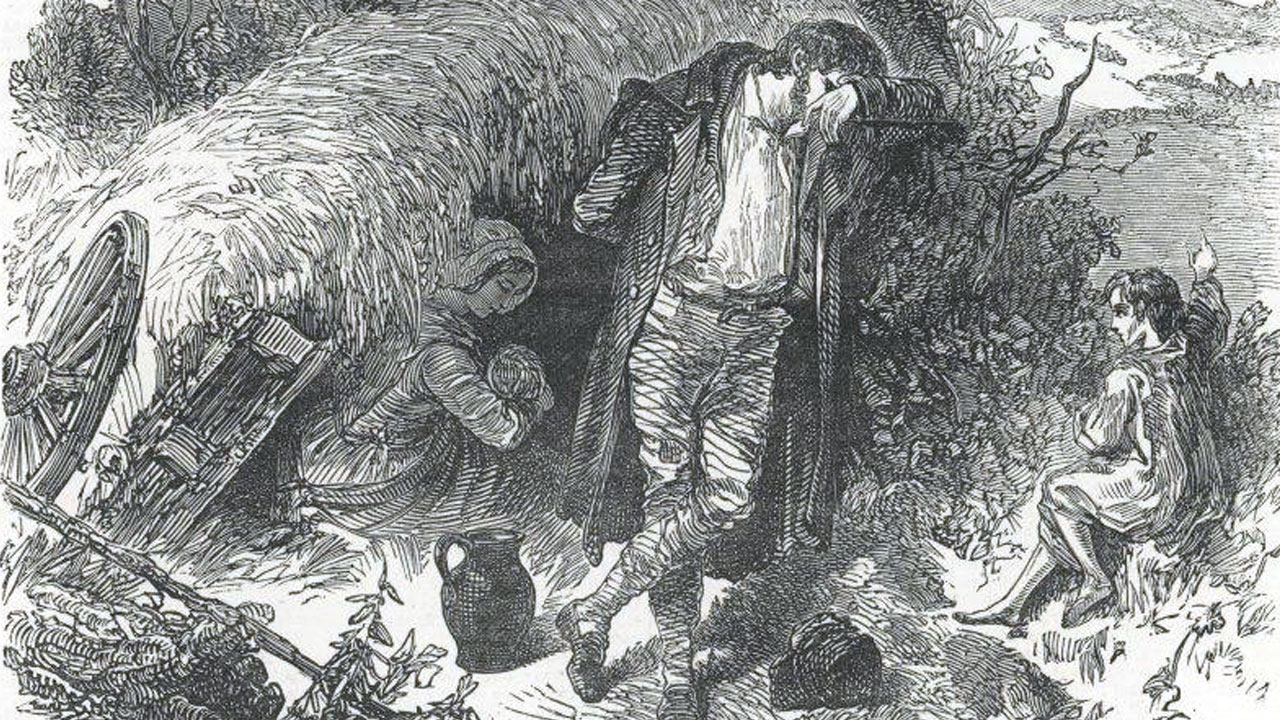 Ireland’s Great Hunger Museum at Quinnipiac University will launch a digital database Dec. 16 containing about 1,500 articles and illustrations related to Ireland and the Great Famine, the worst demographic catastrophe of the 19th century.

The electronic library will feature pictorial newspaper items from the Great Hunger (1845-52) and will be available via the Ireland’s Great Hunger Museum website at www.ighm.org.

“Quinnipiac is providing this resource for free as an educational research tool,” said Grace Brady, executive director of the museum. “Students, scholars, historians, cultural theorists, researchers and people interested in art will benefit from this database.”

The database will be comprised of illustrated newspapers and publications including, “The Illustrated London News,” “Punch,” “The Pictorial Times” and “The Graphic.”

“Because photography was in its infancy, these illustrations were how people saw and learned about what was going on in Ireland at that time,” said Brady.

Ireland’s Great Hunger Museum acquired the volumes of the pictorial newspapers from Kennys Bookshop and Art Gallery in Galway, Ireland, where they were scanned to publishable level. Brady, Niamh O’Sullivan, professor emeritus of visual culture and curator of Ireland’s Great Hunger Museum, Mary Glynn, information analytics manager at Quinnipiac, and Claire Puzarne, Brady’s executive assistant, worked on making this resource accessible to the public for over a year.

“This database provides a unique insight into the aesthetic, technical and contextual roles of pictorial newspapers in narrating and interpreting the Famine,” O’Sullivan said. “The value of the database to scholars, teachers, researchers and students, no less than the diaspora, is inestimable. The museum’s commitment to Famine scholarship is imbedded in this ongoing ambitious digitization program.”

Further digitization will be done for pre-1845 and post-1852 documents in the collection.

“The master plan is to have the remaining illustrated news documents in the collection scanned and digitized, but that will take money and time,” Brady said. “The key years of 1845-52 are now available but the remaining years continue to be a work in progress.”

The museum chose Dec. 16 as the date to launch the digital database based on a Dec. 16, 1848 sketch from “The Illustrated London News” that depicted a starving family that had been dragged from its cottage and forced to spend Christmas in a hole, burrowed in the ground “like otters and snipes.”

The digital database follows October’s “Famine Folios,” a symposium to celebrate the launch of the museum’s publications program which featured works by four authors who were commissioned to write essays based on various aspects of the Famine in Ireland.

“A key part of the museum’s mission is to educate people about this avoidable tragedy in Ireland’s history and the database is another way to do so,” Brady said.