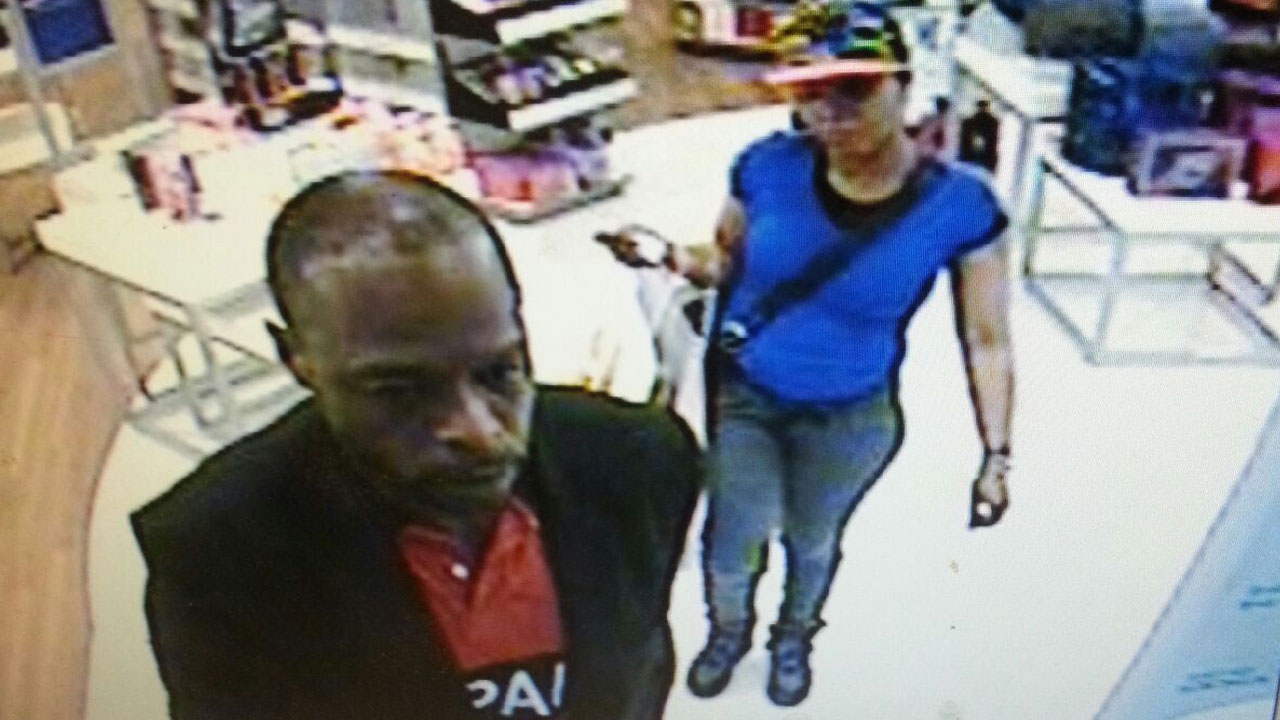 **UPDATE: The suspects have been apprehended.

North Haven Police Officers responded to the Ulta Store at 370 Universal Drive North at 8:00 p.m. on Monday June 9th, 2014 after employees reported a theft in progress. Employees of the cosmetics store reported witnessing a male and female taking fragrances and concealing them in a bag the female was carrying. As police arrived, the pair exited the store with the stolen merchandise and entered a Gray BMW. A license plate was viewed in the rear window of the vehicle. The first three characters of the plate read “1AG.” An Officer spotted the pair in the vehicle and approached them. The driver accelerated towards the officer striking him as he attempted to jump out of the way of the fleeing BMW. The officer was transported to an area hospital for his non-life threatening injuries. The vehicle fled the area and was last seen traveling south on Interstate 91 and exiting at the Willow Street Exit #6.

The first suspect is a dark-skinned black male who was wearing a black blazer, red/blue shirt with white writing, blue/white rubber sandals, and white socks. He has black close-cropped hair and appears to be balding. He is approximately six feet tall and weighs between 180 – 200 pounds.

The second suspect is a light-skinned black or Hispanic female wearing a blue shirt with a black under-shirt, blue jeans, sneakers, and multi-colored baseball cap with a pink brim.

Anyone who can identify these suspects, or witnesses to the incident are asked to call the North Haven Police Department at 203-239-5321.