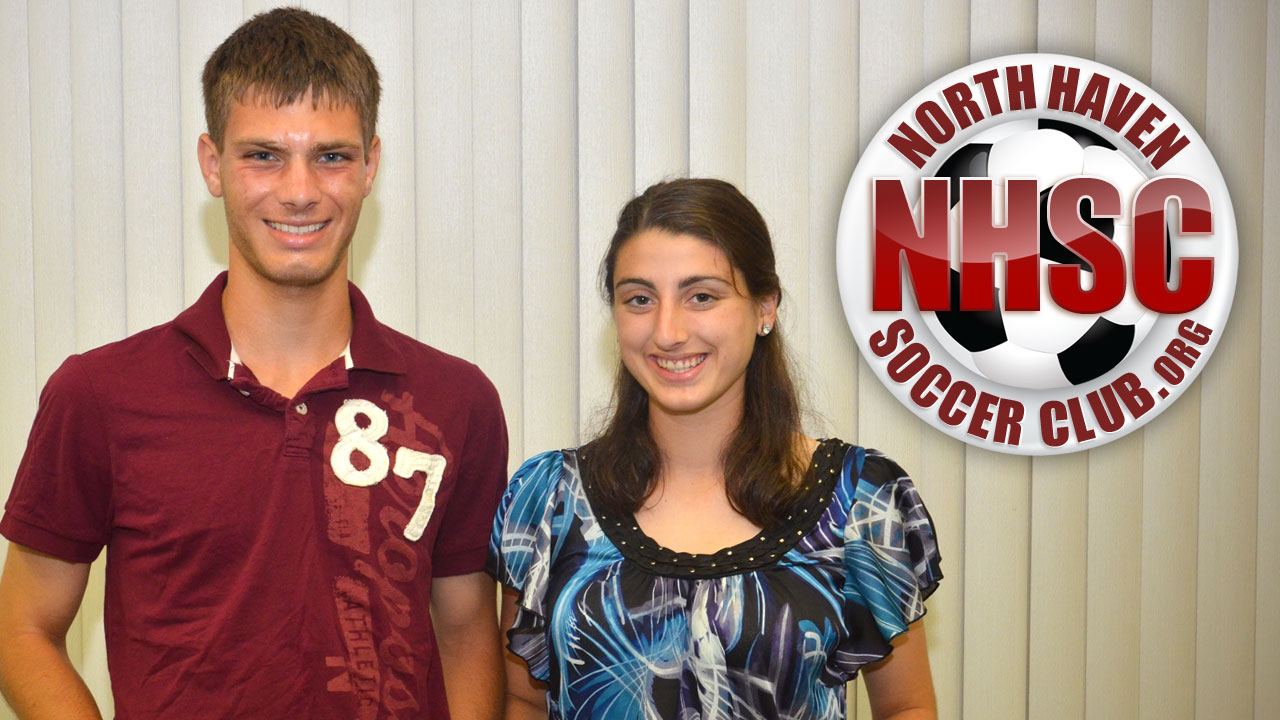 The North Haven Soccer Club recently awarded $500 scholarships to two graduating high school seniors who are members of the soccer club. The annual scholarships are awarded to two candidates based on participation and service to the club, their scholastic record and an essay describing what soccer has meant to them.

Theresa will be attending Sacred Heart University in the fall where she plans to major in occupational therapy. David plans to major in computer engineering at Worcester Polytechnic Institute in Worcester, MA. Both expressed their gratitude at being selected and hope to eventually be in a position to give back to others.

Congratulations again to this year’s well-deserving recipients. The North Haven Soccer Club would like to thank Theresa and David for their many years of involvement with the club and wish them well as they begin their college careers.