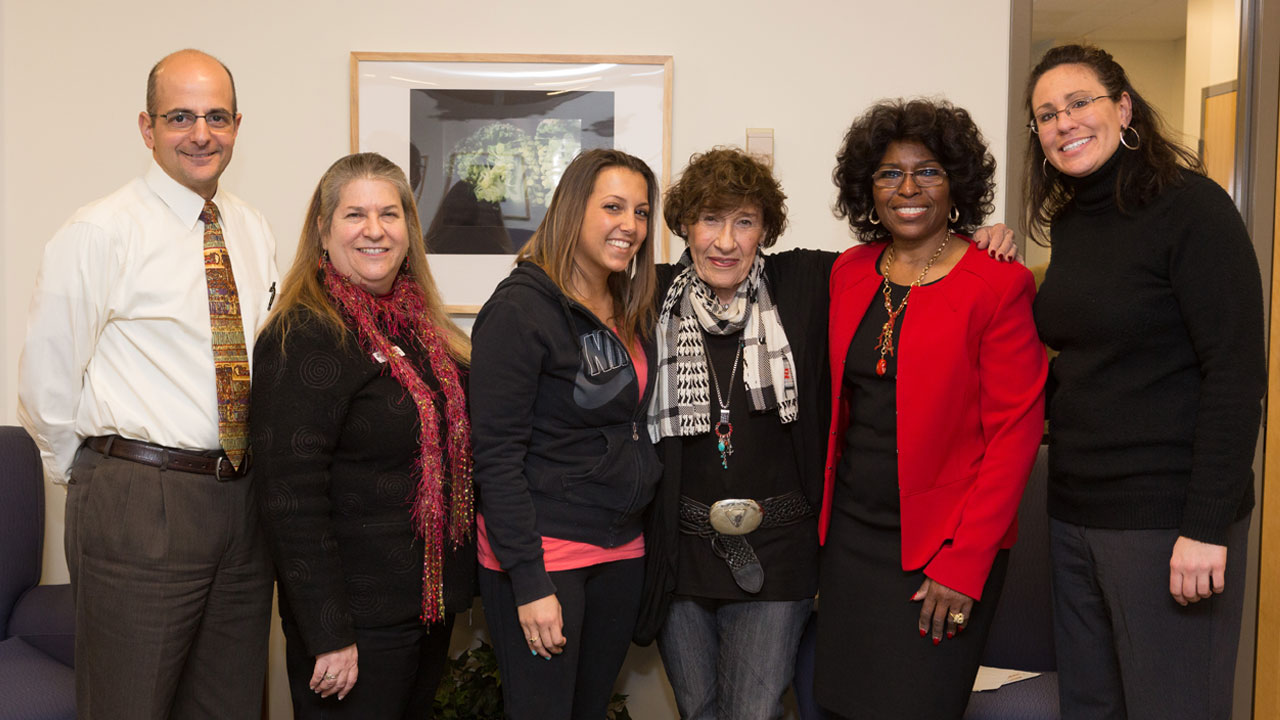 More than 25 teachers from Connecticut, including North Haven Middle School teachers, Alicia Crismale and Krista Kaplan, completed a Feb. 5 training program on “Echoes and Reflections: A Multimedia Curriculum on the Holocaust,” a comprehensive 10-part curriculum on the Holocaust. The Connecticut Office of the Anti-Defamation League(ADL) sponsored the training, which took place at the Quinnipiac University School of Education.

“Echoes and Reflections” uses visual history testimony from survivors and other witnesses and additional primary source documents, including maps, photographs, timelines, literature excerpts and other materials. The curriculum was produced primarily for use in high schools in partnership with the Anti-Defamation League, the USC Shoah Foundation Institute for Visual History and Education and Yad Vashem, the Holocaust’s Martyrs’ and Heroes’ Remembrance Committee.

In addition, Holocaust survivor Anita Schorr, of Westport, addressed the teachers. A native of Czechoslovakia, Schorr was arrested with her family in 1939 when she was 8, according to an April 12, 2012 article in “The Jewish Ledger.” The family survived the Jewish ghetto and was transported to Terezin, where Schorr sang in the children’s opera, “Brundibár.” The family was then deported to Auschwitz, where Schorr’s parents and younger brother were murdered. Schorr served in a slave-labor unit in Hamburg before ending up in Bergen-Belsen. After liberation, Schorr joined the Haganah, a Jewish parliamentary organization, and fought in the Israeli War of Independence. She married a fellow Czech and lived on a kibbutz until 1959, when the couple came to the U.S. Trained as a commercial artist, Schorr didn’t start telling her story until about 10 years ago, after retiring from a long career.