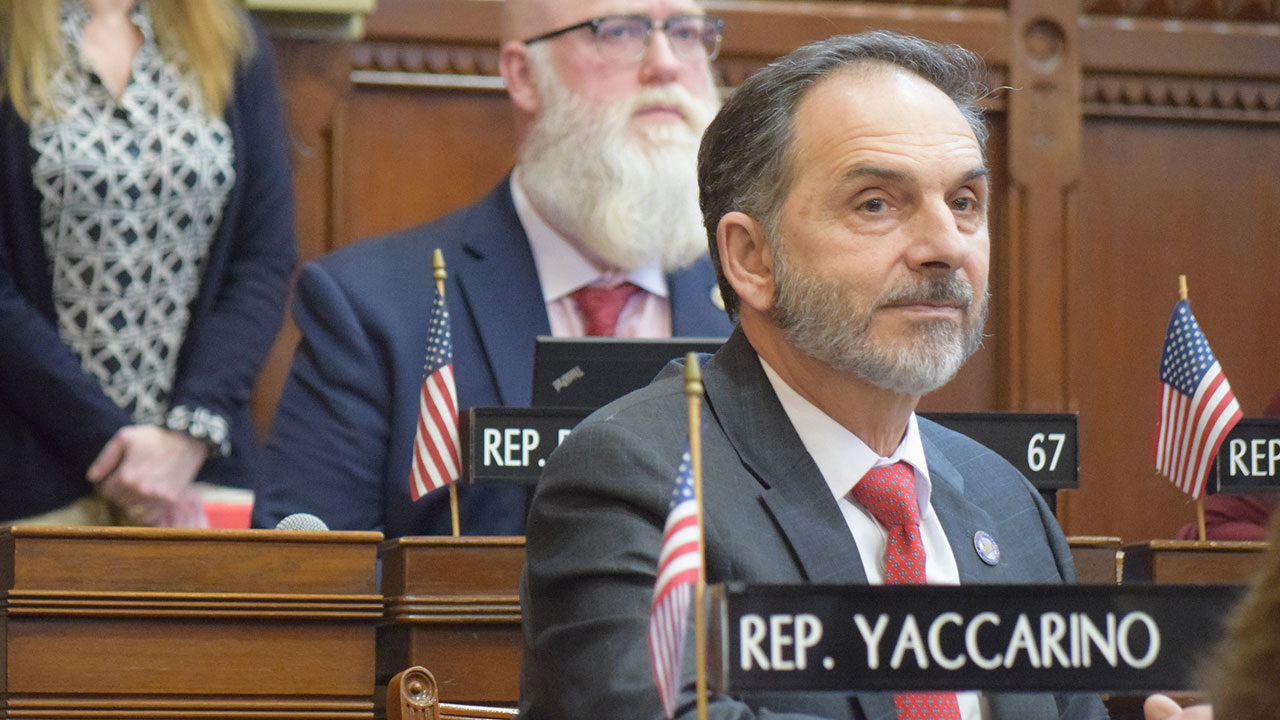 State Representative Dave Yaccarino (R-87), House Republican Senior Whip, recently applauded the passage of the biennium budget on a bipartisan basis through the House of Representatives and State Senate for the first time since 2017. Yaccarino explained that the budget, while not perfect, stayed within the spending cap and did not include new tax increases. It also fully funded education for the biennium and increased municipal funding to North Haven.

“I am especially proud that this budget fully restores the Research and Development Tax Credit program and will phase out the Connecticut State Income Tax on IRA pensions. I’m also thrilled that it keeps the promise made to teachers regarding their retirement benefits by honoring the 50 percent deduction on Connecticut income tax,” said Rep. Yaccarino.

This budget passed maintains the state’s Rainy Day Fund, which has reached a historic high—thanks to the policy changes the Republican caucus championed in 2017 and even allowed for money to be set aside for the next generation. For the first time in 75 years, Connecticut made a bulk payment of $63 million toward unfunded pension liabilities, protecting future taxpayers and lawmakers from inheriting fiscal repercussions of past generations. The budget that just passed forecasts the next payment into the starving pension fund to be over $1 billion at the end of the biennium.

The budget also dedicates an additional $50 million for non-profits that provide health and human services, since these community organizations are often asked to function with fewer resources. It funds a grant program to provide legal representation to survivors of domestic violence who do not have an attorney but need a restraining order. It increases the state’s Earned Income Tax Credit from the current 23 percent of the federal income tax to 30.5 percent and will therefore put money back into the pockets of working families.

“I am proud to have supported this budget that does a lot of good for a lot of people, and it was even better to see Republicans and Democrats come together to do what’s best for our constituents. As always, I’m grateful for the opportunity to represent North Haven in the State House of Representative,” added Rep. Yaccarino.

Rep. Yaccarino and Sen. Ciccarella will host a post-session legislative update on Thursday, July 8, 2021 from 5:30-7:00 p.m. outside the American Legion in North Haven located at 20 Church Street for anyone with questions about the state budget, the 2021 legislative session, or other issues related to state government.