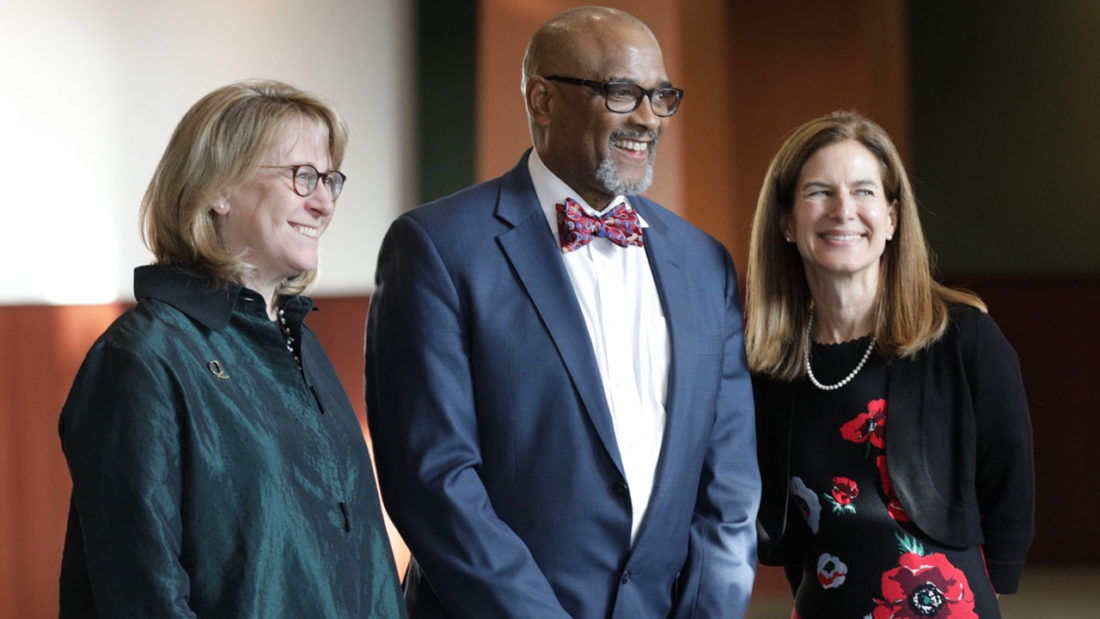 Susan Bysiewicz was the first guest in a spring speaker series presented by the People’s United Center for Innovation & Entrepreneurship.

Connecticut’s lieutenant governor discussed the importance of innovation and entrepreneurship to the state’s economy and the role of universities like Quinnipiac in this effort.

“Lt. Gov. Bysiewicz has been an advocate for small, women-owned and minority-owned businesses for decades,” said Fred McKinney, Quinnipiac’s Carlton Highsmith Chair for Innovation and Entrepreneurship and director of the People’s United Center for Innovation & Entrepreneurship. “She brings passion and experience as our featured speaker.”

Bysiewicz is serving her first term as the 109th lieutenant governor of Connecticut. Previously, she served as secretary of the state, a role in which she helped thousands of businesses grow, registered thousands of voters, cut bureaucratic red tape, honored veterans and fought to keep elections fair. She also served as a state representative in the Connecticut General Assembly, representing the towns of Middletown, Middlefield and Durham.

The People’s United Center for Innovation & Entrepreneurship strives to support the determination and goals of students and entrepreneurs at Quinnipiac. It is the ideal creative space to dream up, research and turn great ideas into viable business solutions with the potential to go to market. The 2020 speaker series will run from Feb. 4-April 29, with a total of 12 events.

“We are very excited about the 2020 speaker series,” McKinney added. “The series features excellent entrepreneurs, senior corporate executives and public sector leaders coming to share their experiences with Quinnipiac students, faculty and staff. The program is also open to entrepreneurs and innovators from the broader community.”