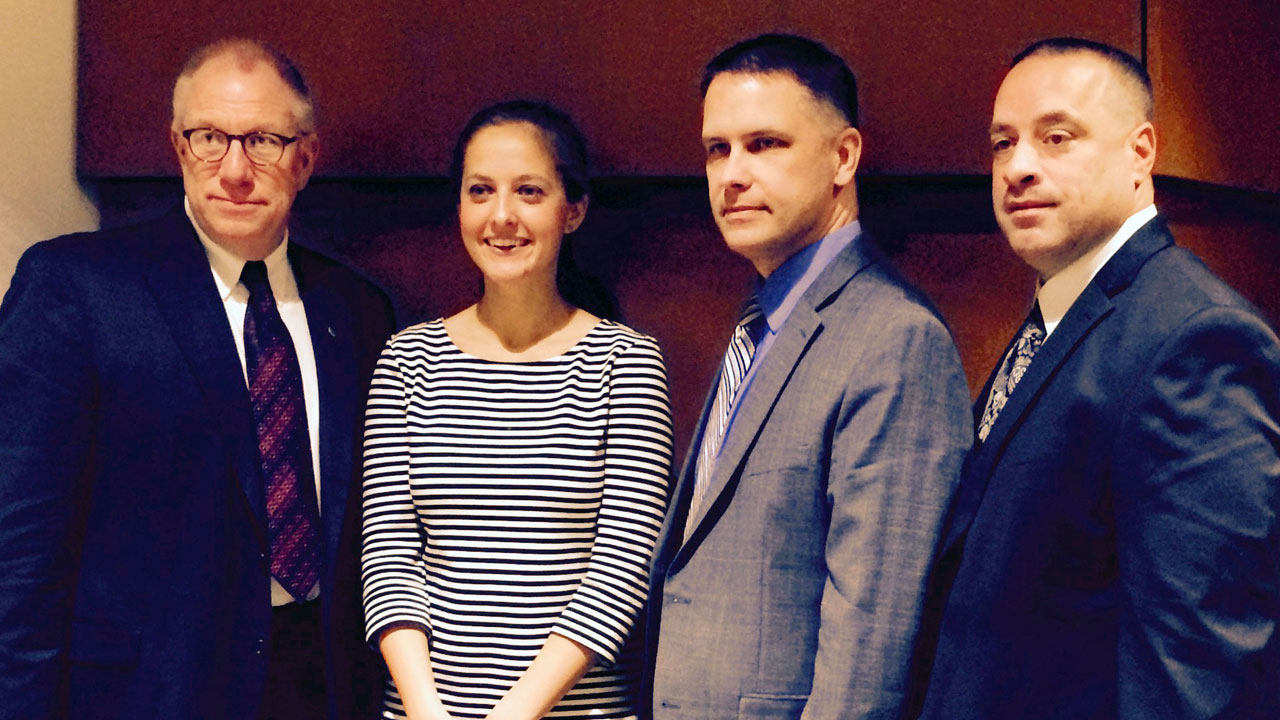 It was a snowy day on April 16, 2007. Kristina Anderson, then a sophomore at Virginia Tech, was late for French class as she tried to decide whether to wear flip flops or sneakers.

Anderson raced to class, entered Norris Hall, slinked into classroom 211 and found a seat in the back of the room. Soon, gunshots rang out.

“Gunshots are alarmingly loud, especially indoors,” Anderson said. “It was a disarming loudness. I equate it to an ax being taken to a piece of wood, ‘Chop, chop, chop.’ I could almost feel the intensity in that hallway moving closer and closer and closer.”

She remembers thinking, “Brace yourself, your turn is going to come.”

Anderson’s professor and 11 of her classmates were murdered in Room 211 that day. She was shot three times – twice in the back and once in the foot – by a deranged gunman. He killed 32 people in total.

On Feb. 4, Anderson recounted her story, “Lessons Learned: Surviving the Virginia Tech Tragedy,” for members of the Quinnipiac University community as well as officials with the Connecticut chapter of the International Association of Campus Law Enforcement Administrators.

The event was attended by about 100 people in the auditorium in the Center for Medicine, Nursing and Health Sciences on the North Haven Campus.

Following the tragedy, Anderson launched the Koshka Foundation for Safe Schools, a non-profit dedicated to improving campus safety, educating students and building a comprehensive network of survivors. She has spoken to 100 groups from high schools, colleges, universities and public safety agencies this year.

“I started the foundation to help spread the message about active-shooter response and why it’s important to learn about tragic events like ours,” Anderson said. “I wanted to help prevent this from happening at other schools and, unfortunately, I saw it was happening on other campuses and jurisdictions. Our message is about preparedness. I want to help prevent shootings before they happen. It’s a positive hope that our event at Virginia Tech did not happen in vain and we can help save people’s lives.”

David Barger, chief of public safety at Quinnipiac and vice president of the Connecticut chapter of the International Association of Campus Law Enforcement Administrators, and Mark Thompson, the university’s executive vice president and provost, listened to Anderson’s speech. Members of Quinnipiac’s Emergency Management Team were also in attendance.

“It’s been nearly eight years since the tragedy at Virginia Tech,” Thompson said in introducing Anderson. “What have we learned in campus policing over the course of the last eight years? What have we learned in prevention, mitigation and response? I’m glad to have with us today a survivor of that tragedy who can share her perspective on what transpired in Norris Hall.”

Anderson outlined steps that law enforcement agencies, colleges and universities can take – ranging from increased active shooter response training and detecting warning signs before an incident, to dealing with the media and the families of victims in the aftermath of tragedy. She also introduced, “LiveSafe,” a campus safety app she helped create.

“I found a mission and a purpose in the Virginia Tech massacre which propels me to keep on going,” she said.