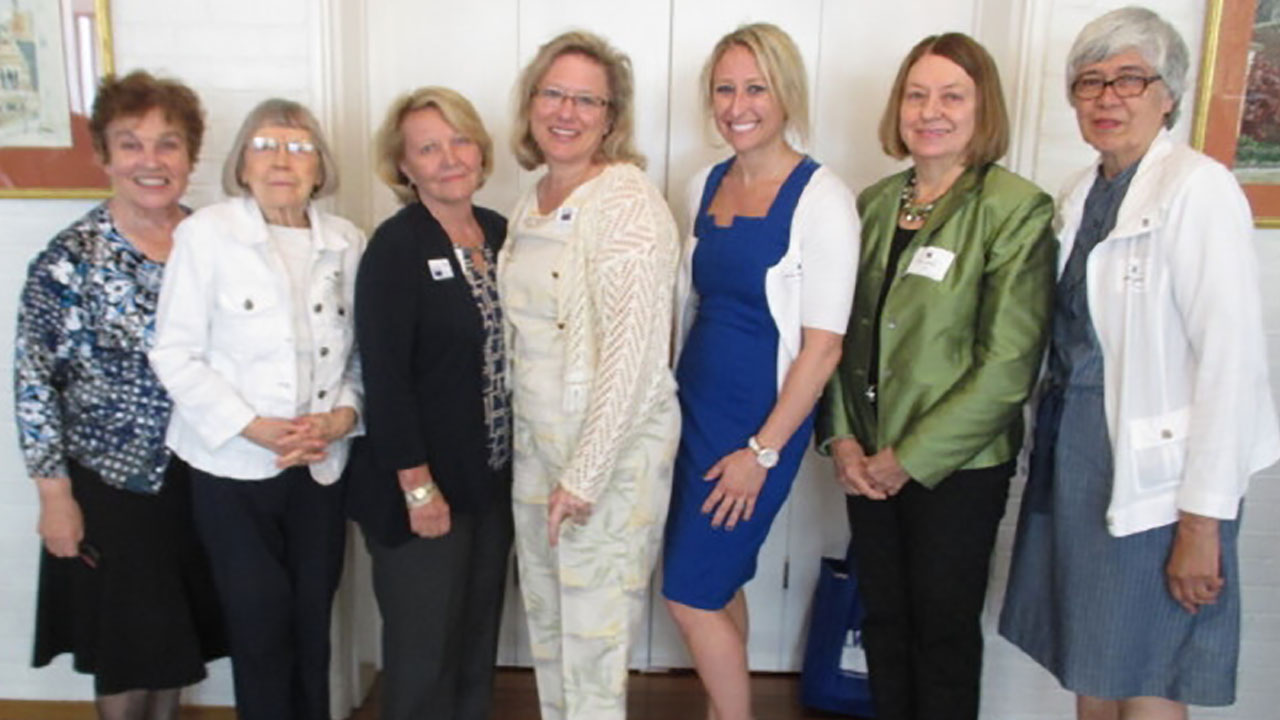 The LWV of Hamden-North Haven was among 18 local Leagues that sent representatives to the Convention of the League of Women Voters of Connecticut, LWVCT, June 14, held at the Graduate Center, Elm Street, in New Haven.

The Convention elected two Hamden-North Haven members to the Board of LWVCT. Ann Martinuzzi was elected Treasurer and Elona Vaisnys will serve on the Nominations Committee. Jackie MacKnight was appointed to a second term as LWVCT Social Media Chair.

Two Hamden-North Haven members were presenters at the Convention. MacKnight, Director of Social Media, Marketing, and Events for the Better Business Bureau of Connecticut, did a workshop on “Multi-Generational Engagement: Identifying and Communicating.” When the equipment malfunctioned, she spoke without her PowerPoint, impressing the audience with the depth of her content and the effectiveness of her delivery. Vaisnys, who was finishing her five-year service as LWVCT Membership Director, gave the membership report (new members changing the profile of local Leagues in our state–not uniformly for certainly for Hamden-North Haven).

The LWV of Hamden-North Haven was second among Connecticut local Leagues in new members joining in 2013-14. LWV of Greenwich took the Membership Prize.