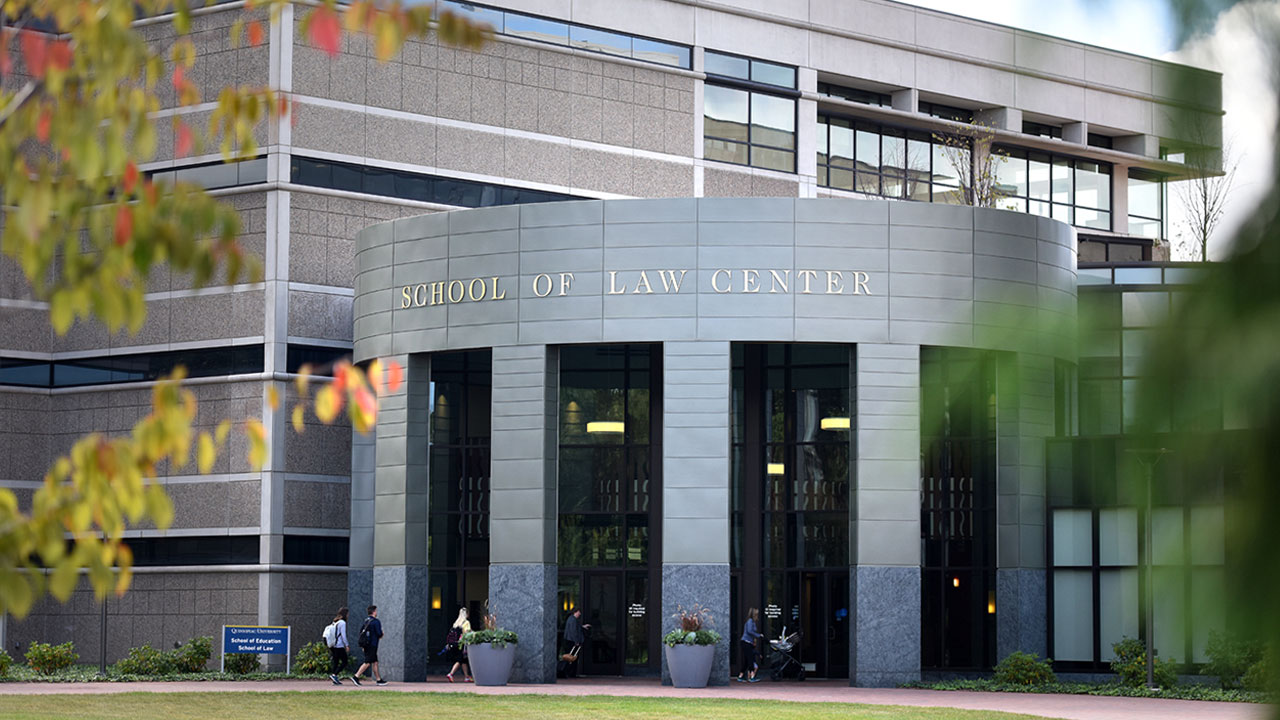 “Human trafficking is modern day slavery,” said HTPP member Jane Stream, a third-year law student from Hampden, Massachusetts. “It is an issue that not many people want to believe is happening in their backyards, when the truth is every county throughout the state has been affected by it. We hope that by spreading awareness, our project can provide the knowledge and power to help combat the human trafficking epidemic.”

On Tuesday, Jan. 28, the student group will screen the documentary, “Trafficked in America: The Hidden Reality of Labor Trafficking in the United States,” beginning at noon in Room 350. This documentary tells the story of unaccompanied teens from poor Guatemalan families who are enticed to come to the U.S., only to be forced to live and work against their will at a Midwest egg farm.

Also on Jan. 28, two trafficking experts will debate, “Should Prostitution Be Legalized?” and other hotly-contested topics in the fight against trafficking at 6 p.m. in the Ceremonial Courtroom.

The symposium continues on Wednesday, Jan. 29, at 6 p.m. in the Courtroom with, “Perspectives from a Male Survivor of Sex Trafficking.” Sex trafficking affects not only women and girls, but also men and boys, as well as trans individuals.  A male survivor will discuss his story, including how he got drawn into the life, his experiences as a victim and how he managed to escape and rebuild his life.

The events conclude at 6 p.m. on Thursday Jan. 30 when members of Quinnipiac’s HTPP present, “What You Should Know.” The group has trained hotel workers, teachers, medical professionals and public defenders. The training will discuss sex trafficking versus labor trafficking; describe who are the victims, the traffickers and the buyers; explain how traffickers target and lure their victims, including online recruitment; and identify the signs of trafficking and how to respond.

“Human trafficking is one of those topics people try to avoid,” said Danielle Hottin, a third-year law student from North Branford and chairwoman of the HTPP club. “No one ever wants to believe it is happening in their state or in their town. It is happening everywhere. That is why we do what we do. We’ve opened our eyes to this issue and want to help others do the same.”

The events are free and open to the public, but registration is required by noon on Jan. 24.

In addition, HTPP members will have boxes on the North Haven Campus throughout the month to collect new, unused supplies for The FBI New Haven Citizens Academy Alumni Association’s Backpacks for Freedom in an effort to help victims of human trafficking.  Items in need include: toiletries, yoga pants, T-shirts, bras and underwear, slippers, socks, towels, stuffed animals, pens, paper and black backpacks.