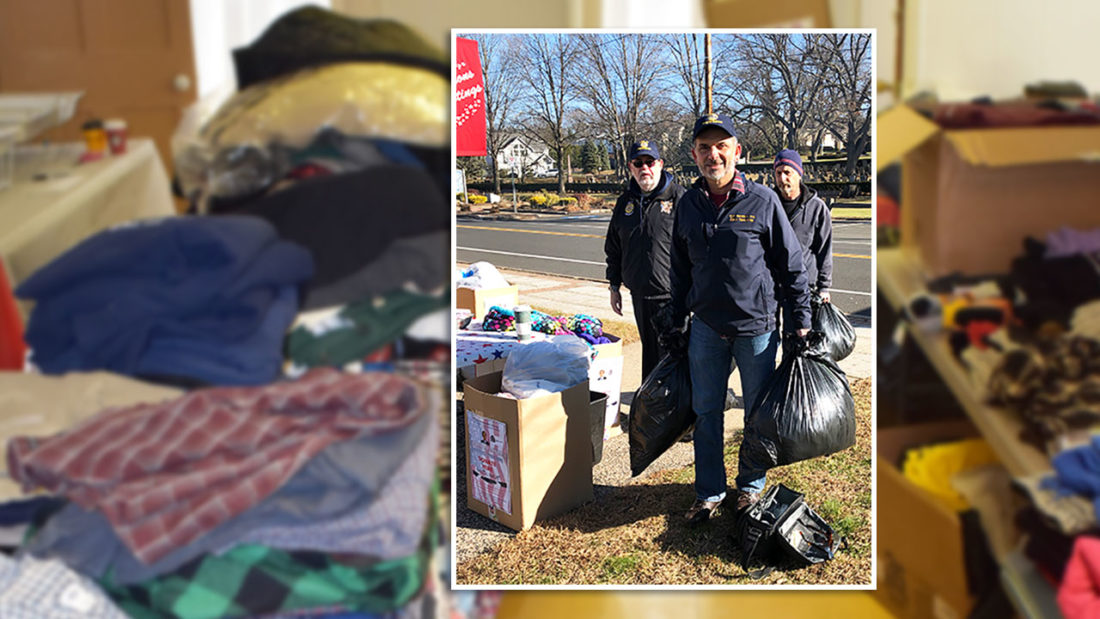 State Representative Dave Yaccarino (R-87), a member of the legislature’s Veterans’ Affairs Committee, joined by members of North Haven’s community and members of  The American Legion Post 76 donated their time Friday morning to sort through 1000+ of coats, hats, gloves, scarves and other items to benefit those in need this upcoming winter season.

Rep. Yaccarino and members of The American Legion Post 76 separated, organized and packaged thousands of jackets and coats, hats and countless pairs of gloves to be distributed to the Columbus House shelter for veterans and New Reach Life Haven shelter for women and children. In total, all of the items donated for the drive filled up 23 very large bins.

“This winter clothing and coat drive was a huge success and a true community effort. We’ve already had our first snow fall and I know that these items will be needed,” Rep. Yaccarino said. “I’m happy to announce that in a short time we were able to collect thousands of high-quality jackets and items to be distributed free of charge to those who need these simple necessities most. Thank you to all those who donated and contributed to making this donation drive a huge success.”

Rep. Yaccarino organized the event and elicited help from the community and local businesses to assist in collecting and processing the sheer volume of donations.

Rep. Yaccarino would also like to thank the following businesses and town agencies for their continued community support and for serving as collection points for the clothing: Arnold’s Jewelers, The American Legion Post 76, McDonald’s (129 Washington Avenue), DJ’s Sports Collectibles & Comics, Bagelicious II, and Yaccarino Automotive.