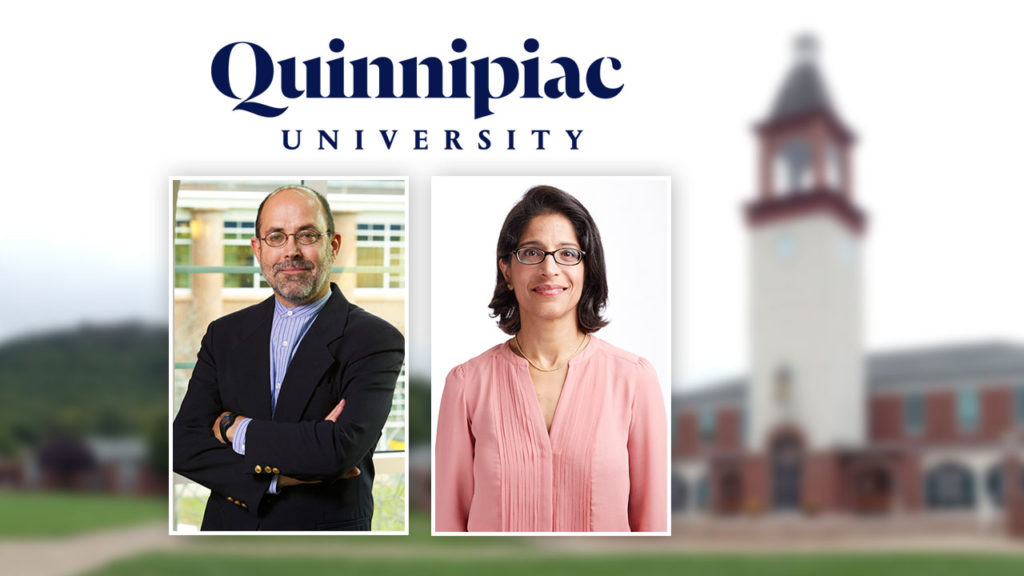 Two immigration experts will discuss the “Changing Immigration Law and Policy” on Tuesday, March 28, at 5 p.m. in the Ceremonial Courtroom at the Quinnipiac University School of Law Center, 370 Bassett Road. This event is free and open to the public.

John Thomas, a professor at the School of Law and the Frank H. Netter MD School of Medicine at Quinnipiac, and Sheila Hayre, an adjunct law professor at Quinnipiac, will discuss the Trump administration’s modifications to previous immigration law and policy, including litigation concerning both versions of the administration’s “travel ban.” The professors also will address the social and public health implications of these developments.

Thomas, who teaches health law and intellectual property at Quinnipiac, has law and bachelor’s degrees from the University of Arizona, and an MPH and LLM from Yale University. He has been published in more than 200 publications addressing topics from gun violence to health policy, politics, autism, juvenile justice, and music and musical instruments. His works have appeared in law reviews, medical journals, major newspapers, a wide range of music magazines and the “Oxford Dictionary of Music.”

Hayre, who teaches classes on immigration and representing clients, graduated from the Yale Law School and worked as a clerk for the U.S. Court of Appeals for the Second Court and then the U.S. District Court for the District of Connecticut. For the next 10 years, she worked as a staff attorney at the New Haven Legal Assistance Association, Inc., where she practiced both family law and immigration law. In 2013, Hayre joined the faculty at the National University of Singapore’s Faculty of Law (NUS Law), where she taught trial advocacy, legal case studies, crossing border: law, migration and citizenship; and a clinical module called the “Employment Law and Migrant Workers’ Clinic.”

This program is part of a new School of Law series, “Law and Civil Discourse in a Time of Change,” which has been developed to increase understanding and facilitate civil discourse around important areas of policy that have changed or may change during President Donald Trump’s administration.