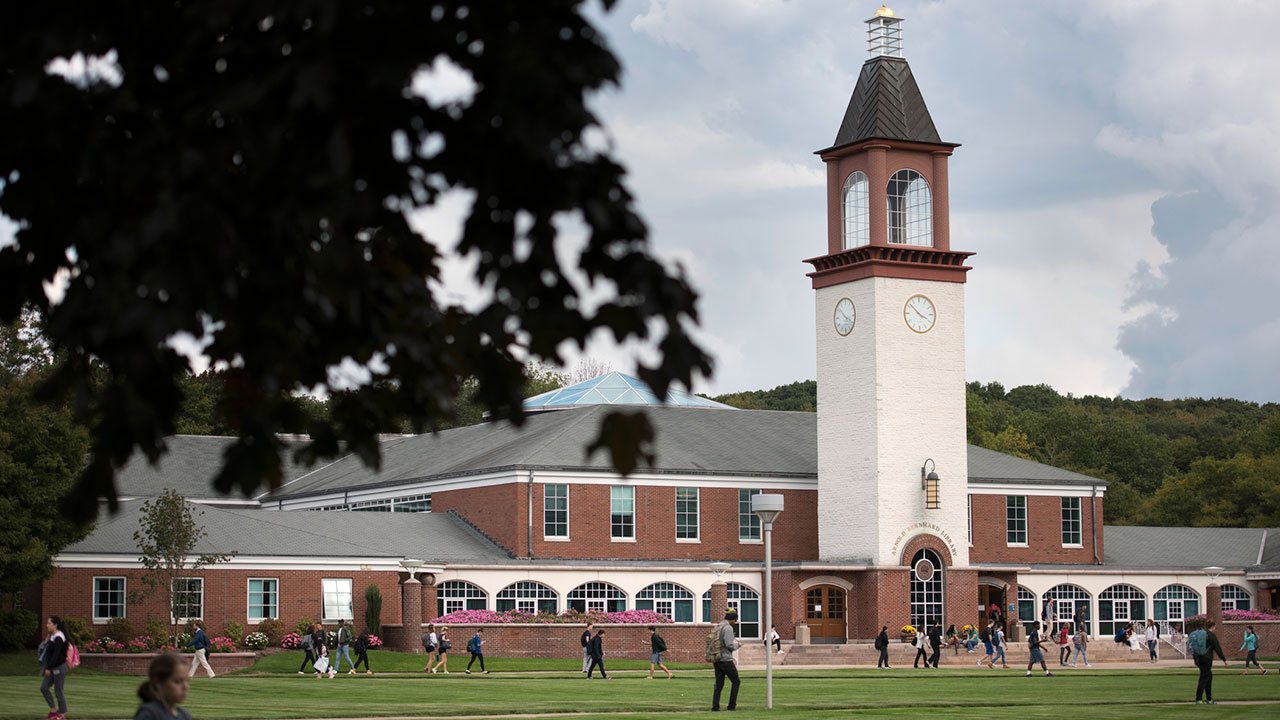 For the second straight year, Quinnipiac University has been named one of the “Top 60 Private Schools Jews Choose” in Hillel International’s “College Guide: The Official Hillel Guide to Jewish Life on Campus.”

The magazine is considered a primary resource for Jewish students and families embarking on their college search, not only in choosing schools to attend but in presenting the opportunities each student has to experience an exciting and enriching Jewish life on campus.

“Validation from your peers is the greatest compliment one can hope for,” said University Rabbi Reena Judd. “We are very grateful and elated. It has taken a lot of hard work. When Jewish parents and their children are looking at colleges and universities, Hillel International is where they start.”

The Rev. Jordan Lenaghan, director of the office of religious life at Quinnipiac, said, “A robust and vibrant Jewish community is one of the great features of the Quinnipiac student-life experience. It is terrific to see the work done by Rabbi Reena Judd is once again garnering the national recognition it deserves.”

The magazine examined the number and percentage of Jewish undergraduate and graduate students, Jewish courses and study offerings, Jewish educators, opportunities to study abroad in Israel, and kosher options.

Quinnipiac is home to the Peter C. Hereld House for Jewish Life, a center that serves as a gathering space for students who would like to meet each other and explore their faiths. It’s a center of Jewish culture and includes a place for services, a living room with a fireplace and television, a rabbi’s study, a deck and two conference rooms. The house is named for Hereld, a Holocaust survivor.

“All of us love to be together and we love the rabbi,” said Noa Haninovich, a junior marketing major from Manhattan, New York who will serve as president of Hillel at Quinnipiac during the spring semester. “That is exemplified by the ranking. The house gives me the opportunity to meet other people who are Jewish.”

Quinnipiac is ranked in the Fall edition of the magazine. The list also includes schools such as Yale, Harvard, Duke, Cornell, Princeton, Columbia and Brown.

“It feels great,” said Matt Heller, a senior broadcast major and former house president from Syosset, New York. “A lot of my Jewish friends ends up at Michigan or Cornell or one of the bigger schools. You wouldn’t think that a smaller school like Quinnipiac would get ranked in the top 60. I think that’s something to brag about.”