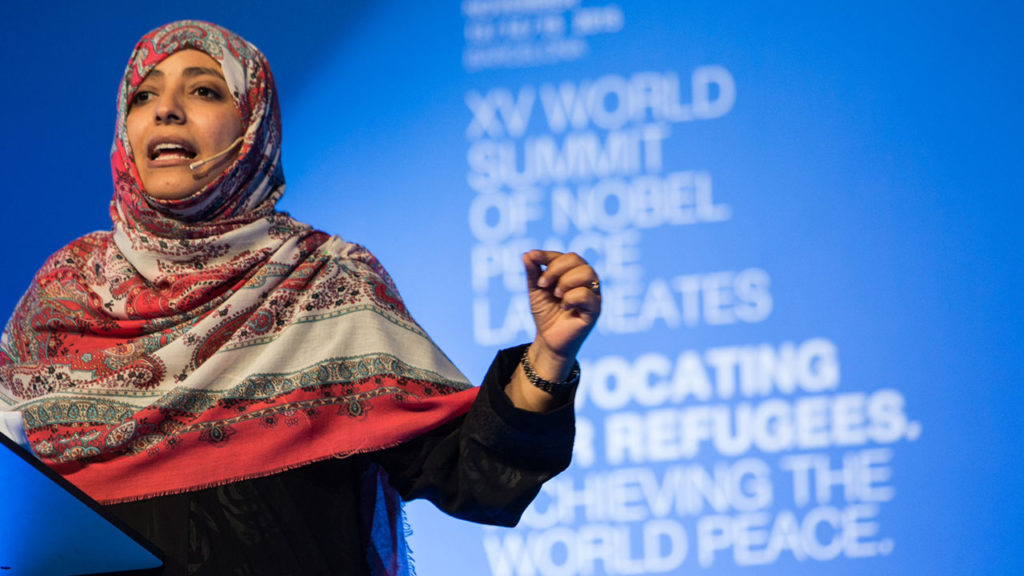 Three Nobel Prize laureates will discuss peace, gender issues and human rights when they participate in a panel discussion at 7:30 p.m. on Wednesday, Sept. 14, at Burt Kahn Court at Quinnipiac University, 275 Mount Carmel Ave. The Albert Schweitzer Institute at Quinnipiac is sponsoring the event, which is free and open to the public.

Ebadi is an Iranian lawyer, a former judge and human rights activist and founder of the Defenders of Human Rights Center in Iran. In 2003, Ebadi was awarded the Nobel Peace Prize for her significant and pioneering efforts for democracy and human rights, especially women’s, children’s and refugee rights. She was the first ever Iranian to receive the prize.

Gbowee, founder and president of the Gbowee Peace Foundation, is a Liberian peace activist, social worker and women’s rights advocate who was awarded the Nobel Prize in 2011. She is best known for leading a nonviolent movement that brought together Christian and Muslim women to play a pivotal role in ending Liberia’s 14-year civil war in 2003. This historic achievement paved the way for the election of Africa’s first female head of state, Liberian President Ellen Johnson Sirleaf. It also marked the vanguard of a new wave of women emerging worldwide as essential and uniquely effective participants in brokering lasting peace and security.

Karman also was awarded the Nobel Peace Prize in 2011 in recognition of her work in nonviolent struggle for the safety of women and for women’s rights to fully participate in peacebuilding work in Yemen. Upon being awarded the prize, Karman became the first Yemeni, the first Arab woman, and the second Muslim woman to win a Nobel Peace Prize, as well as the youngest Nobel Peace Laureate to date, at the age of

32. She is a mother of three as well as a human rights activist, journalist, politician, and senior member of the Al-Islah political party.