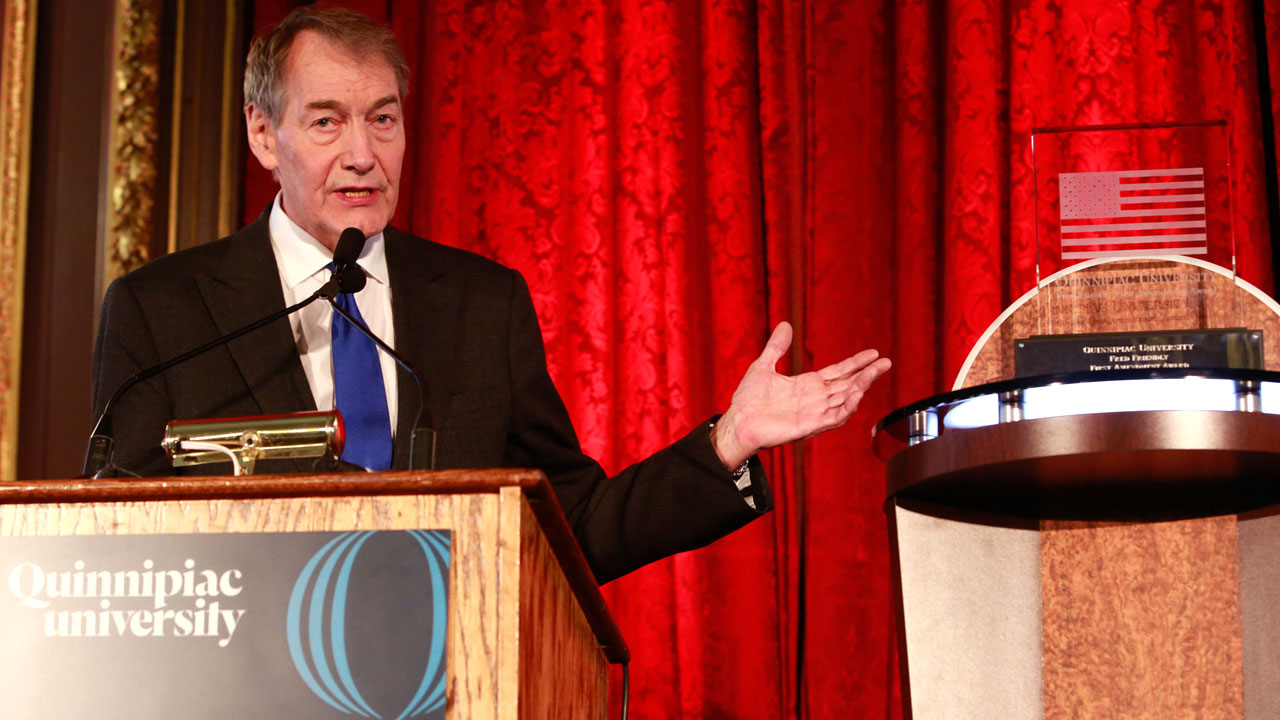 “I’m proud to join so many people who I admire that have been recipients of this award,” Rose said. “To be in the same place they are, and to be mentioned in the same sentence as Fred Friendly, is a big honor for me. There are so many people here who have believed in me, worked with me and shared the success.”

Rose’s diversity and his experience are unparalleled. In addition his reporting for CBS and PBS, he does long-form pieces for “60 Minutes” and “60 Minutes Sports.” He also has filled in as anchor of the “CBS Evening News” and as moderator of “Face the Nation.”

Rose has perfected the art of the interview.

“The interview is about engagement, context and analysis,” he said. “It is about less is more. A lot of people spend too much time asking the questions and telling people what they know and not enough time simply pursuing what they don’t know. That has taken me a very, very long way. If you are prepared to put in the time that is necessary you will find that it is extremely rewarding.”

Since 1994, Quinnipiac has presented the Fred Friendly First Amendment Award to honor those who have shown courage and forthrightness in preserving the rights set forth in the First Amendment. The award bears the name of the former CBS News president and champion of freedom of speech.

Friendly’s widow, Ruth, described Rose as, “someone with a passion, someone who has a fire in his belly just like Fred and someone who wants to make television a place to air, discuss and analyze thought-provoking subjects.”