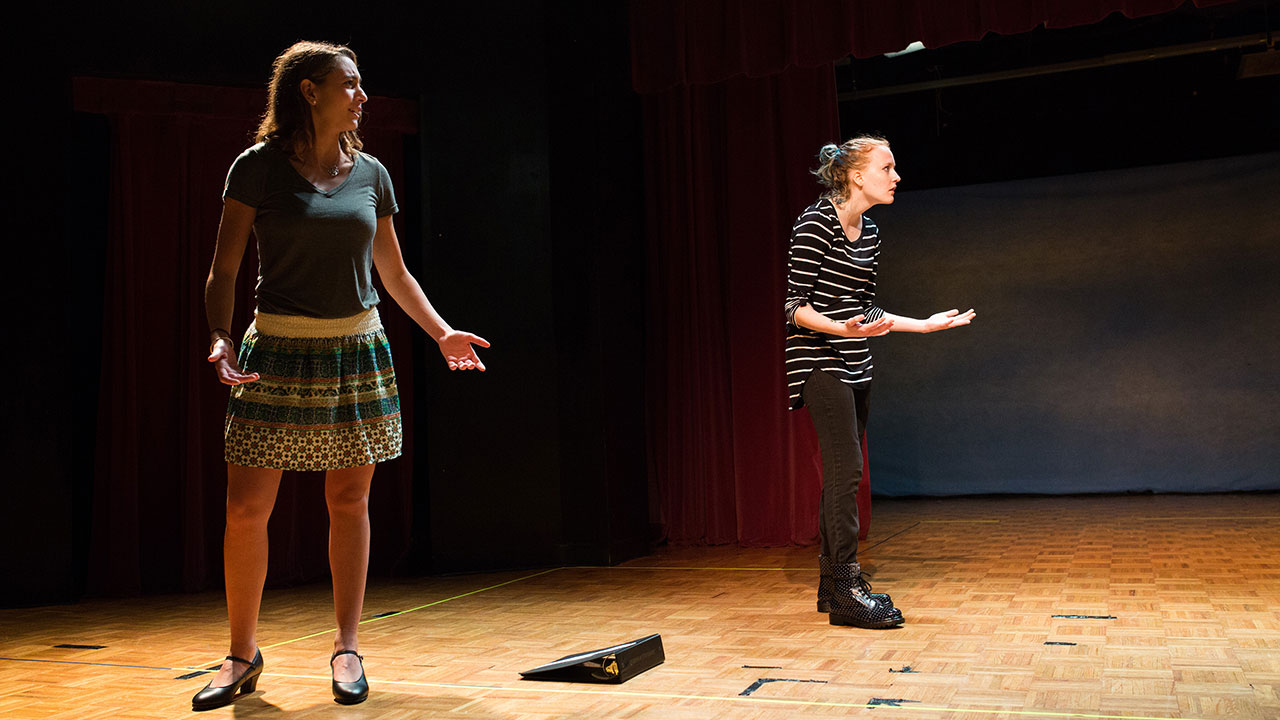 Quinnipiac University students Nicolette Fino of Marlboro, New Jersey and Emma Griffiths of North Haven rehearse a scene from ‘The Servant of Two Masters,’ which will be performed Oct. 15-18 in the Clarice L. Buckman Theater at Quinnipiac. Photo by: Christopher Capozziello.

Adapted and translated by Jeffrey Hatcher and Paolo Emilio Landi, the play revolves around the perpetually hungry servant, Truffaldino, who takes on two jobs at the same time believing, that as long as his two employers don’t catch on to his scheme, he can double his income and eat six meals a day rather than three. What follows is a comical cascade of mistaken identities, mishaps and misadventures resulting in multiple marriages.

Truffaldino will be played by Gerard Lisella of Cortlandt Manor, New York, with Nicolette Fino of Marlboro, New Jersey, as Smeraldina; Christina Comizio of Vernon, New Jersey, as Beatrice; Dylan Carris of Monroe, as Florindo; Marjorie (Maggie) Richardson of Wallingford, as Clarice; Ryan Sheehan of Forestdale, Massachusetts, as Silvio; James Miller of Ashland, Massachusetts, as Pantalone; Tyler Evon of Branford, as Dr. Lombardi; Tenneh Sillah of Boston, as Brighella; Amber Hopwood of Middleboro, Massachusetts, as Muffeletta; Eric Pfeiffer of Guilford, as Floggolozzo; and Emma Griffiths of North Haven, as Giulietta.