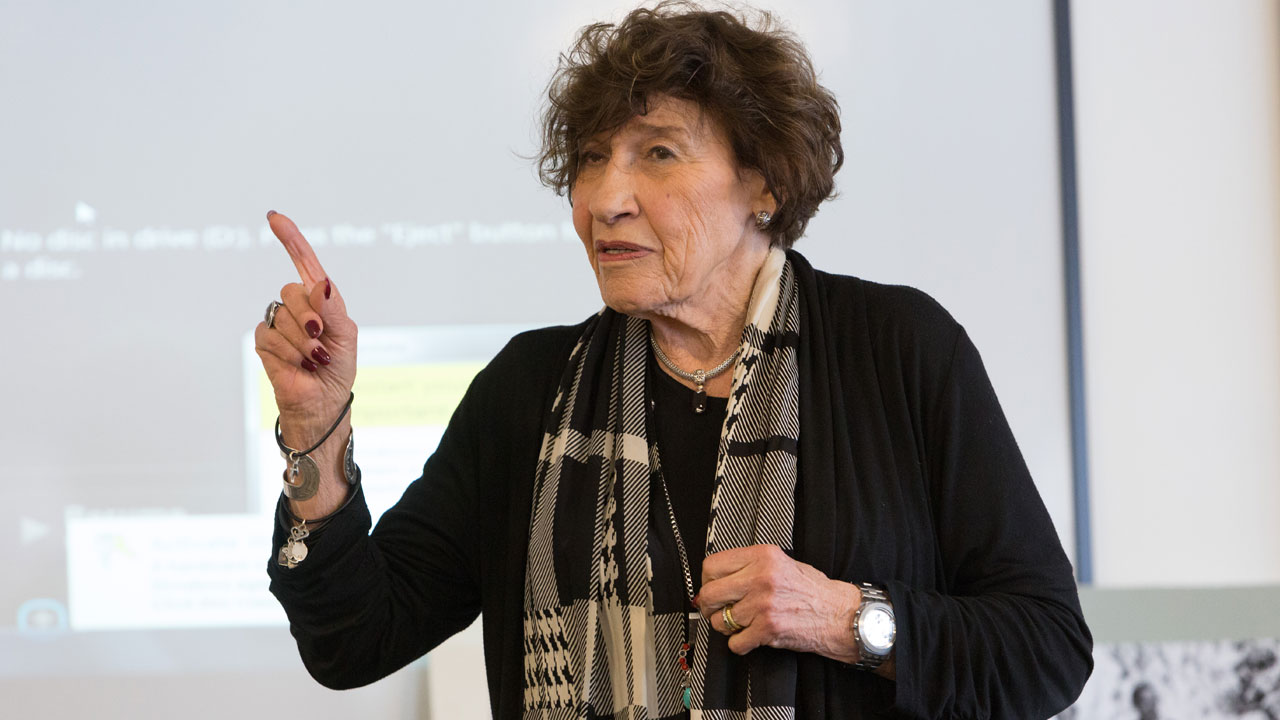 Anita Ron Schorr of Fairfield, a Holocaust survivor, will share her experiences surviving the mass genocide when she speaks at 1:30 p.m. on Wednesday, Oct. 28, at the Center for Medicine, Nursing and Health Sciences, Room 101, on Quinnipiac University’s North Haven Campus, 370 Bassett Road. The event is free and open to the public.

Schorr’s lecture is part of the Anti-Defamation League’s (ADL) Echoes and Reflections Holocaust Educator program, which is co-sponsored by the School of Education at Quinnipiac. The program is a 10-part curriculum on the Holocaust and is directed toward middle and high schools in Connecticut and Massachusetts. In 2013, she told her powerful life story to more than 50 schools in Connecticut.

Schorr, a native of Czechoslovakia, is among the youngest Holocaust survivors alive today. She was arrested with her family in 1939 when she was 8. After her parents and brother were killed, she was sent to several concentration camps, including Terezin and Auschwitz. She was also a slave laborer in Hamburg, Germany.

Driven by a relentless need to survive, Schorr was finally liberated from the Bergen-Belsin concentration camp. She left for Israel in 1948 to join the Haganah, a Jewish military organization, and fought in the Israeli War of Independence. Following the war in 1959, she came to the United States to start a new life.

Schorr began telling her story to audiences after attending the opening of the United States Memorial Holocaust Museum in Washington, D.C. in 1993. Schorr now leads a life of optimism while making Holocaust education a key mission in her life.