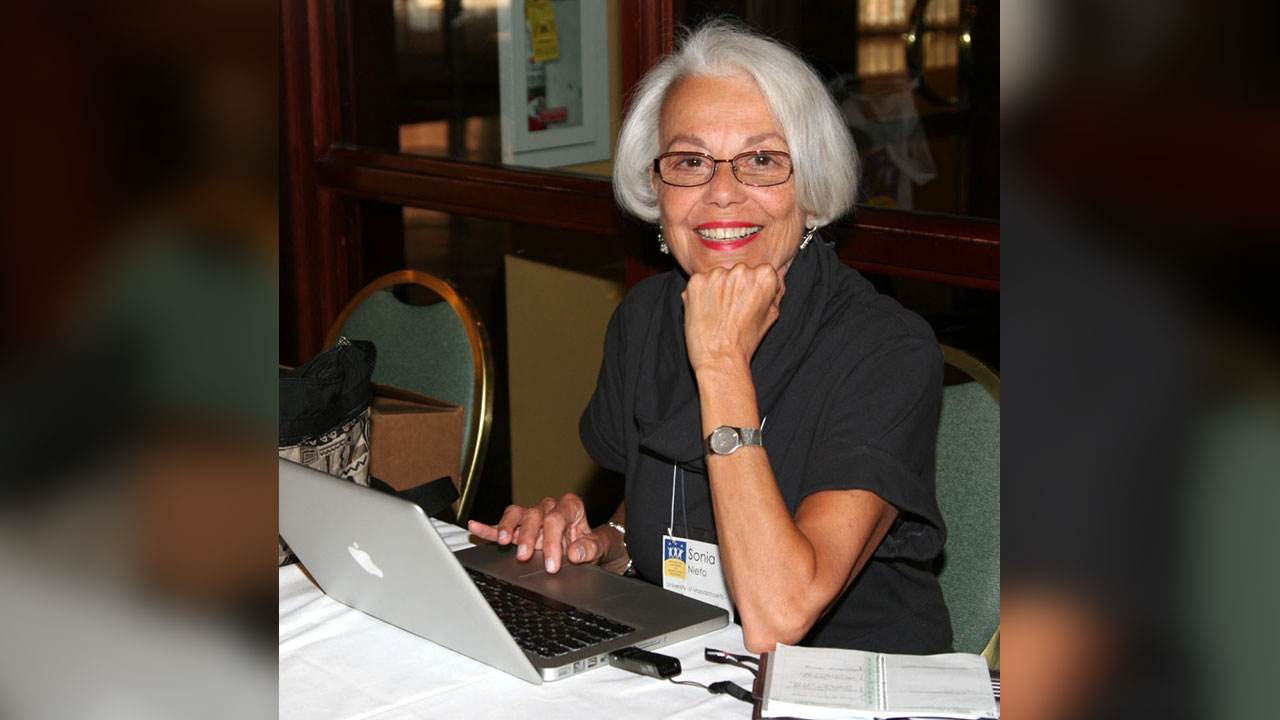 Sonia Nieto, professor emerita of language, literacy and culture at the University of Massachusetts, Amherst, will discuss her new book, “Why We Teach Now,” at 7 p.m. on Tuesday, Sept. 29, at the North Haven Campus of Quinnipiac University, 370 Bassett Road.

Sept. 9, 2015 – Sonia Nieto, professor emerita of language, literacy and culture at the University of Massachusetts, Amherst, will discuss her new book, “Why We Teach Now,” a collection of essays written by teachers, at 7 p.m. on Tuesday, Sept. 29, in the auditorium in the Center for Medicine, Nursing and Health Sciences on the North Haven Campus of Quinnipiac University, 370 Bassett Road.

Born and raised in Brooklyn, New York, Nieto earned her bachelor’s degree in elementary education from St. John’s University. Upon graduation, she attended New York University’s graduate program in Madrid, Spain, and earned her master’s in Spanish and Hispanic literature. She began her teaching career teaching English, Spanish and Spanish as a second language at a junior high school in Brooklyn, and later accepted a post at P.S. 25 in the Bronx, the first fully bilingual school in the Northeast. Her first position in higher education was as an instructor in the Department of Puerto Rican Studies at Brooklyn College, where she taught in a bilingual education teacher preparation program.

After moving to Massachusetts in 1975, Nieto completed her doctoral studies in 1979 with specializations in curriculum studies, bilingual education and multicultural education. After retiring from the University of Massachusetts in 2006, Nieto continues to speak and write on multicultural education, teacher preparation, the education of Latinos and other culturally and linguistically diverse student populations. Her book, “Affirming Diversity: The Sociopolitical Context of Multicultural Education,” is widely used in teacher preparation and in-service courses around the country.