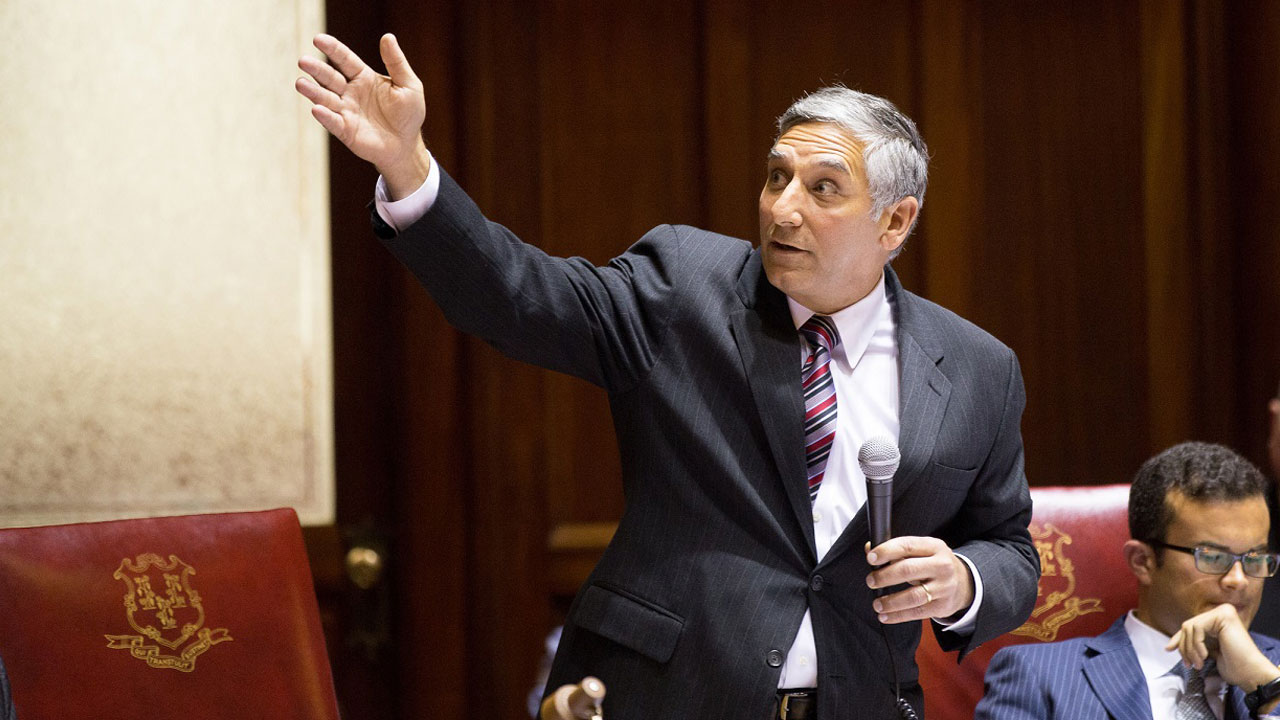 Hartford – Senator Len Fasano (R-North Haven), Senate Minority Leader, voted against the state budget for fiscal years 2016-2017 negotiated by Governor Dannel P. Malloy and legislative Democrats behind closed doors. The budget, which passed the Senate late last night and now heads to the governor’s desk, includes a $2 billion tax increase, the second largest tax increase in state history. This budget also includes cuts and changes that would place added burdens on middle and working class families as well as employers of all sizes.

“Despite what we have been promised, despite the rhetoric we have heard from the governor, Connecticut is putting a damper on potential for job growth and fiscal stability,” Fasano said, referencing the governor’s campaign promise to not raise taxes. “This budget represents broken promises and a complete disregard for the warnings made very clear over the past few months. Connecticut cannot afford new taxes. We cannot afford to rely on questionable revenue sources like keno to keep our state running. No one wants to see people leave our state, but I fear this budget will be the last straw for many.”

After starting the Senate debate on the state budget bill around 5:30pm on Wednesday June 3, Senate Republicans attempted to push for a special session on the budget by running out the clock on the legislative session which ended at midnight.

The Republican filibuster was halted when Democrat lawmakers attempted to force a vote and Republicans ended their debate. During the floor discussion in the senate circle, Sen. Fasano also questioned the “closed door” negotiation system and the lack of a long term structural plan to address our financial problems. Sen. Fasano repeatedly asked: “When are we going to change?”

Republicans proposed their own budget, a “Blueprint for Prosperity,” earlier this year that restored many of the governor’s proposed cuts to social services without raising taxes.

Legislative Republicans have fought against the Democrat’s budget proposal by launching an online petition urging the public to tell their lawmakers to say “no” to new taxes at www.NoNewCTtaxes.com. The petition garnered over 10,000 signatures. Lawmakers also held a public information hearing at the state Capitol to give the public an opportunity to share their opinion on the proposed new taxes in the Democrats’ budget. Over 900 people submitted testimony and 100 testified in person, filling three hearing rooms at the Legislative Office Building.

“I want to thank everyone who spoke out about the tax proposals and damaging cuts,” said Fasano. “Your phone calls, your testimony, and your presence at the Capitol made it very clear that this budget was not in the best interest of our state and our taxpayers. I was proud to fight for you, and to fight for change.  The passage of this budget represents a sad day for Connecticut. Without a doubt, every family in our state will feel the effects of these dangerous policy decisions. Putting job creators in a chokehold, burdening families and favoring special interests over the good of the public does not create a brighter future for Connecticut.”

The biennial budget will implement the following tax hikes, new taxes, and cuts impacting families across the state:

The budget now heads to the governor’s desk where he will have 15 days to either sign or veto the budget.