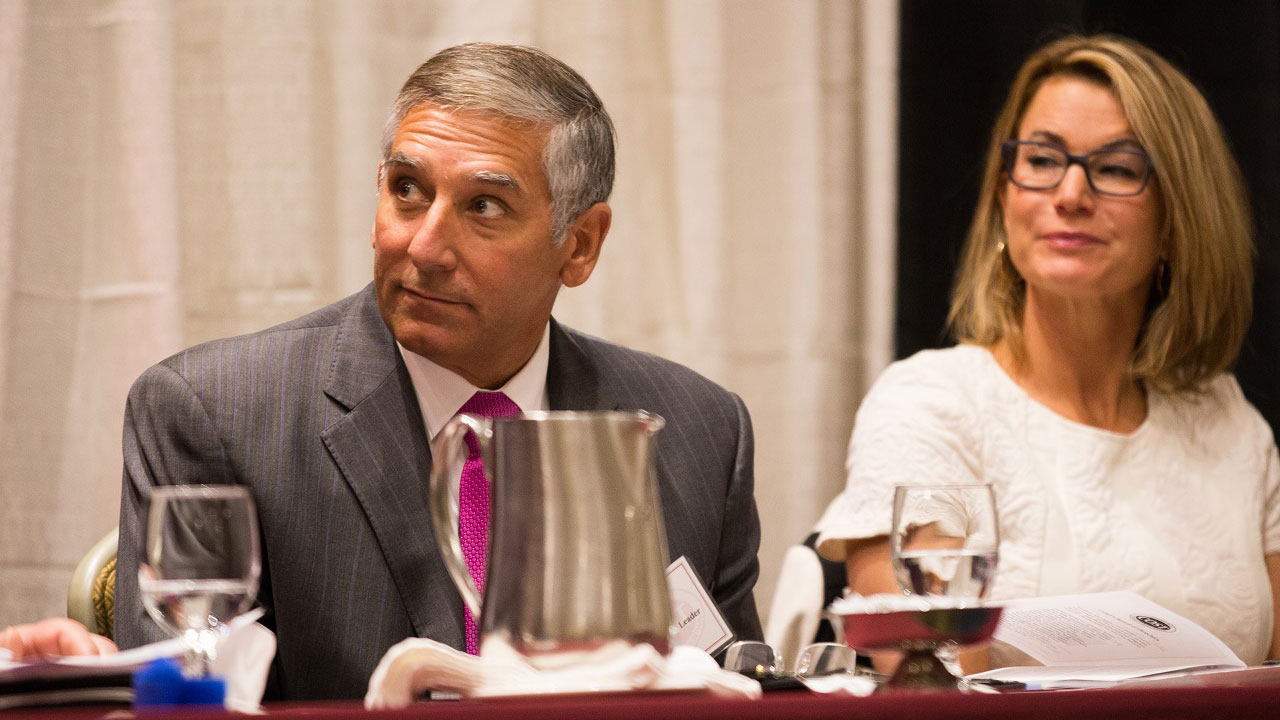 Fasano was joined by Senate President Martin Looney (D-New Haven), Speaker of the House Brendan Sharkey (D- Hamden) and House Minority Leader Themis Klarides (R-Derby) in a panel discussion hosted by CT News Junkie’s Christine Stewart. The governor and lieutenant governor attended the event, along with over 300 town representatives from across the state. The panel addressed the 2015 legislative priorities outlined by COST’s member towns including issues such as municipal state aid, fair-share education funding, infrastructure and transportation issues, property taxes and unfunded mandates.

“I was honored to be called on by our state’s small towns to discuss their needs and identify how legislators can help towns achieve their goals, support their residents and spark local economic growth,” said Fasano. “The governor has already informed towns that times are tough and they shouldn’t expect any new state funding. But even in tough times, we have to hold the line when it comes to our towns and maintain municipal funding at current levels. When our towns succeed, our state succeeds.”

“We need to reprioritize and restructure the way the state spends money. In these tough financial times, state government needs to look inward to find inefficiencies. We cannot ask towns to do more with less until we’ve weeded out all the inefficiencies at the Capitol.”

Fasano also stressed the importance of fully funding the state’s Payment in Lieu of Taxes (PILOT) program. Underfunding the program has put added burdens on many towns that cannot collect property taxes from nonprofits. He disagreed with Looney and Sharkey’s idea to create a new tiered PILOT system, explaining that nothing is wrong with the program’s current structure.

“The real problem is that it is not properly funded,” said Fasano.

Fasano expressed his opposition to unfunded mandates that are often pushed onto towns by the legislature. He shared his support for COST’s request for legislation to require any new or expanded unfunded mandate first be approved by a 2/3 majority of the legislature before going into effect. This concept has been rejected by the majority party in the past.

Legislators from both sides of the aisle found common ground on COST’s request to change town pension plans to reduce future burdens on taxpayers. Fasano said he would co-sponsor a bill with Sharkey giving towns permission to make their requested changes.

For more information about COST’s legislative priorities visit www.ctcost.org or http://www.ctcost.org/Pages/COST_News/01F9FA9E-000F8513. A video of the entire COST meeting can be viewed on CT-N’s website.