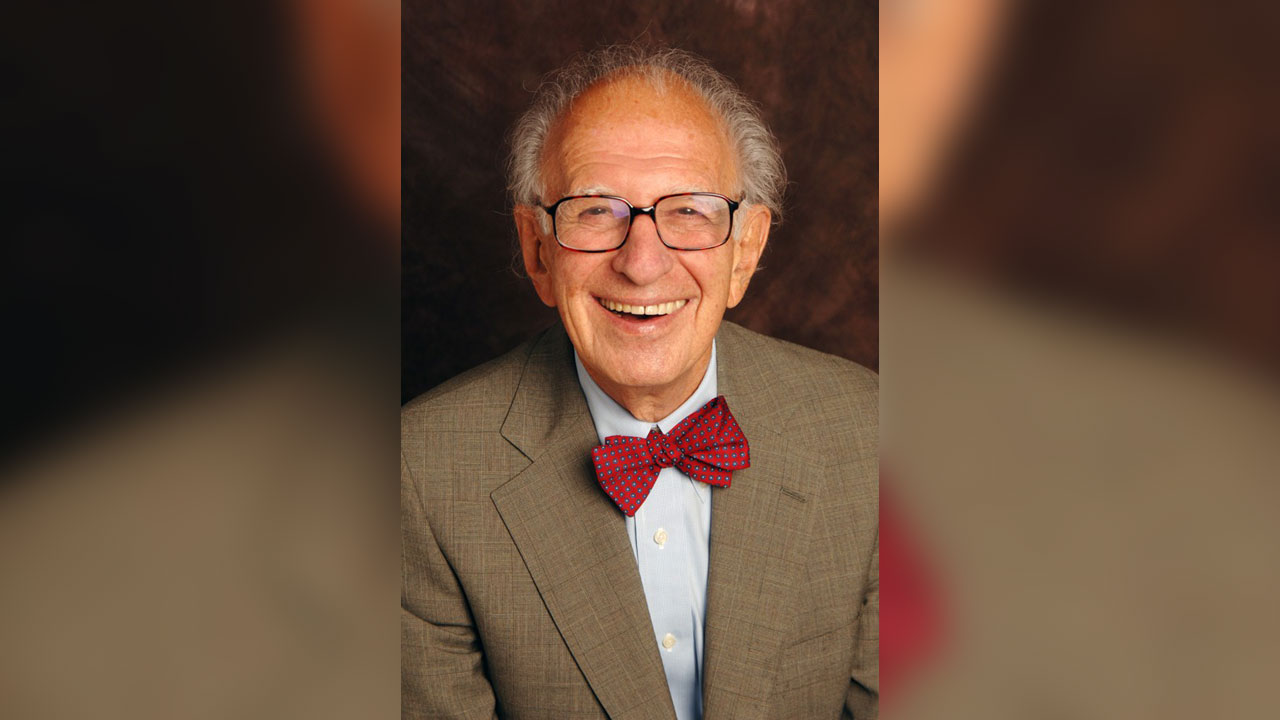 Dr. Eric R. Kandel, the neuropsychiatrist who received the 2000 Nobel Prize in physiology or medicine, will deliver the lecture, “The Age of Insight: The Quest to Understand the Unconscious in Art, Mind and Brain from Vienna 1900 to Present,” at 7 p.m. on Monday, Nov. 4, in the auditorium at Quinnipiac University’s Center for Medicine, Nursing and Health Sciences on the North Haven Campus.

The lecture is part of Quinnipiac’s year-long celebration of the Frank H. Netter MD School of Medicine, which opened on the North Haven Campus in August.

“In my talk, I will focus on how the new biological science of mind has begun to engage with figurative art,” Kandel said. “I will limit my discussion to one particular art form, portraiture, in one particular cultural period, modernism in Vienna, 1900.”

Kandel said portraiture is a highly suitable art form for scientific exploration. “We now have the beginnings of an intellectually satisfying understanding of how we respond to the facial expressions and bodily postures of others,” he said.

Kandel said he will focus on the period “Vienna 1900” because this artistic school of painters can be explored in depth. “There are only three major artists, Klimt, Kokoschka and Schiele, yet the school is important in the history of art both collectively and individually,” he said. “Moreover, the concern of these artists with the truth lying beneath surface appearances of their subjects was paralleled and influenced by similar concerns with unconscious mental processes in contemporaneous scientific medicine and psychoanalysis. Thus, the portraits of the modernists, in Vienna 1900, also represent an ideal example of how artistic, psychological and scientific insights can enrich one another.”

Kandel is a university professor and Fred Kavli Professor and director of the Kavli Institute for Brain Science at the Columbia University College of Physicians and Surgeons. He also is a senior investigator at the Howard Hughes Medical Institute.

A graduate of Harvard College and the New York University School of Medicine, Kandel trained in neurobiology at the National Institute of Health and in psychiatry at Harvard Medical School. He joined the faculty of the College of Physicians and Surgeons at Columbia University in 1974 as the founding director of the Center for Neurobiology and Behavior.

At Columbia, Kandel organized the neuroscience curriculum. He is an editor of “Principles of Neural Science,” the standard textbook in the field now in its 5th edition.  In 2006, Kandel wrote a book on the brain for the general public entitled “In Search of Memory: The Emergence of a New Science of Mind,” which won both the L.A. Times and U.S. National Academy of Science Awards for best book in Science and Technology in 2008. A documentary film based on that book is also entitled “In Search of Memory.”

In 2012, Kandel wrote “The Age of Insight: The Quest to Understand the Unconscious in Art, Mind, and Brain, from Vienna 1900 to the Present,” which won the Bruno-Kreisky Award in Literature, Austria’s highest literary award.

Kandel’s research focuses on the molecular mechanisms of memory storage in Aplysia and mice. More recently, he has studied animal models in mice of memory disorders and mental illness.