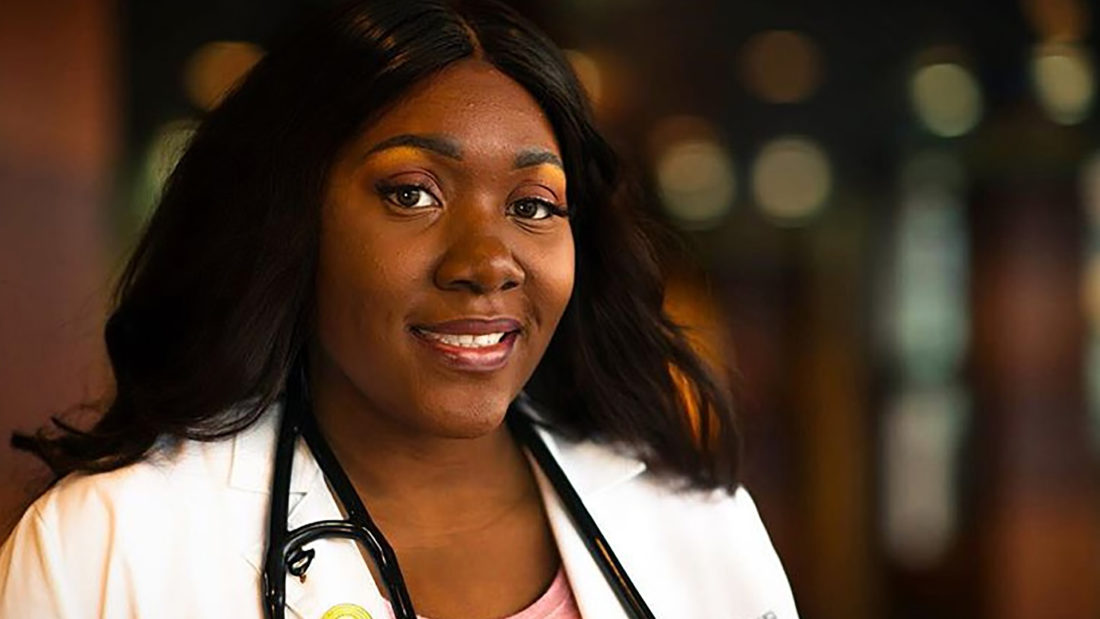 Sotonye Douglas, of North Haven, a third-year student at the Frank H. Netter MD School of Medicine at Quinnipiac University, has been elected to a two-year term as Region VII  director of the Student National Medical Association, the nation’s oldest and largest, independent, student-run organization focused on the needs and concerns of medical students of color.

Founded in 1964 by medical students from Howard University College of Medicine and Meharry Medical College, the Student National Medical Association includes more than 7,000 medical students, pre-medical students and physicians. The SNMA is dedicated to increasing the number of African-American, Latino and other students of color entering and completing medical school and to assisting in the eradication of racial and ethnic health disparities.

As director of Region VII, Douglas will represent students from six states that have 11 medical schools and 20 undergraduate colleges and universities.

“I am honored to serve as the Region VII director for the Student National Medical Association and excited to uphold the mission of the SNMA in our region,” Douglas said. “As director, I hope to not only lead the region, but continue the valuable programming we offer and expand outreach to pre-med students and younger students who are interested in careers in medicine. As the world reopens, we once again want to offer conferences and other opportunities to regain the unity that only in-person meetings bring.”

“The Frank H. Netter MD School of Medicine community is extremely proud of Sotonye Douglas for her election to this prestigious leadership position in the SNMA,” said Dr. Phillip Boiselle, dean of Quinnipiac Netter. “As a relatively new medical school, it is particularly meaningful to have leadership representation in such a venerable organization that shares our mutual goals of supporting medical students from backgrounds traditionally underrepresented in medicine, addressing the needs of underserved communities, and training the next generation of culturally competent and socially conscious physicians.”

“The financial burdens were the most discouraging for me,” said Douglas, who holds a bachelor’s degree in biology and visual art from the University at Albany and a master’s degree in biomedical sciences from the Geisinger Commonwealth School of Medicine. “I am hoping by removing some of the barriers to success, we can encourage students to persevere and remind them that someone believes in their future and is endeavoring to change their narrative.”

Outside of medical school, Douglas has been dedicated to serving lower socio-economic communities through various nonprofit projects and initiatives, including the1001 Aspirations Project,which she founded. The non-profit, which donates medical school prep course materials and other resources to students in need, is committed to impacting the lives of 1,001 students by 2026. At Quinnipiac Netter, Douglas has served as president of The Cheshire Wellness Friday Initiative and volunteered for The Health Career Pathways, a pipeline program that aims to increase the number of individuals underrepresented in medicine and provide a more diverse workforce to meet the health care needs of the communities they serve.