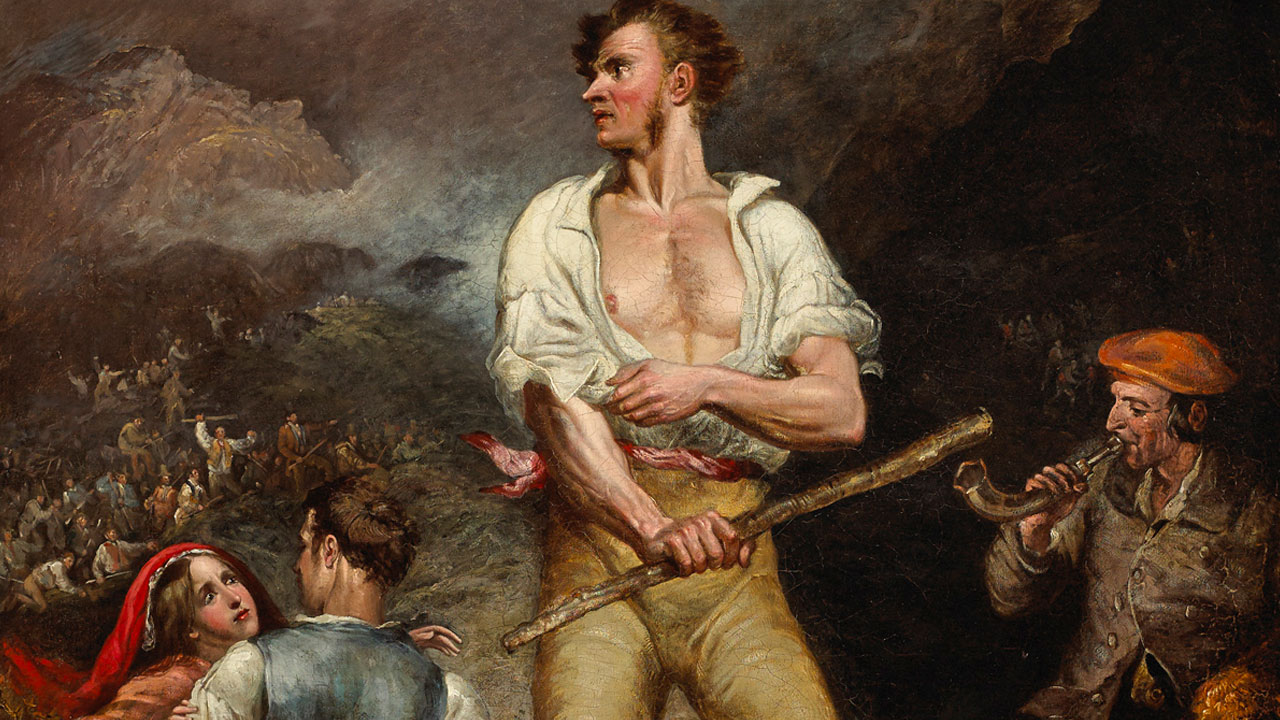 Ireland’s Great Hunger Museum at Quinnipiac University will present a new exhibition, “In the Lion’s Den: Daniel Macdonald, Ireland and Empire,” from Jan. 20 to April 17, 2016.

This exhibition, the first of its kind in the United States and the most comprehensive ever mounted, will reevaluate the undeservedly forgotten 19th-century Irish artist, Daniel Macdonald (1820-1853).

“Macdonald holds the distinction of having produced the only known painting of the Great Hunger,” said Grace Brady, executive director of the museum. “We anticipate a great response from visitors both here and abroad.”

The centerpiece of the exhibition, Macdonald’s “An Irish Peasant Family Discovering the Blight of their Store” (1847), is crossing the Atlantic for the first time, according to Niamh O’Sullivan, the museum’s curator. 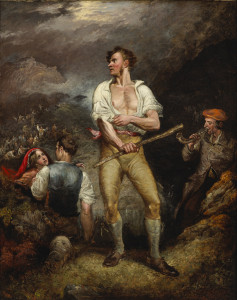 “This painting, which is displayed in the National Folklore Collection at University College Dublin, and others, will highlight the lack of famine art and reveal how artists told the story of the worst demographic catastrophe of 19th-century Europe by other pictorial means,” O’Sullivan added.

Macdonald made his debut as an artist at the age of 13. Less than 20 years later, he was dead. But in that short time, he produced an impressive number of works of striking originality, insight and skill. The exhibition will consist of 21 paintings and sketches borrowed from major museums and institutions in Ireland, as well as private collectors, in addition to two works that are part of the museum’s permanent collection.

“In the Lion’s Den” is an important landmark in Irish and Irish-American cultural and social history and will expand knowledge of themes relating to life in 19th-century Ireland.

The exhibition will be accompanied by a book by O’Sullivan, which presents exciting new research on Macdonald. The book will be available online and at the museum, and will be distributed in Ireland by Cork University Press. The museum will be closed until Jan. 19 to prepare the exhibition.

The museum received a $16,867 grant for the exhibition from Connecticut Humanities, a nonprofit affiliate of the National Endowment for the Humanities which supports cultural and historic organizations that tell the state’s stories, build community and enrich lives.

The mission of Ireland’s Great Hunger Museum is to collect, preserve, exhibit and study art, artifacts and literature relating to the Irish Famine and Great Hunger from 1845-1852. The museum educates audiences of all ages about the underlying political, social, economic and historic causes to the Great Hunger and the magnitude of the disaster. The museum contains the world’s largest collection of Great Hunger-related art by noted contemporary Irish and Irish-American artists, as well as a number of period paintings by some of Ireland’s most important 19th-century artists.