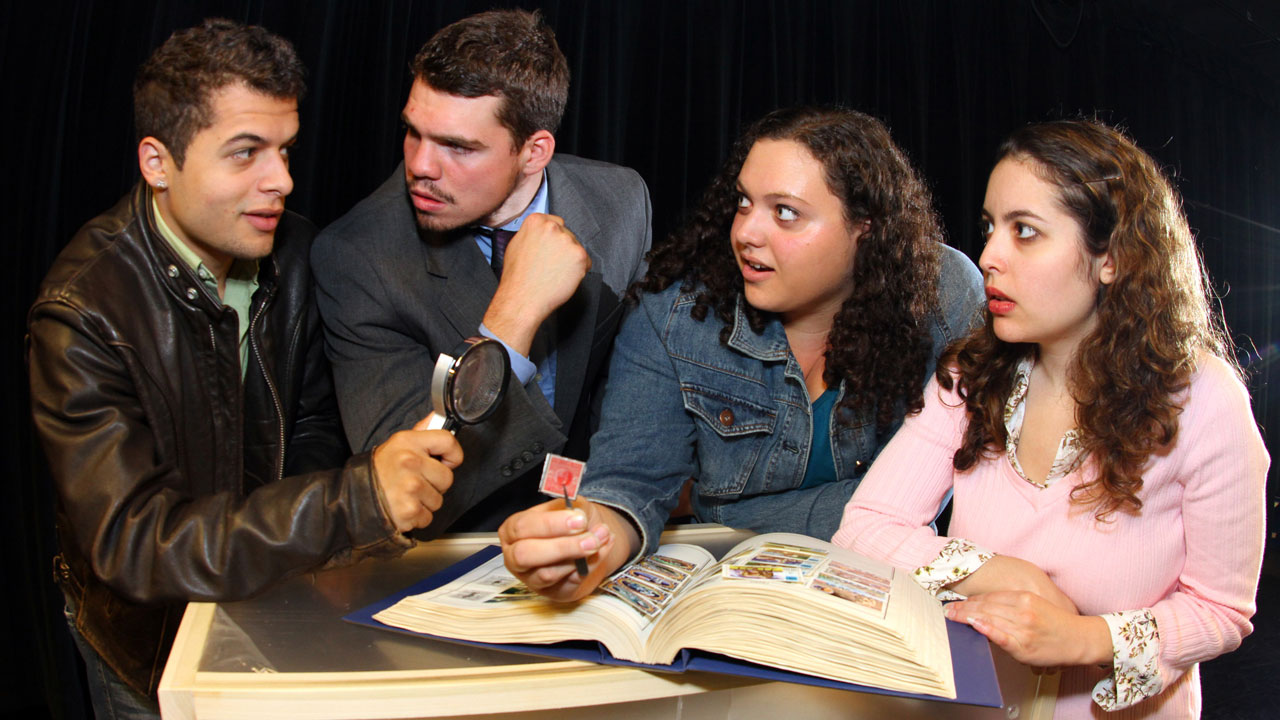 Mauritius” tells the story of Jackie and Mary, estranged half-sisters, who discover they’ve inherited two rare postage stamps worth millions of dollars.  Mary wants to keep them; Jackie is desperate to sell them. Enter three crooked and ruthless collectors who will stop at nothing, not even murder, to get the stamps.

This production will spotlight the work of the seniors in the Theater for Community program. The cast, comprised entirely of seniors, includes: Ashley DiFranza, of Hopkinton, Mass., as Jackie; Jessica Lehman, of Nashua, N.H., as Mary; Austin Demos, of Springfield, Mass., as Dennis; John Mulhearn, of New Rochelle, N.Y.; as Philip, and Michael Bobenhausen, of Danbury, as Sterling.  Emily Seibert, of Oxford, also a senior, is designing lighting. Drew Scott, an adjunct theater professor, is directing.

The production will have an extended run with performances at 7:30 each night from Oct. 8-11. On Oct. 12, the show will be performed at 2 and 7:30 p.m. The show will conclude its run with a 2 p.m. matinee on Oct. 13. General admission tickets are $12. Tickets for senior citizens and students are $8.

The guiding principle of the Theater for Community program is the conviction that theater can be a tool to foster student engagement with the local, national and global community. Students are introduced to diverse social issues and topics outside of their everyday experiences and, as a result, are forced to explore the topic from a different perspective. Using original or adapted scripts, students stage plays that address such issues as revenge, war, prejudice and justice. The program equips students to become theater professionals, but with an emphasis on using their profession to make a real difference in the world.