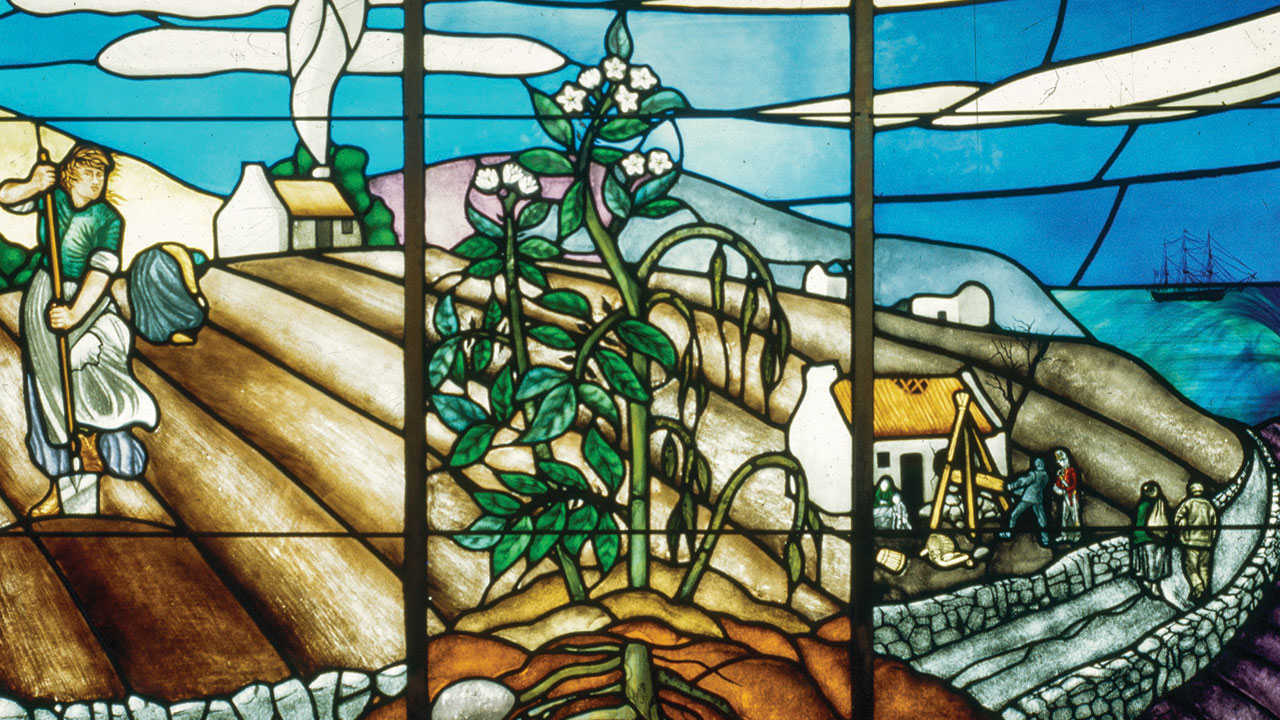 [box]Robert Ballagh’s stained glass window, “An Gorta Mór,” is among the many pieces of art at Ireland’s Great Hunger Museum at Quinnipiac University, 3011 Whitney Ave., Hamden.[/box]

Ireland’s Great Hunger Museum at Quinnipiac University will celebrate its first anniversary with a reception featuring a live harpist, wine and hors d’oeuvres from 5-7 p.m. on Saturday, Oct. 12. The museum is located at 3011 Whitney Ave.

“In its first year, Ireland’s Great Hunger Museum at Quinnipiac University has welcomed more than 10,000 visitors,” said Grace Brady, executive director of the museum. “In addition to visitors from California, Illinois, Florida, Wisconsin and the tri-state area, people from Ireland, Japan, Iceland and England also visited the museum.

“The museum hosted numerous events including lectures and musical events which helped to make the year a huge success,” Brady said. “We look forward to furthering the museum’s important mission in the years ahead through new acquisitions, installations and dynamic programming. We look forward to welcoming more visitors.”

Tickets for the one-year anniversary celebration are on sale for $25 and should be purchased in advance by calling 203-582-6500 or emailing [email protected]. Business attire is preferred. Proceeds from the event will go towards advancing the museum’s mission and allowing the museum to continue offering high-quality educational programs.