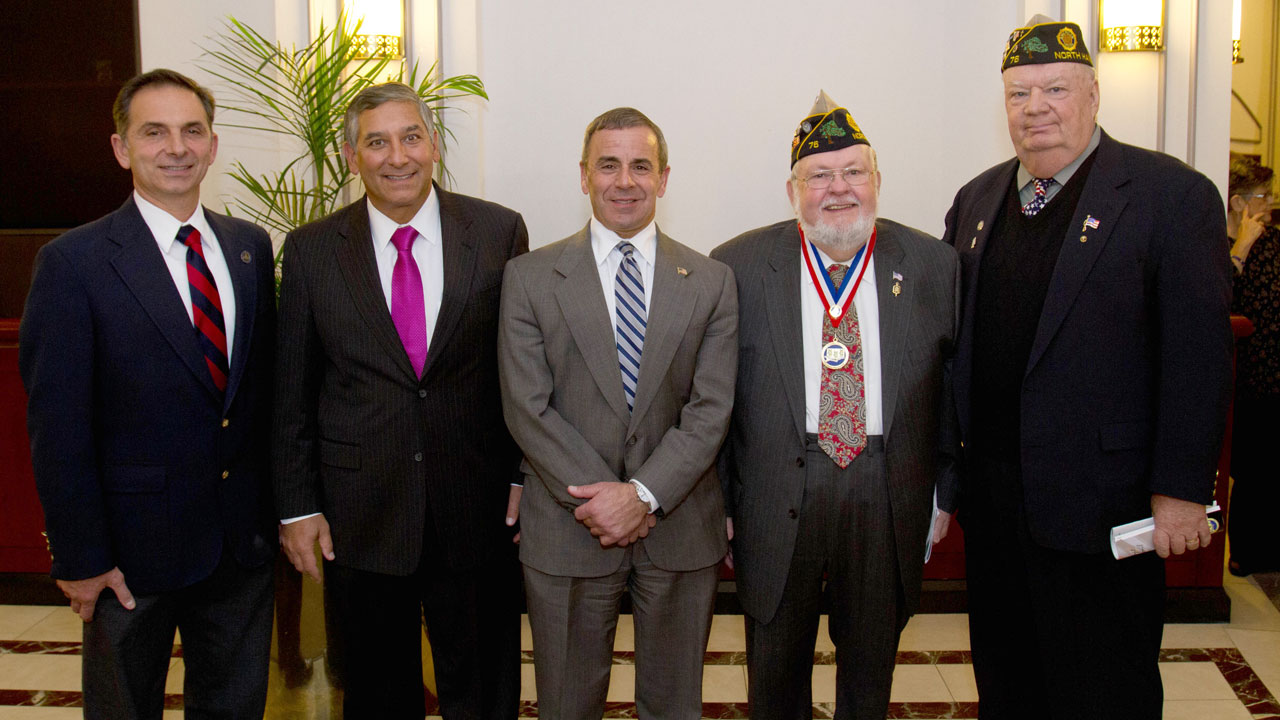 Senator Len Fasano (R-North Haven) joined Rep. David Yaccarino (R-North Haven) and 1st Selectman Mike Freda in recognizing Charles Morrissey, of North Haven during a recent Veterans ceremony at the state Legislative Office Building in Hartford. Morrissey, who served as a 1st and 2nd Lieutenant in the Army while stationed in Ohio, and later joined U.S. Army active reserve in New Haven was inducted into the State Veterans Hall of Fame.

Morrissey achieved the rank of Captain and was active until 1976, when he accepted a position as a public elementary school teacher, retiring in 2001. He was a member of the state Military Dept. 2nd Company Governor’s Foot Guard from 1995 until 2007 when he retired as a Major. He is also a member of the American Legion.

The Connecticut Veterans Hall of Fame was established to increase the awareness of the lifetime contributions of veterans after completion of honorable military service.

Each year the committee selects at least 10 inductees from applications received from across the state and nation. These veterans have been leaders in a variety of areas, such as arts, education, public service, volunteer activities, and community and business leadership to name a few.

To be eligible for the Connecticut Veterans Hall of Fame the nominee must have served their country honorably in a branch of military service and continued to serve their communities, state and nation after discharge.