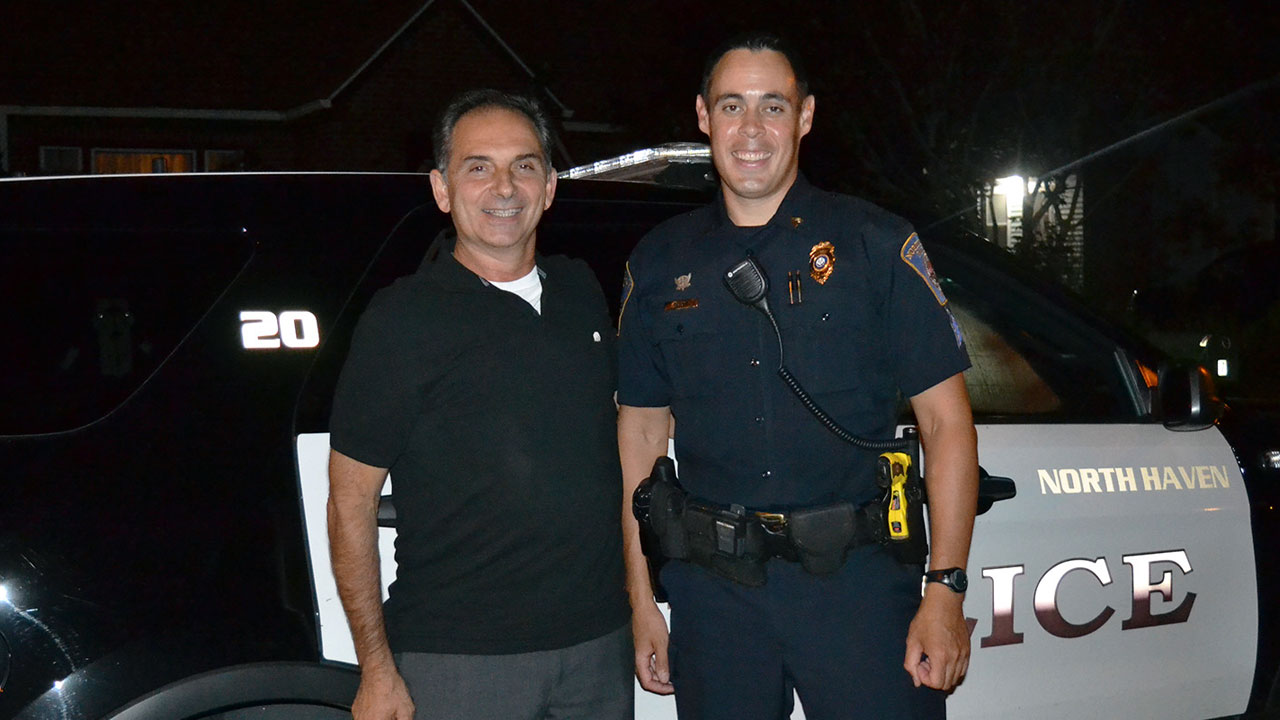 To get an up-close and personal view of the North Haven Police Department, State Rep. Dave Yaccarino (R-87) joined NHPD Sargent Matthew Falcon for an entire evening of touring the Police Department and observing as Sgt. Falcon patrolled the town of North Haven.

Rep. Yaccarino, a member of the legislature’s Public Safety Committee stated that this police ride-along gave him a deeper understanding of what our local police force endures on a daily basis, along with an often demanding schedule.

Rep. Yaccarino said, “I’m so appreciative of the opportunity to tour the North Haven police department headquarters with Sgt. Matthew Falcon. I was very impressed by the experienced force as well as the advanced technology available to the department.”

During the eight hour ride-along with Sargent Falcon, Rep. Yaccarino was able to observe the level of professionalism and understanding with which officers handle crisis situations.

“Officer Falcon was nothing but professional throughout the ride-along,” said Rep. Yaccarino. “Until you witness first-hand what our officers go though, it’s difficult to understand just how challenging their jobs can be. Whether you live in a small town or big city, being an officer and protecting our people and communities is not an easy task. I was so impressed by the North Haven police department and I’m glad I was able to take this tour.”

“I want to thank both Sargent Matthew Falcon and Lieutenant Chris Thorpe for permitting me to spend some time patrolling North Haven with them. The more that I know and can learn about what our local law enforcement officers do on the job, the better I can support their mission,” said Rep. Yaccarino.