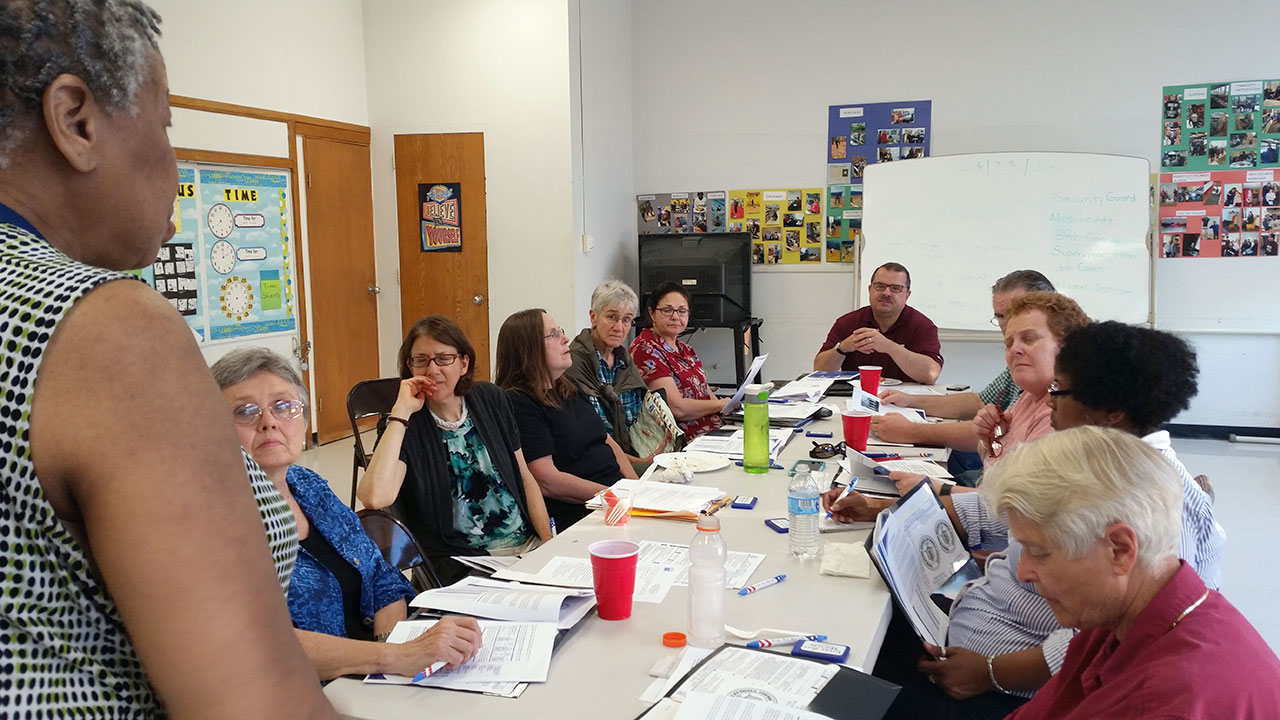 An hour of training for members of the League of Women Voters of Hamden-North Haven stretched into two as a Joan Gibson, state elections officer from the Secretary of the State office, answered questions that come up when registering individuals to become voters. The June training was arranged by League member Dan Smolnik.

Convicted felons can’t vote, but if they have done their time, paid their fines, and finished their parole they may register to vote. A person on probation retains their right to vote.

A surprising piece of information was that a homeless person who sleeps in a park or at a different friend’s home every night can register to vote. The government only needs an address where the homeless person can pick up their mail. The registrar must send each newly registered voter a letter confirming that they are now registered and may vote in elections. A homeless person who has no driver’s license and no utilities bills addressed to them can use that registrar’s letter as their identification at the polls.

Many people don’t know that they have to fill out a new voter registration card every time they move to a new address, even if it’s in the same town. You can pick up a voter registration form from members of the League of Women Voters at Hamden and North Haven towns’ summer concerts.