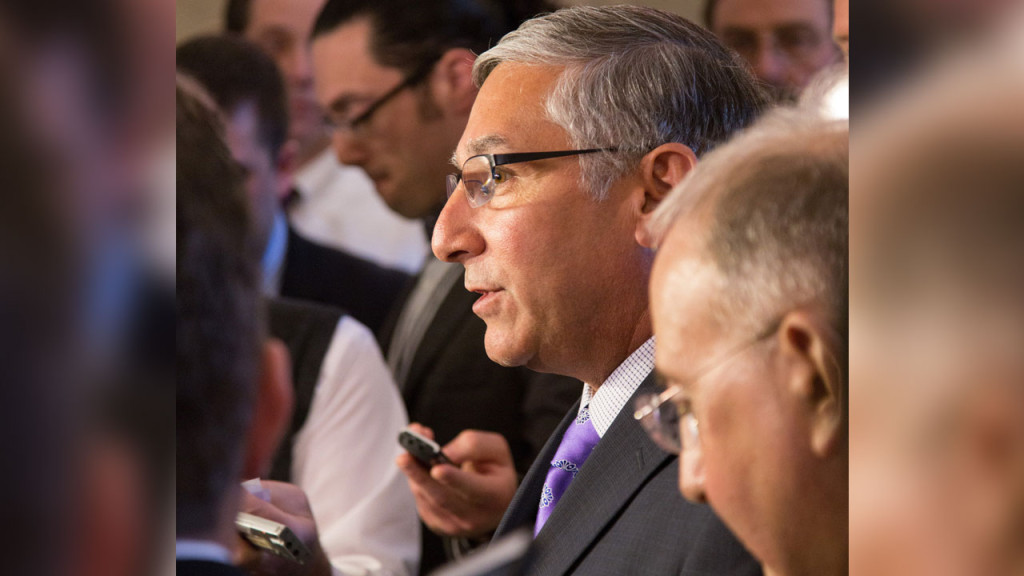 Senator Fasano and Senator Looney address the press before the Senate vote on the bipartisan plan.

“True leadership means staying at the negotiating table, hashing things out and reaching a compromise,” said Senate President Martin M. Looney (D-New Haven) and Senate Majority Bob Duff (D-Norwalk) in a joint statement. “Today’s bipartisan agreement once again demonstrates that Democrats were willing to compromise in a way where we didn’t abandon our principles of protecting our investments in property tax relief, community hospitals, education, transportation and the safety net. We remain committed to making long-term structural changes to benefit the hardworking families of Connecticut.”

“It’s extremely challenging to fix a budget with only a few months left in the fiscal year. However, thanks to the hard work of our leaders, senators, representatives and staffs, as well as the governor’s office, we have a comprehensive solution that includes ideas from both sides of the aisle,” said Senate Minority Leader Len Fasano (R-North Haven). “I firmly believe the best legislation is that which has bipartisan input. Only when we explore a problem with multiple different perspectives can we fully understand the issue and therefore achieve a complete solution. I applaud the governor for calling on lawmakers to work together. I applaud my Republican colleagues for putting together a solid proposal to start the conversation. And I applaud the Democrats for sharing their ideas and working together to put forward legislation that is reflective of all parties. This bipartisan package will preserve funding for the most vulnerable in the state, protect our towns from painful cuts, restore funding to our hospitals to care for the sick and elderly, and make the appropriate level of cuts to balance the budget and initiate savings for future years,” said Fasano.